Murder In The Suburbs Cast and Filming Details 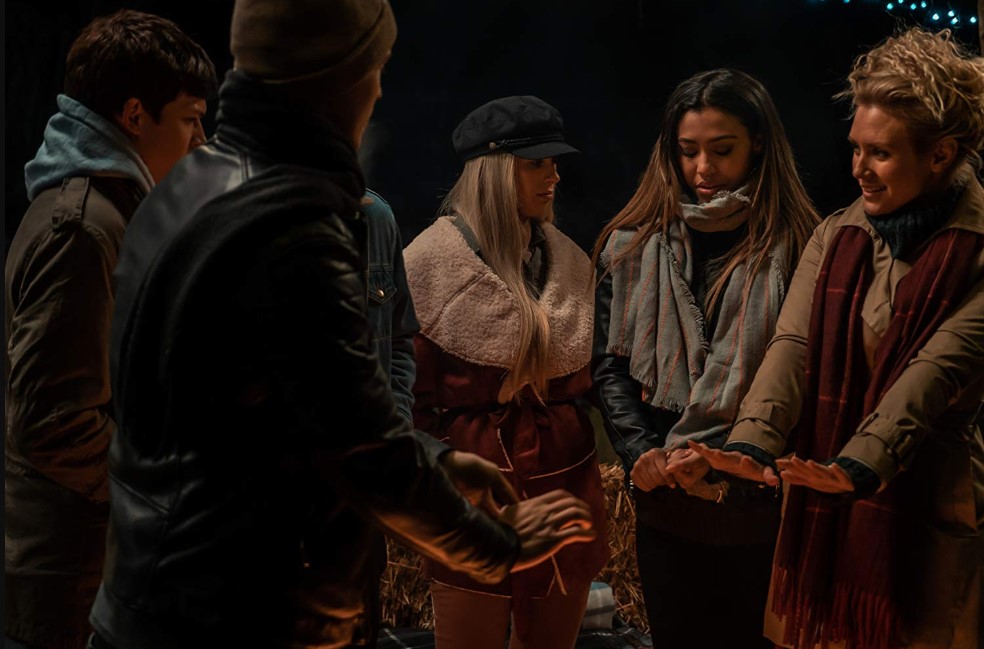 Lifetime has always tried to come out with movies of different flavors to keep its audiences engaged. From romantic comedies to hard-boiled thrillers- everything remains within the purview of this unique television network which is constantly trying to keep its audience happy. ‘Murder In The Suburbs’ is the latest addition to Lifetime’s already impressive oeuvre of thriller films. The film is written by Georgina Garcia Riedel and Anthony Del Negro, and directed by Tim Cruz.

‘Murder In The Suburbs’ deals with the psychological issues of losing one’s entire family at one go. The story of the film centers around the Pruitt family who are on a vacation to Whispering Pines. They book an Airbnb at the house of Megan Meyers, a woman who has recently lost her two children and her husband in a terrible car accident. We soon come to know that there is some secret behind the accident, and that there is a group of teenagers who were directly or indirectly involved in it. The teenage daughter of the Pruitts might have something to do with it as well. These thoughts start to weigh down Megan as she slowly begins to lose her sanity. This is when Amy Pruitt finds out that her host might be a threat to her family. She must act soon to avoid any serious consequences.

Most TV movies have to be filmed in one particular location due to budget constraints, and ‘Murder In The Suburbs’ has most probably followed a similar path. Read on to find out more about the film’s cast and shooting locations:

Murder In The Suburbs Cast:

Nicky Whelan plays the character of Amy Pruitt in this film. She has earlier had major roles in the TV shows ‘Neighbors’, ‘Scrubs’, ‘From Dusk Till Dawn: The Series’, ‘Satisfaction’, and ‘Matador’. She has also been a part of a number of TV movies over the years.

Anna Hutchison portrays the character of Megan Myers. Also a TV veteran, Hutchison has been a part of shows like ‘Anger Management’, ‘Spartacus‘, ‘Go Girls’, ‘Wild Boys’, and so on.

The character of Amy’s son Luke is played by Ricky Garcia. You can see him in shows like ‘Red Rubie’, ‘Alexa And Katie’, and ‘Best Friends Forever’. Other important characters in the film have been portrayed by Alexandria DeBerry, Trevor Stines, Kara Royster, and others.

Murder In The Suburbs Filming Locations

Unlike the big-budget Hollywood blockbusters, small TV movies such as ‘Murder In The Suburbs’ have to be filmed either in indoor locations, Los Angeles or in certain parts of Canada where the authorities offer film production companies certain tax benefits. However, these probably are not the locations where this particular movie was filmed.

Although we are not aware of all the filming locations of this movie, one thing is for certain, and that is the fact that most of it has been shot in Louisville, Kentucky. According to reports, the producers of the film had sent out a casting call for teenage extras to be a part of a house party scene. Adult extras were also invited to be a part of other unspecified scenes in the movie.

Moreover, the Pruitt family go for their vacation to Whispering Pines, which is also located in Louisville itself. We can thus presume that some part of the movie was filmed here. The natural beauty of the place and the isolation that it offers from civilization might play well with the mood of the film. Here’s a photo of picturesque Louisville.