TIFF Review: ‘My Days of Mercy’ is Emotional and Riveting 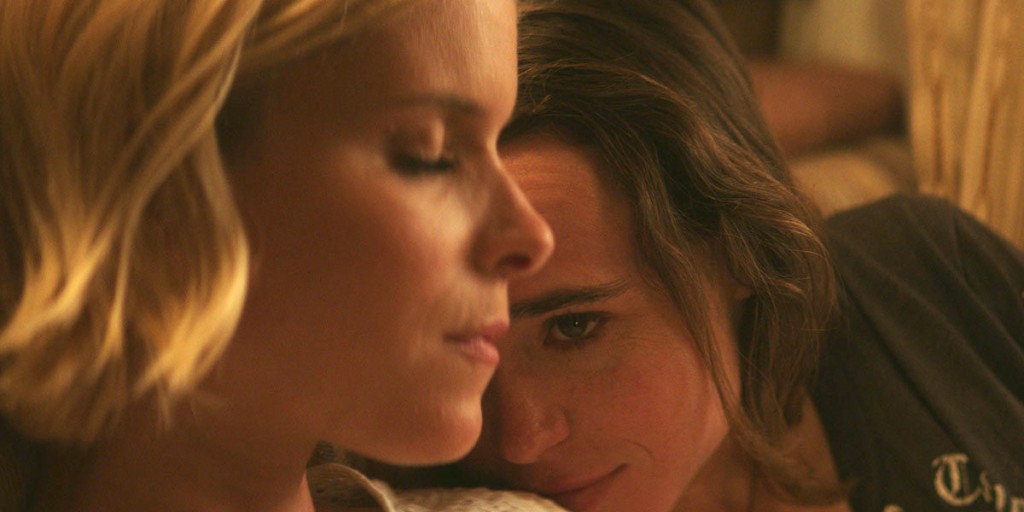 Lucy (Ellen Page) is an anti-death row activist, traveling with her older sister Martha (Amy Seimetz) and younger brother Benjamin (Charlie Shotwell) around the United States to the sites of death row inmates for the day of their executions, protesting.

Mercy (Kate Mara) attends the execution of the man who murdered her father’s partner where she meets Lucy, who is outside protesting. The two form an intense romantic relationship despite the fact that Mercy is on the opposing side of the political issue. Lucy travels hours to visit Mercy in the family’s motor home and Mercy even drives Lucy all the way back home in return. Both leads are phenomenal, bearing it all in every way imaginable. Mara shows that she is (along with her sister, Rooney) capable of great work; a promising future. Ellen Page should easily be nominated for Best Actress at this year’s Oscars.  Even if she doesn’t, this is the finest work I’ve seen from her to date. Simply brilliant.

It is revealed that Lucy’s father Simon (Elias Koteas in a top-notch but minuscule role) is on death row for the murder of Lucy, Martha and Benjamin’s mother, something he denies. The family has visited and supported him since his incarceration, doing everything they can to stay his death sentence, hoping now that a technicality may be the only way to save his life, something that will not exonerate him from the crime in the minds of the public or, it would seem, to Lucy. Mercy is fully supportive of Lucy and does not protest when the latter proclaims her father’s innocence. With Simon’s execution date approaching fast, Mercy provides Lucy a contact for a new-type of forensic investigation as a means of helping with her father’s case. The results of which could safe his life and clear his name, or put the nail in his coffin.

Without spoiling anything else I must say that resulting drama is emotional and riveting in a very affecting way; with Page, Mara, Koteas, Seimetz and Shotwell all delivering great performances. Definitely keep an eye out for this one.