When Will Boku No Hero Academia Season 4 Episode 11 Premiere? 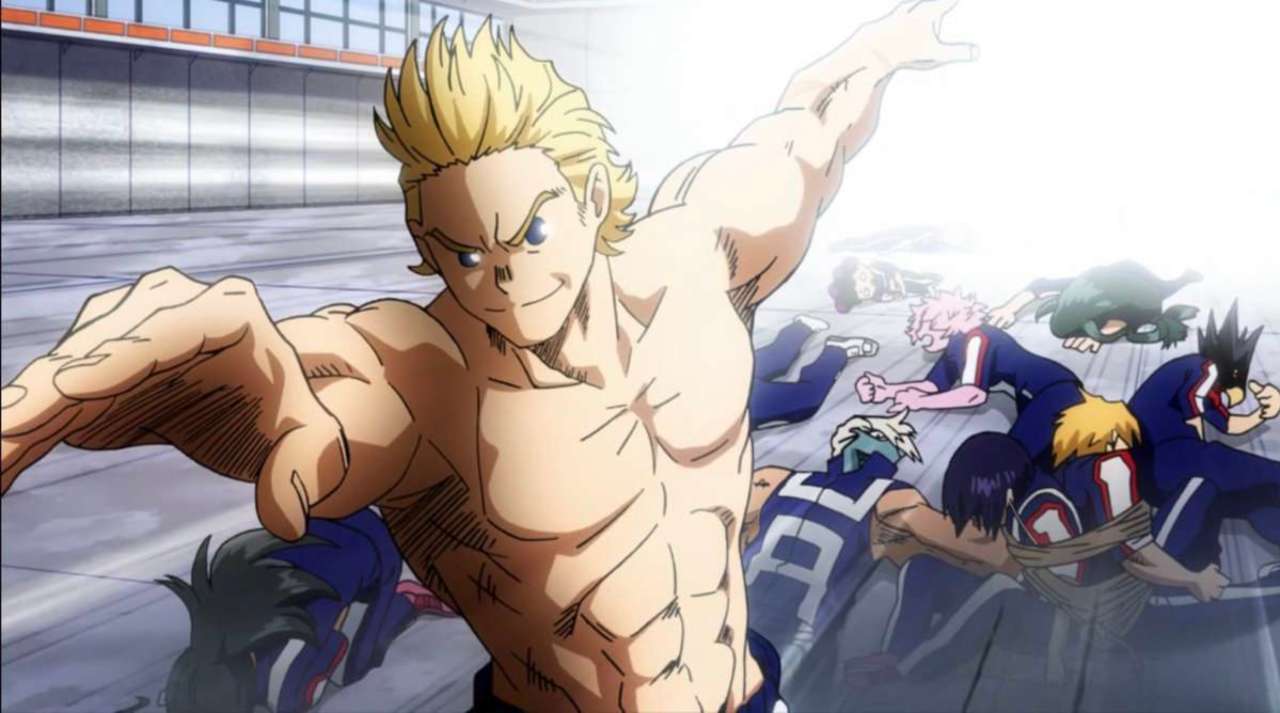 At this point, expectations from ‘My Hero Academia’ are soaring higher than ever and the anime very well deserves the hype that surrounds it. Though it started off a bit weak, in no time, season 4 proved that it has the potential to be the best season so far. With its intense character backstories, high production value and terrifying antagonists, ‘My Hero Academia’ has kept glued to it. But this is just the beginning of a very interesting arc that lies ahead. We’ll be further discussing all the potential plot points that the anime might cover in the next episodes, but before that, let’s first walk through its official release date and streaming availability.

‘My Hero Academia’ Season 4 Episode 11 will release on December 28, 2019. You can stream the English dubbed version of the anime on Crunchyroll.

My Hero Academia Season 4 Episode 11 Spoilers: What to Expect?

In episode 10, Eraserhead and Deku got left behind while Overhaul went way ahead of them with the rest of the heroes and cops. Meanwhile, it seems like Fat Gum and Red Riot are already done. Fat Gum might still be able to move ahead with the mission, but now that he is responsible for Red Riot, he’ll probably get him to safety first. So we won’t be seeing much of them in the next few episodes and even if we do, they won’t really hold much significance in the overarching plot. They played their role and they have played it well. Similarly, for Suneater, since he, too, collapsed after his battle with the bad guys in episode 9, he’s probably not going to play much of a role in what lies ahead. Even so, ‘My Hero Academia’ might just surprise with his return.

Now if we look at Overhaul’s character, apart from a few flashbacks, we haven’t really seen much of him since the first few episodes. However, Episode 9 subtly hints his true potential and shows how strong he is compared to all the other villains who are working under him. A brutally strong guy like Rappa, who almost killed Fat Gum and Red Riot with his blows, did not stand a chance against Overhaul. So clearly, Overhaul’s stance as a leading villain is no joke. And as the post-credits scene of episode 10 suggests, we will finally get to see him in action against Togata. What makes this upcoming battle really interesting is the unpredictability of its outcome.

Mirio, surprisingly, has played a key role in this season and has also been featured in the OP alongside Deku. But now that he’ll be facing Overhaul in the next episode, as viewers, we must prepare ourselves for the worst because, from the looks of it, Mirio still seems to be far from his full potential. There is a potential “death flag” surrounding his character. Think about it, if something happens to Mirio, it will force Deku to become much stronger.

But then again, since Mirio is one of the key characters of this season, I don’t think he’ll be gone so easily. It is possible that eventually, Nighteye, along with other heroes, will be able to catch up with him on time. And as for Deku, we will definitely get to see him in action against Mimic in episode 11. The outcome of their battle is fairly predictable. But I’m pretty sure that the animation quality of the fight scenes is going to be off the scales this time. So be prepared for “the glory of Lemillion” (that’s a major spoiler btw).