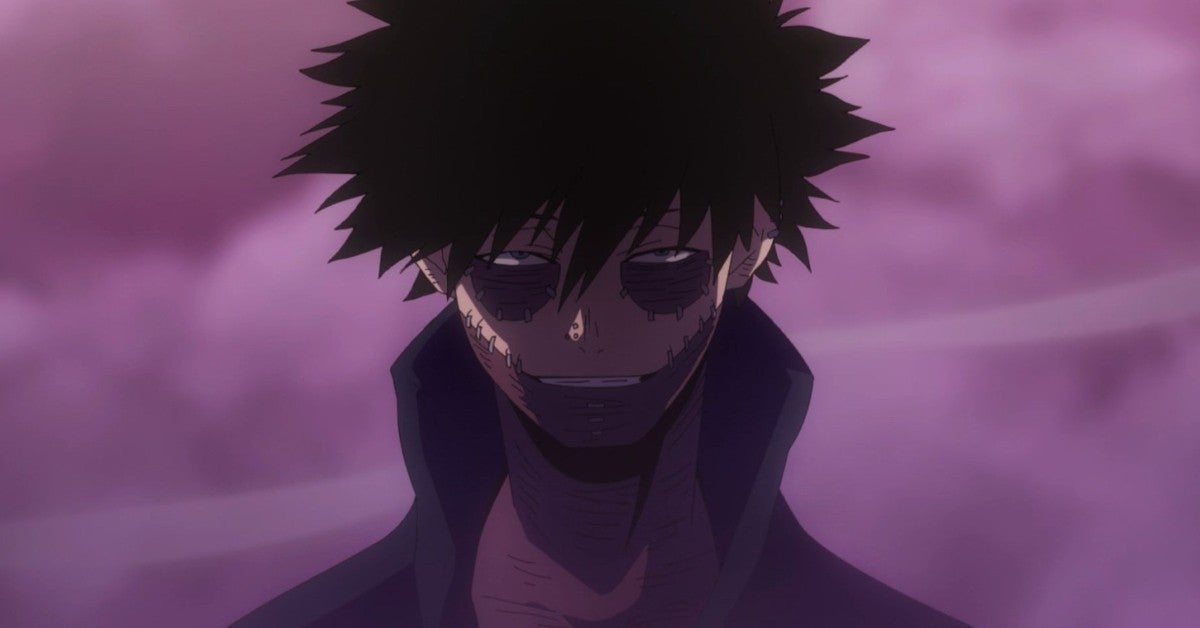 Based on a Japanese manga series written and illustrated by Kouhei Horikoshi, ‘My Hero Academia’ or ‘Boku no Hero Academia’ is a superhero action anime series set in a world where 80% of the total population is born with various abilities. These abilities or Quirks can be of infinite varieties. However, the protagonist, Izuku Midoriya, was born without any gift and endured ridicule and hardships because of it. But his life changes when All Might, the greatest hero in the world, chooses him as his successor for his Quirk, “One For All.” The young boy subsequently begins attending U.A. High School with the hopes of becoming a professional hero someday.

In ‘My Hero Academia’ Season 5 Episode 2, the story returns to follow the manga’s Pro Hero Arc after the anime original season 5 premiere. Here is everything you need to know about the ending of episode 2. SPOILERS AHEAD.

The episode focuses on the current top two heroes in the world, Endeavor (or Enji Todoroki) and Keigo Takami (or Hawks), and the reasons for the latter’s apparent shift in the alliance. It is revealed that Hawks is trying to infiltrate the League of Villains to bring them down from within. The episode also depicts an important development in Endeavor’s character as he finally acknowledges the damage he has done to his family and decides to seek atonement.

The last part of the episode offers Midoriya’s perspective of the final moments of season 4, in which he wakes up from his dream about past users of One For All and the supervillain known as All For One. He then discovers his hand has started to glow.

Midoriya is the ninth and current user of One For All Quirk. The first is the yet-to-be-named younger brother of All For One. Although the first user was born with a delicate constitution, he had a strong sense of morality and justice and vehemently rebelled against his brother’s megalomaniac actions. The show hasn’t yet revealed much about the other users, except for Nana Shimura, the 7th user of the Quirk and All Might’s former mentor. For the first time, Midoriya starts to understand exactly how One For All is transferred between one user to the next.

As All Might previously explained to him, the Quirk’s name is self-descriptive: a single Quirk for all its users. The Quirk is transferred through the ingestion of the previous user’s DNA (in Midoriya’s case, it was All Might’s hair). In the dream, Midoriya watches as All For One gives the first user an ability that he thinks even his frail and weak brother can use. This implies that at least part of the Quirk that Midoriya now has come from All For One. Before the dream ends, Midoriya discovers that the past users can communicate with him. The first user acknowledges Midoriya as his successor as their hands meet. Midoriya’s hand starts to glow when he wakes up because his Quirk has become activated on its own, indicating that his power level has increased following the interaction.

Will Shouto and His Siblings Ever Forgive Endeavor (their father)?

They might. It seems that they are heading in the right direction. Endeavor is one of the most complex characters in ‘My Hero Academia.’ He is capable of incredible sacrifice and bravery, but his abhorrent cruelty toward his family has led to the mental breakdown of his wife and left permanent damage to the emotional and physical health of his children. The episode marks a turning point in the character’s arc as Endeavor, broken and battered from his battle against High-End, finally seeks forgiveness. This is likely due to his encounter with Dabi, as they seem to have a history together. 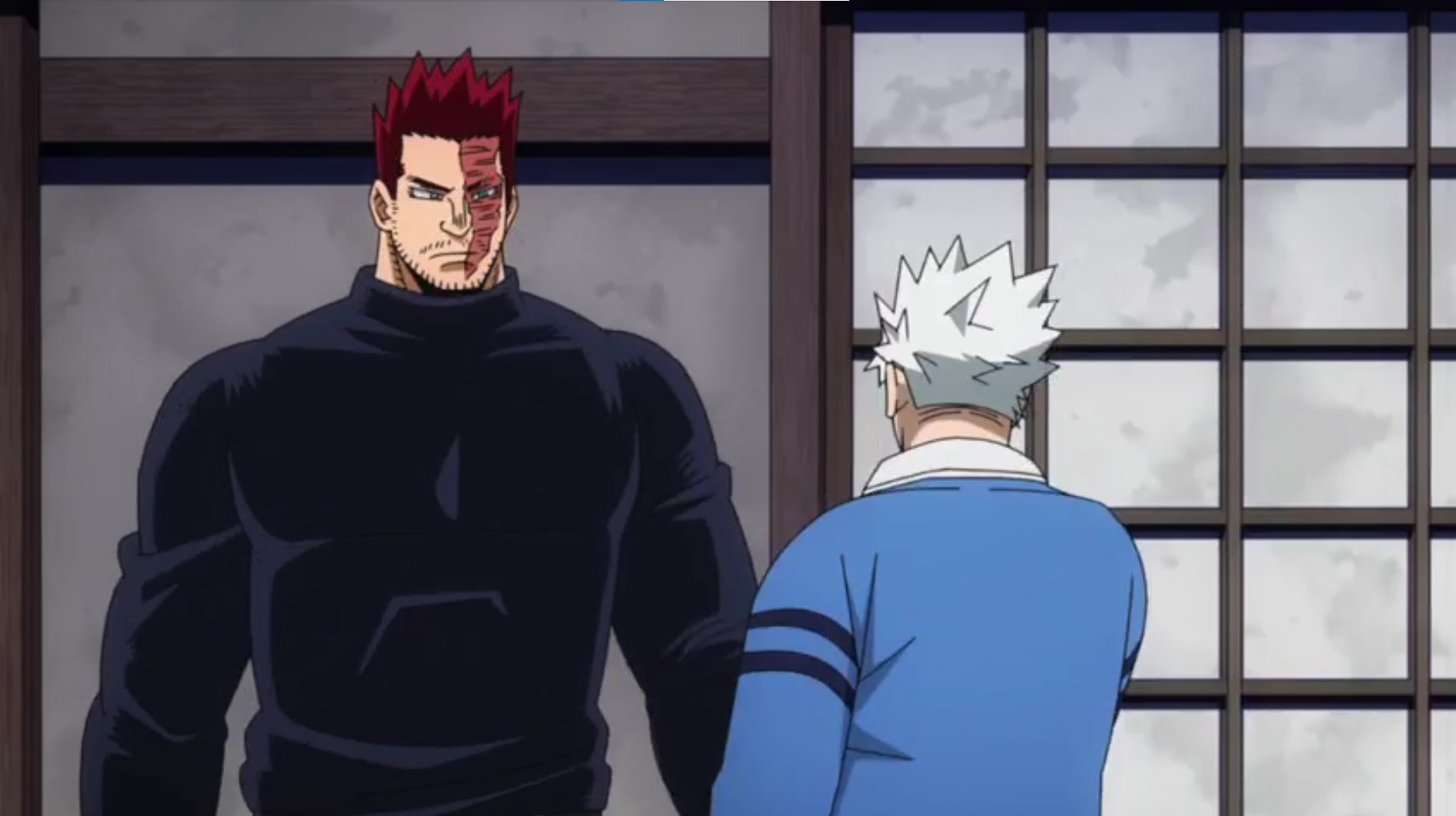 His daughter, Fuyumi, seems to be the most willing to put the past behind them, while Natsuo remains as antagonistic as ever. Still, as Shouto points out, he has never seen Natsuo this emotional, so this seems like progress. As for Shouto himself, he is somewhere between his two siblings. He is open to hearing what his father has to say but refuses to let his guard down around him.

Who Was the Pro Hero Snatch? Did Dabi Kill Him?

Snatch or Sand Hero: Snatch was a professional hero whose real name was Sajin Higawara. Distinguished by his bushy, white mustache and muscular appearance, Snatch also worked as security for police officers. In season 4 episode 14, Dabi kills him by engulfing him in his blue flames during the confrontation between the League of Villains and pro heroes. Initially, when Endeavor mentions Snatch, Dabi doesn’t recall who he is. However, Dabi later remembers what the Sand Hero said about the victims of his atrocities. Snatch was acutely empathic toward the suffering of the victims of crime and made his life’s mission to help them in any way he could.

When Snatch encountered Dabi, he correctly deduced him to be a mass murderer and psychopath. Despite this, he tried to reach out to the young villain by reminding him of the effects of his actions on his victims’ families. In the present day, Dabi reflects that he has thought so much about them that he has lost his sanity. Evidently, he takes pleasure in seeing people suffer because of him.