The battle between the League of Villains and the Meta Liberation Army continues in episode 22. Twice’s traumatic past is revealed as he tries to overcome it to help Himiko. Skeptic’s Quirk forces him to confront his demons. Meanwhile, Dabi fights the powerful Ice Manipulation Quirk user, Geten. After successfully getting over his trauma, Twice floods the streets of Deika City with his clones. He finds Mr. Compress and Tomura, and the current head of the League of Villains asks for his help to get to Re-Destro. Here is everything you need to know about the ending of ‘My Hero Academia’ Season 5 Episode 22. SPOILERS AHEAD.

Titled ‘Sad Man’s Parade,’ the 22nd episode celebrates one of the criminally underappreciated characters in the series, Twice or Jin Bubaigawara. In flashback scenes, the episode offers details on Twice’s childhood, what caused his trauma, and why he values Jiran so much. At Central Tower, Re-Destro watches as Twice loses his grasp on sanity. Re-Destro’s associate, Skeptic, knows the true potential of Twice and intends to recruit him for the MLA. However, Himiko is a different matter. She killed Curious, and the entire Meta Liberation Army now wants her dead.

As the League keeps fighting against overwhelming odds, they hope that Gigantomachia will arrive in time, and he and the MLA will destroy each other. Daruma Ujiko wakes him up with All For One’s voice, and Gigantomachia immediately sets out to find Tomura. In Deika City, Twice realizes the extent of his powers and helps Tomura gain access to Re-Destro.

My Hero Academia Season 5 Episode 22 Ending: What Traumatized Twice? Why Is Jiran Important to Twice?

The puppets that Skeptic has sent after Twice and Himiko physically resemble Twice. While some of the puppets hold Twice down, others try to snap Himiko’s neck. This seems to activate Twice’s trauma, an outcome that Skeptic apparently has predicted. Twice starts to question whether he is the one trying to kill one of the few people that have been kind to him.

In flashback scenes, it is revealed that Twice lost his parents when he was in middle school. And as he wasn’t close to any of his relatives, he was truly alone in the world. He lost his job after accidentally running over the executive of one of their clients with his motorcycle. He subsequently began to create clones with his Quirk so that he would have someone to speak to. In time, he grew bolder and began committing crimes with his clones. 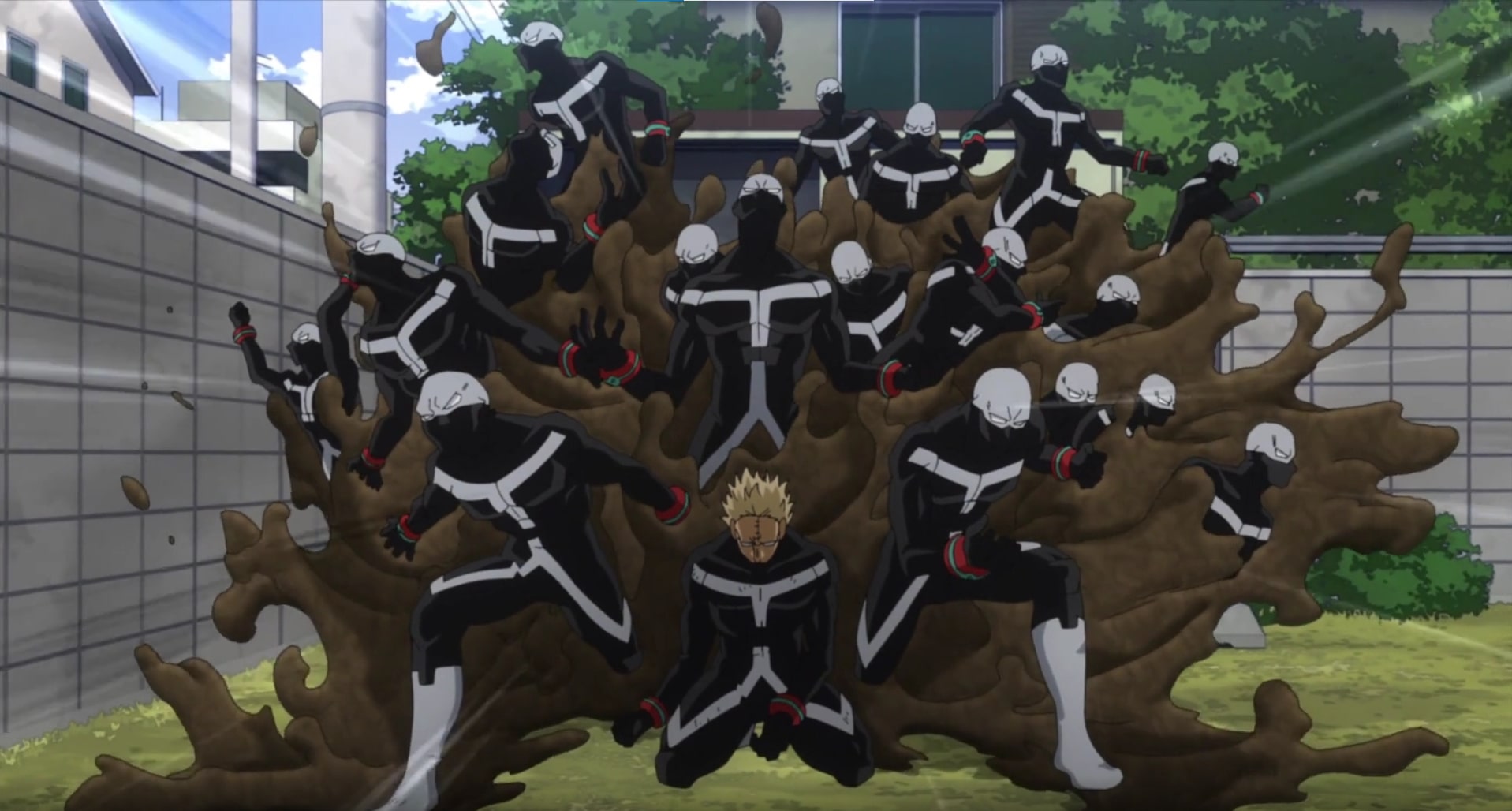 Almost inevitably, there came a point when he couldn’t trust even himself. One day, the clones killed each other in a violent incident that traumatized him. He also started to fear that he wasn’t Jin Bubaigawara but merely a clone and that the real Jin Bubaigawara died during the incident. Twice’s clones are much weaker than normal humans. They vanish after receiving an injury equivalent to a broken bone on an adult individual.

It is revealed that it was Jiran who introduced him to the League. And for that, Twice has been perpetually grateful to him. Twice’s fear that he is a clone and will vanish after a minor injury has prevented him from joining the fights for the League. In the present time, as Skeptic’s puppets break his arms, he experiences excruciating pain but doesn’t vanish, making him realize that he is the real Jin Bubaigawara after all. This realization helps him overcome his trauma, and he subsequently overwhelms Skeptic’s puppets with his countless clones, filling the entire city with them. He not only saves Himiko but also goes to help Dabi, Mr. Compress, and Tomura.

This episode offers only a few hints about Re-Destro’s Quirk and its enormous potential. The audience sees a black spot spreading across his face as he is forced to engage the League members personally. This can only mean that the spot is somehow connected to his Quirk. 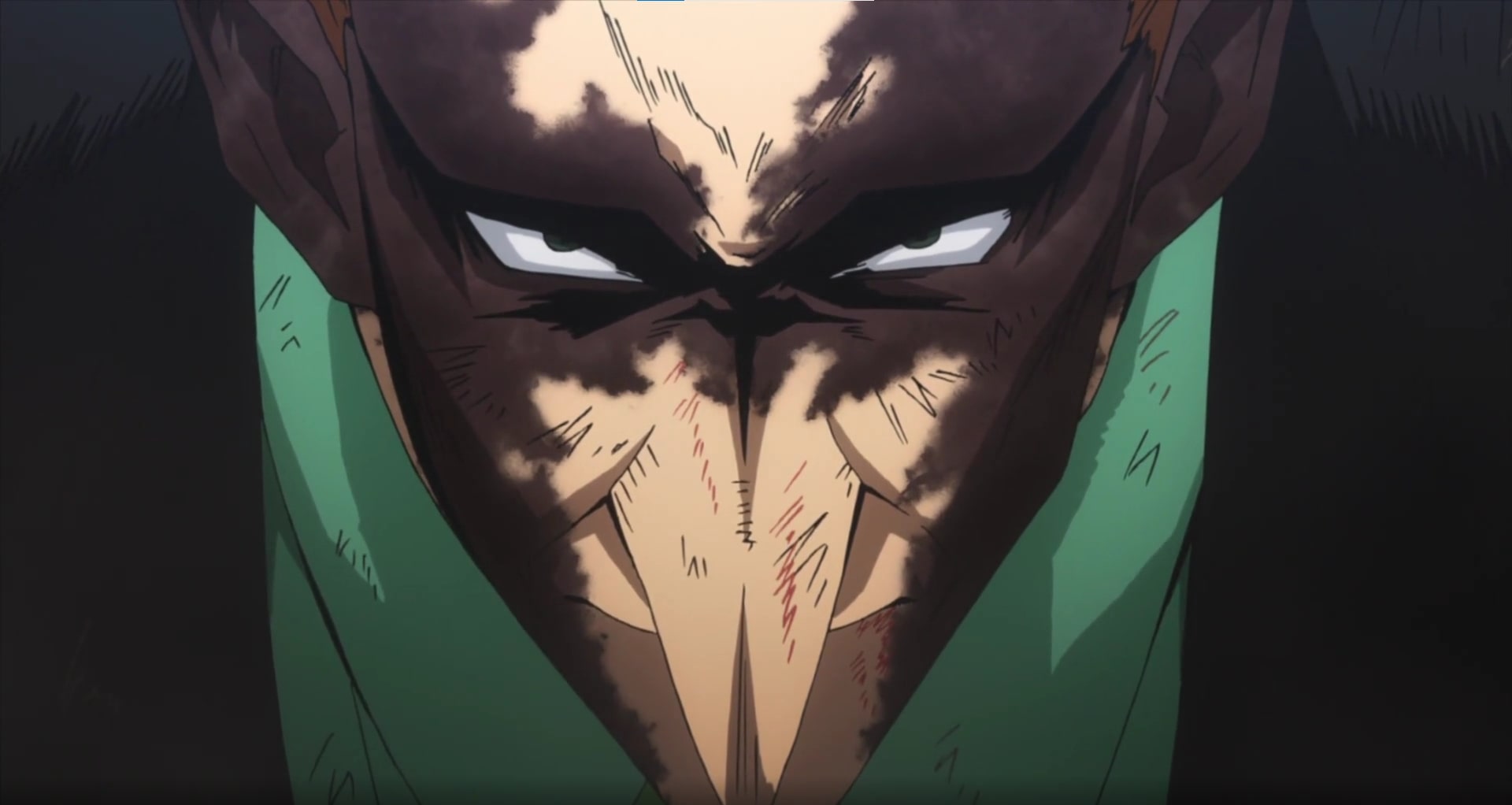 Re-Destro’s Quirk is called Stress, which allows him to use his negative emotions, such as hate, frustration, and envy, as fuel for pure power. And he can use this power to increase his strength or make himself or part of him bigger. When the black spot manifests on his body, it signifies that he is using his Quirk. As shown in this episode, it’s a very powerful Quirk. Re-Destro easily defeats an army of Twice’s clones with a sweep of his Stress-enhanced hand. The episode ends as Tomura arrives and brings down the tower with a single touch, setting up the fight between him and Re-Destro in the next episode.

As negative emotions fuel Re-Destro’s Quirk, positive ones have adverse effects on it. If ‘Re-Destro experiences joy, happiness, or peace, they effectively lower his stress, and that in turn decreases the power of his Quirk.