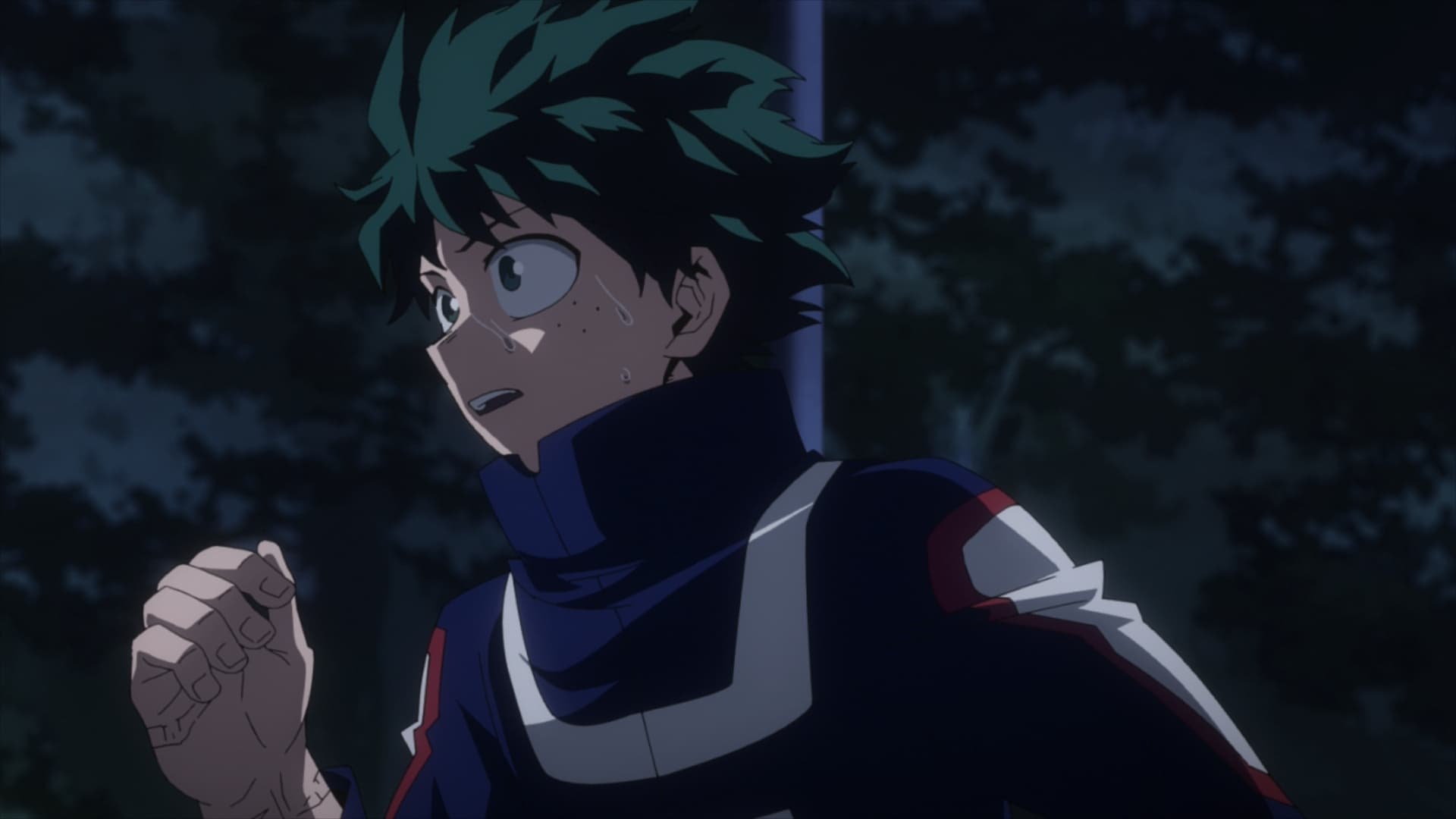 ‘My Hero Academia’ or ‘Boku no Hero Academia’ is a massively popular superhero action anime series. The story takes place in a world where 80% of the population has superpowers or “Quirks.” The protagonist, Izuku Midoriya, grows up being an ardent admirer of superheroes but never develops a Quirk. His life undergoes a drastic change when All Might, the greatest hero of his time and Midoriya’s favorite, chooses him as the successor for his One For All Quirk.

The story subsequently revolves around the protagonist’s time at U.A. High School, one of the best hero academies in Japan, and his relationships with his classmates, teachers, and other students at school. In season 5 episode 3, the competition between Classes 1-A and 1-B starts. Here is what you need to know about its ending. SPOILERS AHEAD.

Episode 3 begins with Midoriya’s dream about past users and All For One. The First User speaks to him and welcomes him to the ranks on behalf of other past vestiges of the Quirk. After Midoriya wakes up, he realizes that he can’t go back to sleep, so he ventures out for a run. The following day, he tells All Might everything he saw in the dream. When All Might was younger, he also had this dream.

Nana Shimura, his teacher and the 7th user, explained it as the “impossible dream.” According to her, the Quirk records the hopes and aspirations of those who wield it, and after a certain user dies, those records remain as part of the Quirk and are passed down to the next user along with it. This way, even though the previous vestiges are dead, they meet each other and the current user through the Quirk. 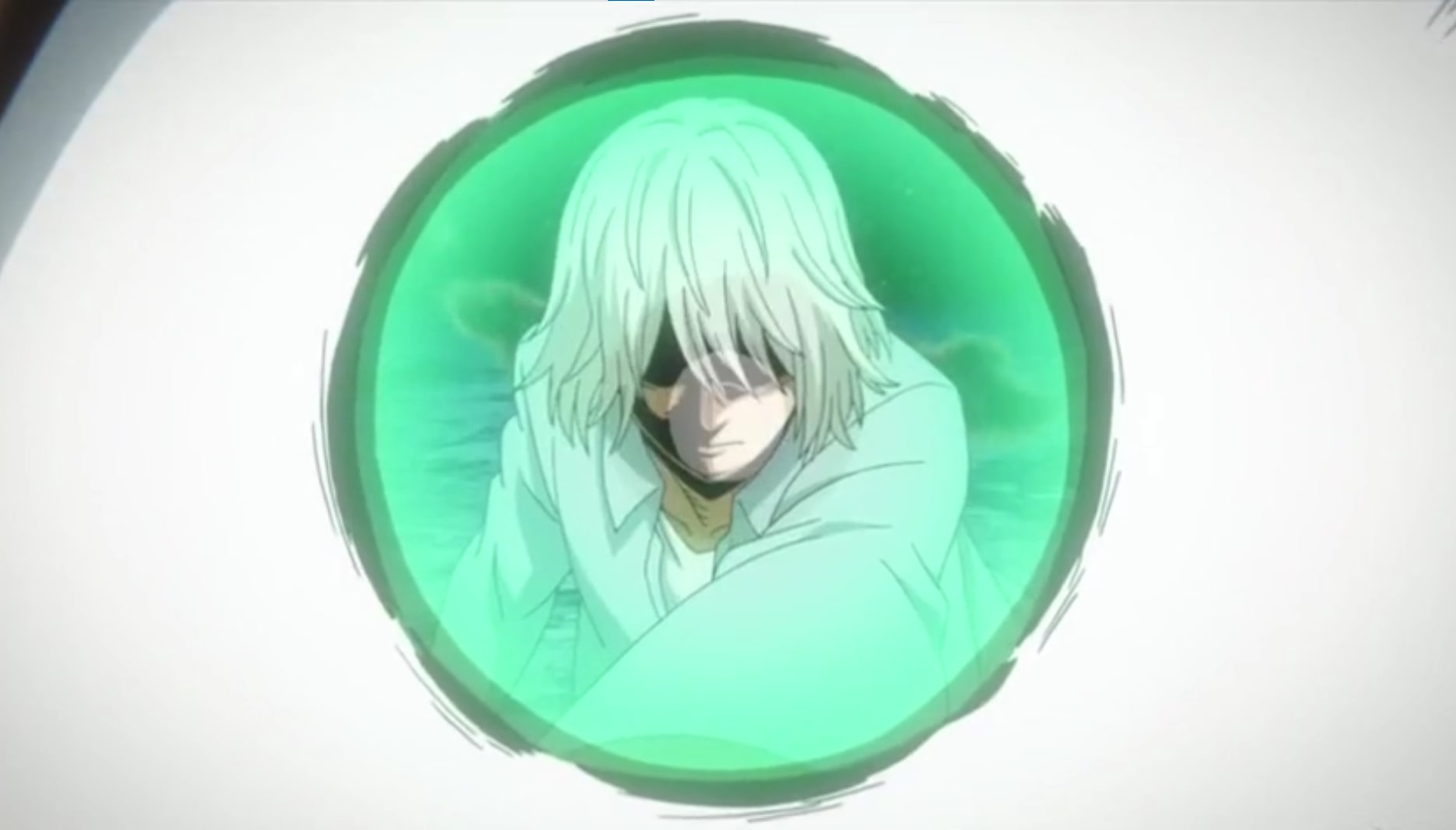 However, All Might admits that he never interacted with the First User and ponders what he (the First User) meant by telling Midoriya about the singularity. Midoriya thinks that it might be related to the Quirk Singularity Doomsday Theory. Meanwhile, classes 1-A and 1-B prepare for their competition at Ground Gamma. It is revealed that Hitoshi Shinso of class 1-C will also participate. Shinso has the ability to brainwash people and control their minds, making him a valuable addition to whichever teams he joins.

The homeroom teachers of classes 1-A and 1-B, Shouta Aizawa and Vlad King, explain that Shinso will participate in two matches, one for each class. In the first match of the competition, Team Asui, comprised of Tsuyu Asui, Eijirou Kirishima, Denki Kaminari, Koji Koda, and Shinso, goes up against Ibara Shiozaki, Kosei Tsuburaba, Hiryu Rin, and Jurota Shishida from Class 1-B.

My Hero Academia Season 5 Episode 3 Ending: What Does Hitoshi Shinso’s Mask Do?

The moment Shinso appears in front of the students of classes 1-A and 1-B at Ground Gamma, he clarifies that although he knows many of them from previous competitions, he is not there to consolidate any friendship. He acknowledges that he is far behind the others and sees them as obstacles in his path to become a full hero. Like everyone else, Shinso seems to have received drastic updates in his gear, including a mask and the binding cloth that resembles that of Aizawa. 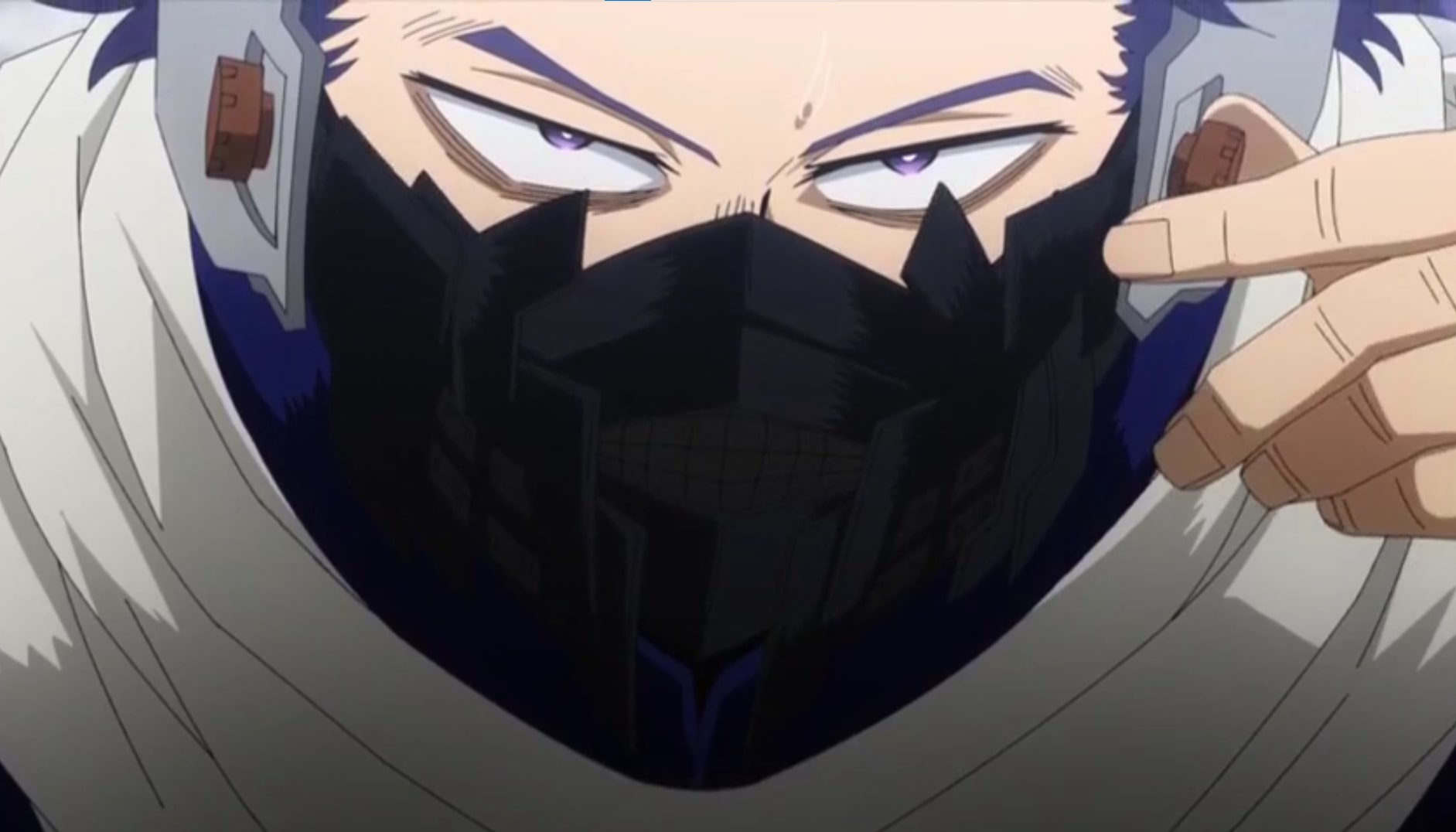 During the first match, class 1-B gains the upper hand by letting Team Asui focus on Ibara and her Quirk. Meanwhile, Kosei and Jurota attack Team Asui’s position. However, Jurota, in his Beast mode, suddenly becomes still, despite Kosei not issuing any instruction. It is revealed that Shinso is behind it. His mask serves in the capacity of artificial vocal cords, which allow him to imitate other people’s speaking patterns and voices. This, combined with his brainwashing Quirk, convinces his opponents and enemies to follow his instructions.

What is the Quirk Singularity Doomsday Theory?

It was Dr. Kyudai Garaki who originally proposed the theory of Quirk Singularity. According to Garaki, Quirks accumulate and evolve in every generation, constantly becoming more powerful and complex variations of themselves. They will eventually become too powerful to be contained within a human body. In season 5 episode 3, this is demonstrated through the Todoroki family. Shouto’s Quirk is a combination of the Quirks of both his parents. It’s a more complex and improved version of them.

Garaki originally came out with his theory about seven decades earlier from the present timeline. And no one except for one extremely important person was interested in it. And that person was All For One. As he was the vestige of multiple Quirks, he wanted to know about their effects, individually and collectively, on his body. When the First User speaks about the singularity, he might be referring to a point in the future when the One for All Quirk will become too powerful to be borne by a person.