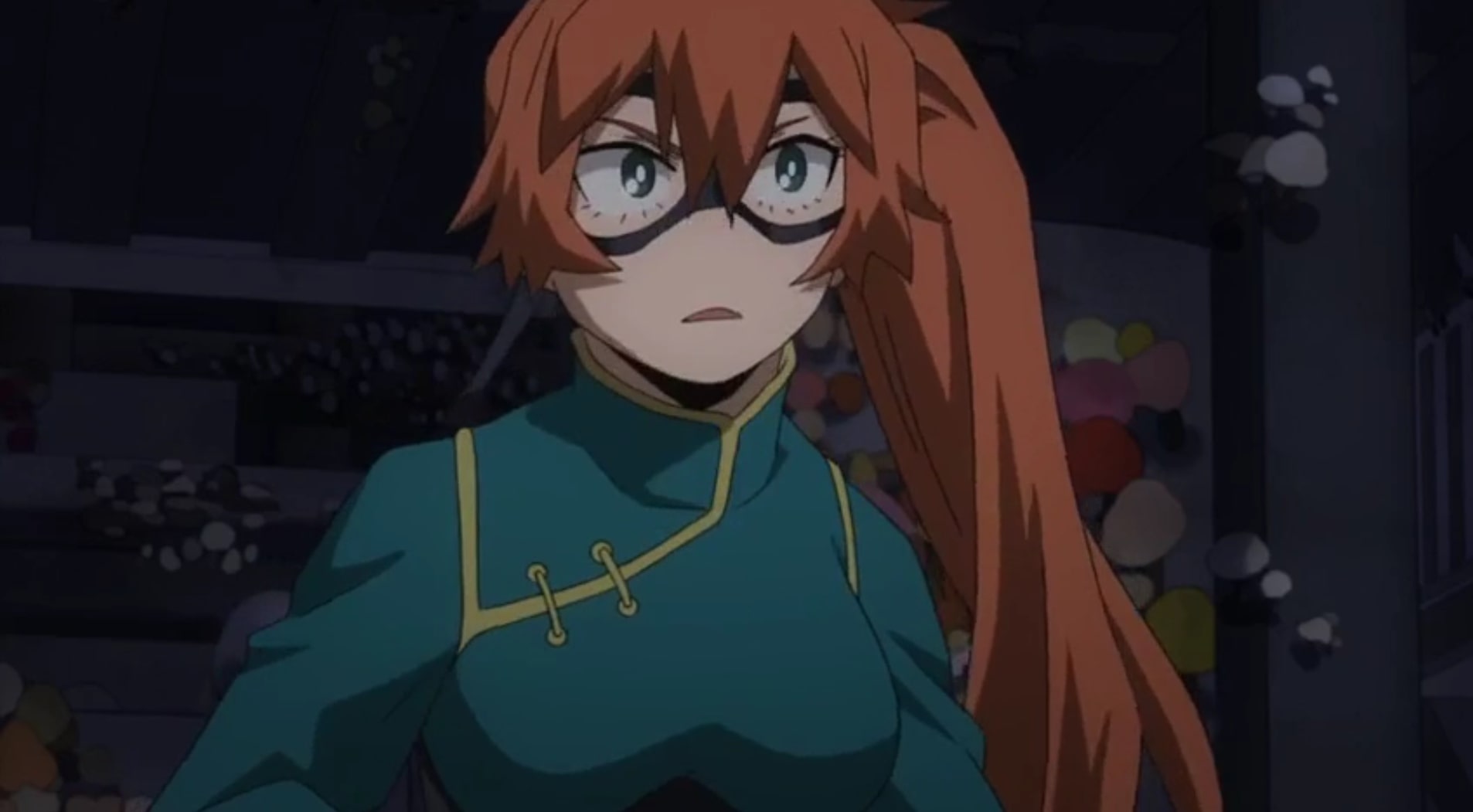 The West, especially America, might have defined the modern idea of heroism with a slew of superhero content, but the eastern countries have contributed to its expansion and the juggernaut it has become today. ‘My Hero Academia,’ both as a manga and anime, has made the genre even more diverse and complex. The action anime revolves around Izuku Midoriya, who was born in a world where 80% of the population has some kind of superpower or “Quirk.” However, Midoriya belongs to the other 20%. His life forever changes when All Might, the greatest hero on Earth, chooses him as his successor for the One For All Quirk.

In episode 6, titled ‘Foresight,’ Momo Yaoyorozu, Yuuga Aoyama, Tooru Hagakure, and Fumikage Tokoyami of Class 1-A continue their fight against Itsuka Kendou, Kinoko Komori, Shihai Kuroiro, and Manga Fukidashi of Class 1-B in Round 2 of the joint-training session. Here is everything you need to know about ‘My Hero Academia‘ Season 5 Episode 6 ending. SPOILERS AHEAD.

As Komori’s Quick, Mushroom, starts to affect both Yaoyorozu and Hagakure, panic seems to set in at the Class 1-A camp. Komori uses spray bottles to humidify the area to spread the mushrooms further. They appear on Yaoyorozu and Hagakure’s bodies and clothes and cover every inch of space in the vicinity. This allows Kuroiro to blend himself in by turning into a black mushroom. For the other Class 1-B students, Aoyama’s naval blast has indicated that Kuroiro’s solo attack has failed. So, they have switched to Plan B.

As mushrooms continue to appear on her body, Yaoyorozu implores her team to be careful and try to regroup. But she gets soon cut off from the rest of her team by the massive wall of Katakana that Fukidashi creates with his Comic Quirk. This is when Kendou decides to engage Yaoyorozu, wanting to show the school that she is better than the other girl. After Kendou destroys her tungsten shields, Yaoyorozu manifests a massive cannon, terrifying Kendou and her classmates as a shell can definitely kill her. However, Yaoyorozu uses the cannon to send special supplies to Tokoyami. She then uses ropes to tie Kendou down.

The Class 1-B team has already captured Aoyama. Among the supplies that Yaoyorozu has sent for Tokoyami, there are infrared goggles and cans of ethanol. The latter can be used as an anti-fungus spray. After they clean their bodies with the spray, Hagakure goes after Fukidashi, while Tokoyami charges at Komori and Kuroiro. This forces Komori to grow the spores inside Tokoyami’s lungs. Meanwhile, Kendou arrives and knocks Hagakure out with her Big Fist Quirk.

My Hero Academia Season 5 Episode 6 Ending: Which Team Wins Round 2?

Although the Class 1-A team puts up a valiant fight, Kendou, Komori, Kuroiro, and Fukidashi secure a comprehensive win over their opponents in round 2. The plans that the two leaders come up with work to a degree, though they ultimately have to improvise. Overcoming her lack of self-confidence, Yaoyorozu effectively implements her ideas on the battlefield. But she is still humble enough to admit that she is an “inexperienced fool.” As Todoroki reflects, Yaoyorozu is not the same girl who panicked during their fight with Aizawa. She is more confident and assertive and shows all the signs of a great future leader. 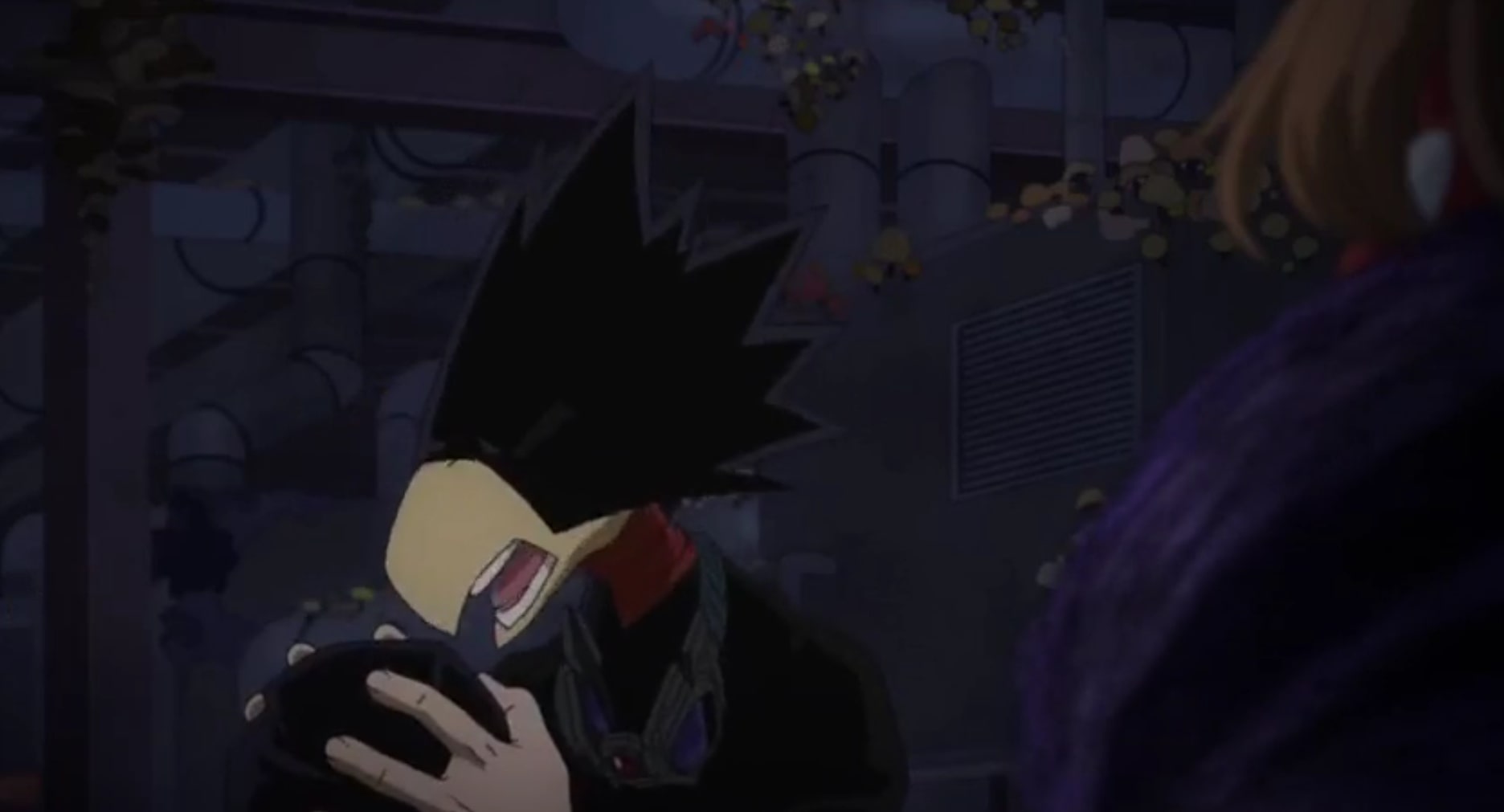 Although Yaoyorozu correctly foresees almost all the possible scenarios, she hasn’t considered Komori using her most potent and dangerous move. She probably didn’t even know anything about it before the battle. Yaoyorozu’s sacrificing herself ultimately leads nowhere as Komori debilitates Tokoyami by enlarging the mushrooms in his lungs. The Class 1-B team captures all four of their opponents, with none of their own ending up inside the battleground cage.

Who Wins the Personal Competition between Momo Yaoyorozu and Itsuka Kendou?

When the match begins, Kendou tells Yaoyorozu that she doesn’t like all the comparisons between them, especially because Yaoyorozu has a better Quirk and gets better grades. She declares that she wants to use the joint-training session to challenge Yaoyorozu, which the latter happily accepts. Although Kendou’s team comprehensively wins the match, she feels that she hasn’t really triumphed over Yaoyorozu in their personal battle.

Yaoyorozu sees through all her plans and comes up with ideas to contradict them successfully. Yaoyorozu could have taken her out with the cannon but doesn’t, knowing that it will fatally injure her. She doesn’t even destroy Fukidashi’s wall. Instead of a shell, she fires special supplies for her teammates. She knows that she is handing over the advantage to her rival in their personal battle and effectively sacrifices herself for her teammates. 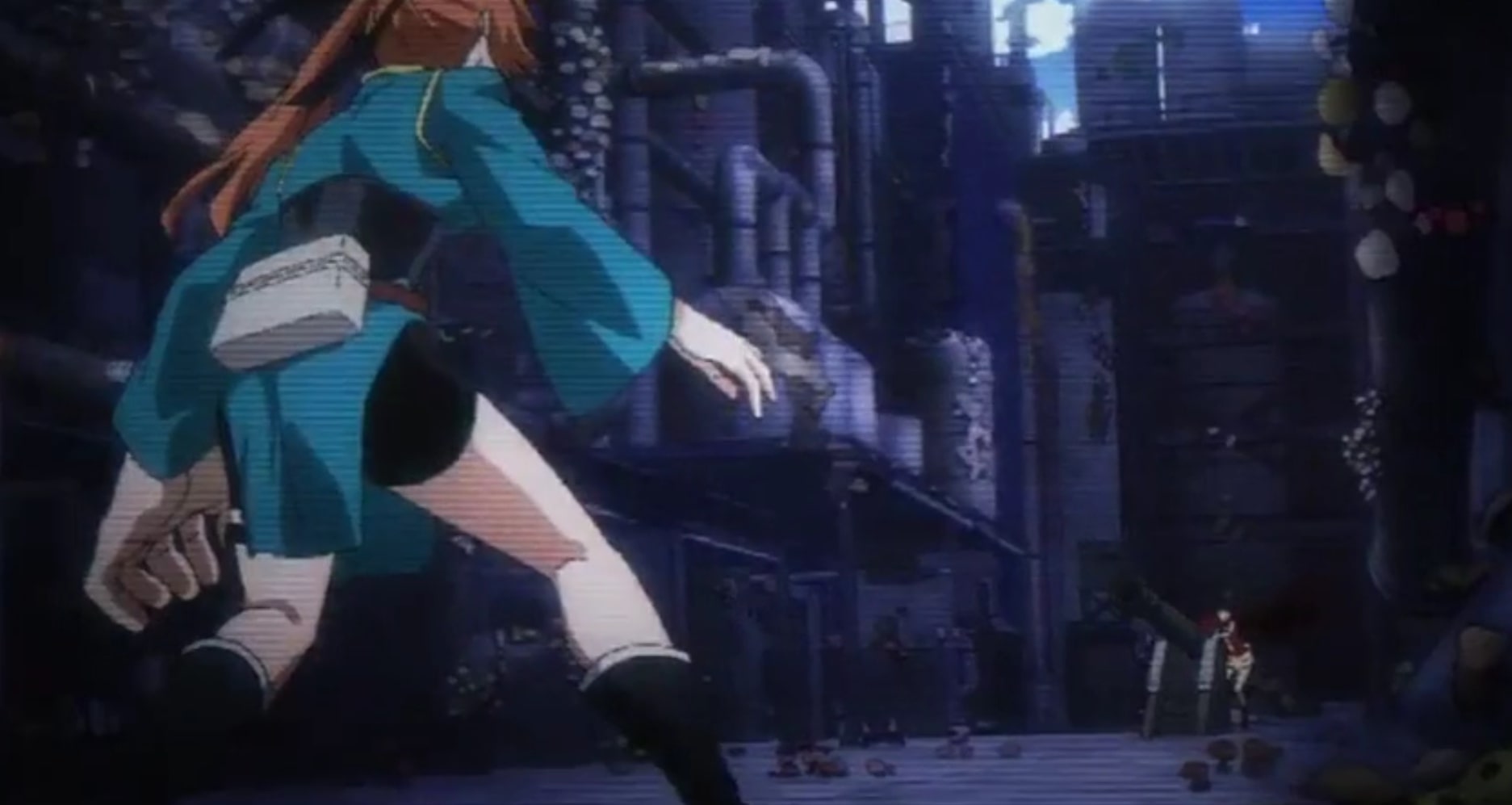 As a last-ditch effort to keep Kendou tied down to her, she manifests ropes and binds the other girl to her before she is knocked out. With that cannon still manifested and attached to Yaoyorozu, it becomes nearly impossible for Kendou to move. The Class 1-B team wins the match after Komori is forced to use her special and likely secret ability, for which Yaoyorozu couldn’t have possibly prepared for. This probably makes Kendou think that her team has won by sheer luck and not because she is a better leader than Yaoyorozu.