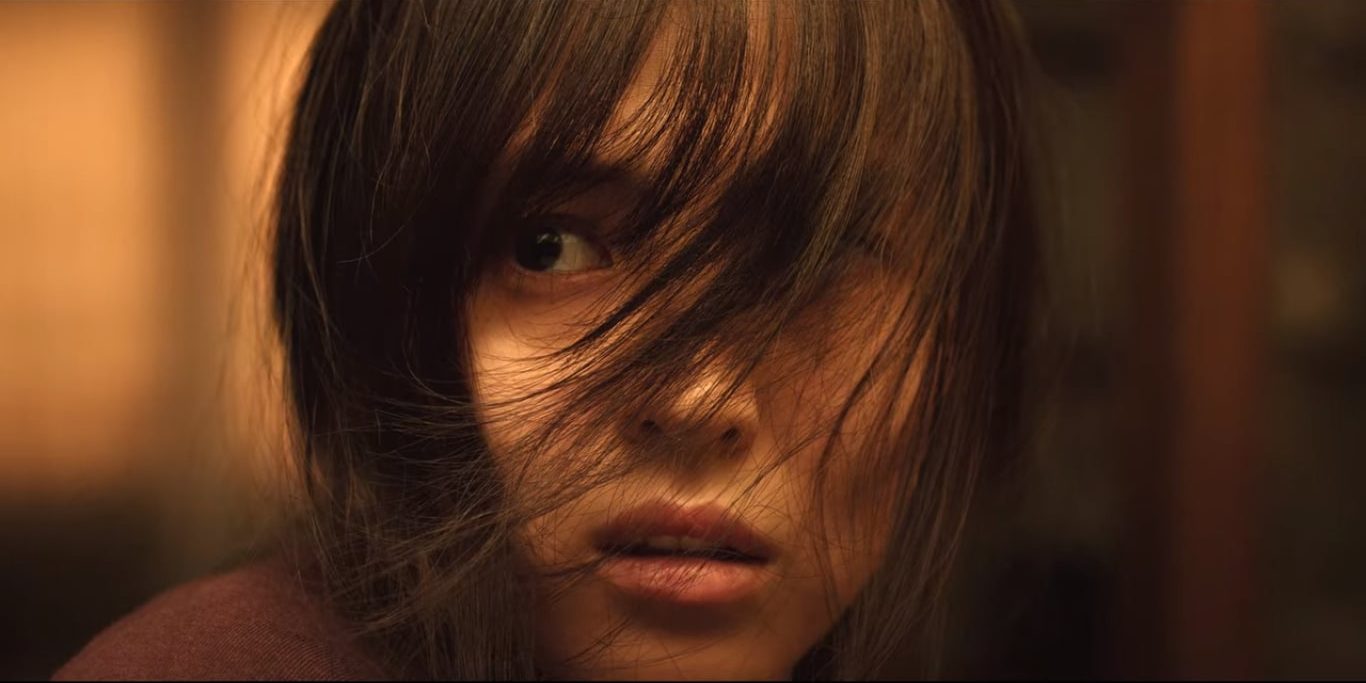 If you run after revenge for long enough, it may turn you into a monster, but are you willing to take your chances anyway? Jin-min Kim and Ba-da Kim team up to present a gruesome and hardcore noir-tinted revenge thriller in Korean-original ‘My Name’ (alternative title: ‘Undercover’).

After her father’s untimely murder, a loner girl ends up in a world of dog-eats-dog. In this cruel world, she must make her way through the vortex of lies, deception, and double identities, while keeping the flame of vengeance alive in her eyes. Han So-hee sways in the central role, with some help from Ahn Bo-Hyun, Hee-soon Park, and many talented actors. The ending epiphany is cerebral, but the routes to the moment may be a bit cluttered. Let us straighten the story. SPOILERS AHEAD.

Socially awkward Yoon-Jiwoo is the daughter of Yoon Donghoon, a notorious gangster on the police’s radar. On her way to school, Jiwoo is chased by the police Sergeant Cho and gets bullied in school. On her birthday, her father sends presents, and after a heated phone call with his daughter, he visits her himself. Jiwoo looks through the peephole to find Donghoon getting shot at by a hooded assailant.

After her father’s murder, Yoon-Jiwoo leaves Shin Young Girls’ High School. Her father worked for Choi Mujin, the leader of the drug ring Dongcheon. In the streets, she takes on the bully gang and impresses Choi. Mujin promises to help her. It is a world where dog eats dog, but gradually, Yoon-Jiwoo finds her footing. The path, however, is not without its perils.

Yoon-Jiwoo comes to the training quarters of the gang and, as a woman, she becomes an easy target of hazing by the men, especially Cheol-ho, the curly-haired guy. Do Gangjae, another seemingly good-willed boy from the academy, shows Yoon-Jiwoo her room. She gets the duty of cleaning, and when the boys give her a hard time, Choi Mujin trains her on his own. In time, she is ready for an arena fight, and Gangjae is her unmatched opponent.

Gangjae loses and drugs Yoon-Jiwoo’s water in revenge. As she falls asleep, Gangjae and Cheol-ho enter her room and attempt to rape her. While delirious, she beats them some more, and news of the severe incident reaches Choi Mujin’s ears. As per the orders of Mujin, Do Gangjae and Cheol-ho are both expelled, and Yoon-Jiwoo obtains the new identity of Oh Hyejin. Now, Yoon-Jiwoo must find the killer in the police force. 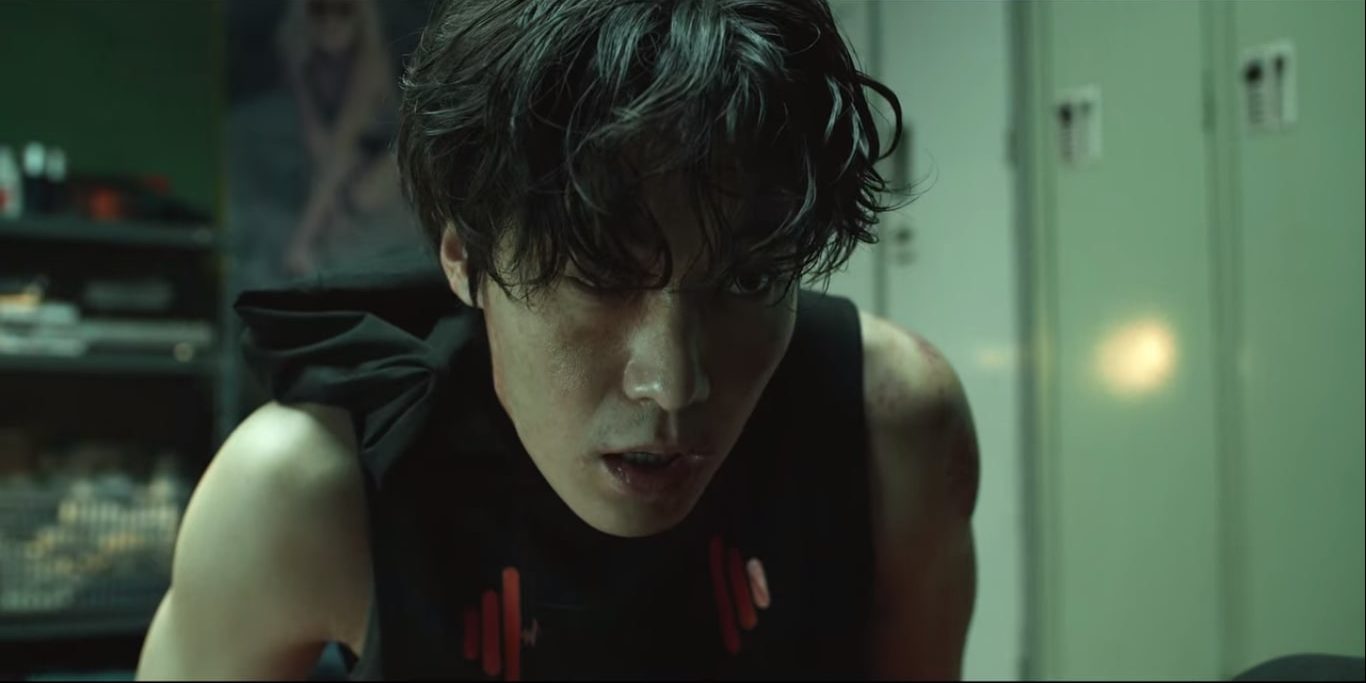 Mujin tells Jiwoo that the gun that killed Hyejin’s father is registered to a policeman in the Narcotics Department. He gives Jiwoo his word to help her get revenge. By becoming Oh Hyejin, Yoon-Jiwoo joins the police academy and makes a name for her unapologetic and persuasive nature. Desperate for the job in the Narcotics Department, Jiwoo steals the limelight by overstepping an ongoing sting operation to capture a drug mafia. Rather than reprimanding Jiwoo, Captian Cha Giho is impressed, and he accepts her proposal to be transferred to the Narcotics Bureau.

Pildo and his mates at the academy initially haze her, and here, too, she has to prove her worth. However, the sting operation is a moderate success, as the police bring in Park Changoo, a narcotics dealer. There is a new drug in the market named Candy, and to know more, Park Changoo sends the detectives to a small dealer named Mango. Mango turns out to be a small player, while Gangjae, an outcast from Dongcheon, is the leader of this new cartel.

On the other hand, Cha Giho moves his attention to kingpin Mujin. With the aid of Jiwoo, Mujin stays one step ahead, while Cha Giho begins to suspect Jiwoo of being the mole in the police department. As Gangjae wages war, Mujin finds his empire dwindling. But he chooses to have faith in Jiwoo’s urge for revenge.

After being registered in the Narcotics department police network, Jiwoo probes into Donghoon’s case file. The case file suggests Jung Taeju, Mujin’s assistant, was with Donghoon the night he died. This kernel of doubt will explode into the protagonist’s final epiphany and embracing of her violent self.

My Name Season 1 Ending: On Whose Side Was Jiwoo’s Father? Who Killed Him?

The death of Jiwoo’s father kickstarts the story, after all. This is the question that sets Jiwoo on a path of revenge, and in the end, it becomes apparent that Mujin has tricked her all along. Then, the tragic protagonist’s literal downfall in the future is presupposed by ignorance in her character. Her anger is her hubris, and after being taken away by her father at such a young age, she has no agency but to follow Mujin’s orders. 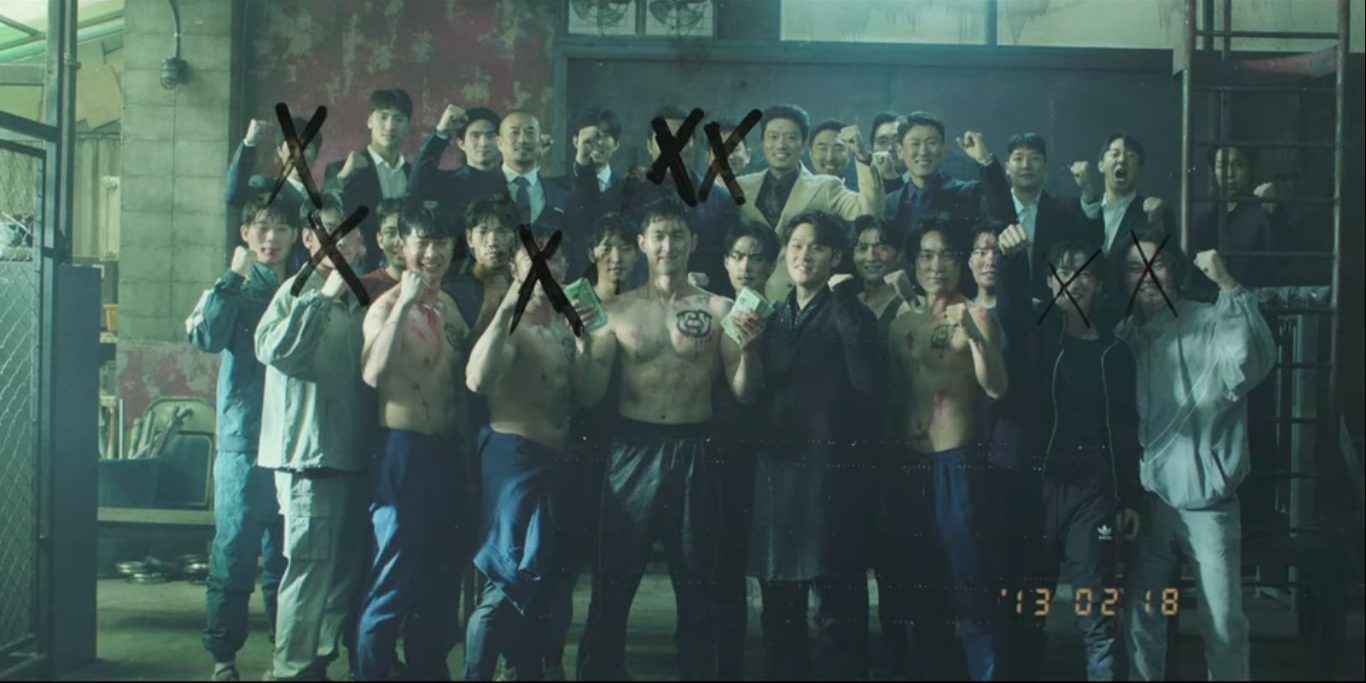 But as the story progresses, the character of Jiwoo’s father becomes more and more mysterious. The gun that killed Yoon’s father is numbered GL86575. Looking into the digital records, Jiwoo finds a photo of her father in a police uniform. Yoon Donghoon’s actual name, we come to know, is Song Joonsu. Jiwoo’s father was a cop working undercover as a gang member for Mujin until he flipped sides. Jiwoo’s father is the same person whose death has made it personal for Cha Giho to penalize Choi Mujin.

However, as Cha Giho initially suspects Jiwoo as nothing but a spy (as he does not know her lineage), more twists are revealed in time. Mujin sends Jiwoo to eliminate Cha Giho once and for all, but Mujin does not trust Jiwoo enough. He sends Jung Taeju to do part of the job until Jiwoo reaches the place. Cha Giho tells her everything about her father before turning senseless. Yoon Donghoon (Song Joonsu) kept his police log till the day he died, and he never parted from his duty as a policeman. At the moment of his death, he was caught between a rock and a hard place, it seems.

With this revelation, we get a definitive answer regarding Yoon Donghoon’s real intentions. We also come to realize how Mujin manipulated and tricked Jiwoo into running after a phantom. Later in the story, Mujin himself divulges to Ms. Kang that he tricked her into the revenge plot. Yoon Donghoon was loyal to the police, and his presence threatened Mujin’s operation. In Choi Mujin’s allegory, he was the predator while Yoon Donghoon was the prey. Therefore, the drug tycoon assailed the undercover cop and used his daughter to justify his means.

Is Choi Mujin Dead or Alive?

Choi Mujin is an overarching villain with a god complex. He believes that he can govern any life, and as he has picked Yoon Jiwoo from the street and given her a place to live, she should be indebted to him even after knowing the truth. In the taut finale, Choi Mujin is arrested by the police. At the same time, Jiwoo’s partner, detective Jeon Pildo finds the identity of the spy. However, the police do not have enough evidence to keep Choi Mujin in custody, and they have to let him go.

On the other hand, Jiwoo is arrested and taken to the hospital upon Ms. Kang’s insistence. With a bit of help from Mujin, she flees the scene. Mujin knows that Jiwoo helped him only to get her own hands bloody, and he waits for the dreaded hour of confrontation. After some misunderstanding, Pildo comes to know of Jiwoo’s tragic story from Cha Giho and rushes to help her.

However, one of Mujin’s men shoots Pildo dead at a traffic signal, and Jiwoo takes her revenge. Mujin tries to distract her by tapping into her fears, but Jiwoo embraces the “monster” in her and stabs Mujin dead. The final shot sees Jiwoo limping along the corridor, heavily wounded. In an epilogue, Jiwoo presents flowers to her parents’ grave. It seems that Choi Mujin is finally dead, ending his reign of horror.