Mystery 101: Killer Timing: Everything We Know

Hallmark’s ‘Mystery 101: Killer Timing’ is a crime thriller film that revolves around the case of a serial killer who is notorious for butchering his victims on full moon night. When he escapes, the police detective, Travis Burke, and professor Amy Winslow join hands to unravel the mysteries behind the killer’s whereabouts and his potential next target.

As the story unfolds, the plot thickens as Amy and Travis find themselves struggling to make connections between recent events in their lives and the serial killer. The crime drama is intriguing enough to make viewers curious about its filming locations and other details. If you too want to know more about the film, you have come to the right place. Here’s everything we know.

‘Mystery 101: Killer Timing’ was filmed entirely in Canada. Reportedly the second-largest country in the world by area, Canada was populated by Indigenous people before colonization by the European countries. However, Canada has grown economically in the previous centuries. It is now a parliamentary democracy that has set an example to other nations by its humanitarian efforts around the globe. Although its film and television industry does get overshadowed by America sometimes, Canada continues to have a significant influence on the global entertainment industry.

Canada offers beautiful beaches, magnificent mountains, and other natural picturesque locations; therefore, it is not surprising that the country is a popular filming destination. Some well-known movies that were filmed in the country include ‘Titanic,’ ‘Twilight,’ ‘Good Will Hunting,’ ‘Catch Me If You Can,’ among many others. Curious to know more about the specific filming locations, we dug deeper; here’s everything we found out.

The principal filming for the movie was done in several cities in British Columbia, Canada. ‘Mystery 101: Killer Timing’ was filmed in the city of Vancouver, which is interesting since ‘Mystery 101: An Education in Murder’, the fifth film in the ‘Mystery 101’ franchise, was also filmed in Vancouver. It is the third-largest featured film production center in North America, owing to which it is even referred to as Hollywood North. 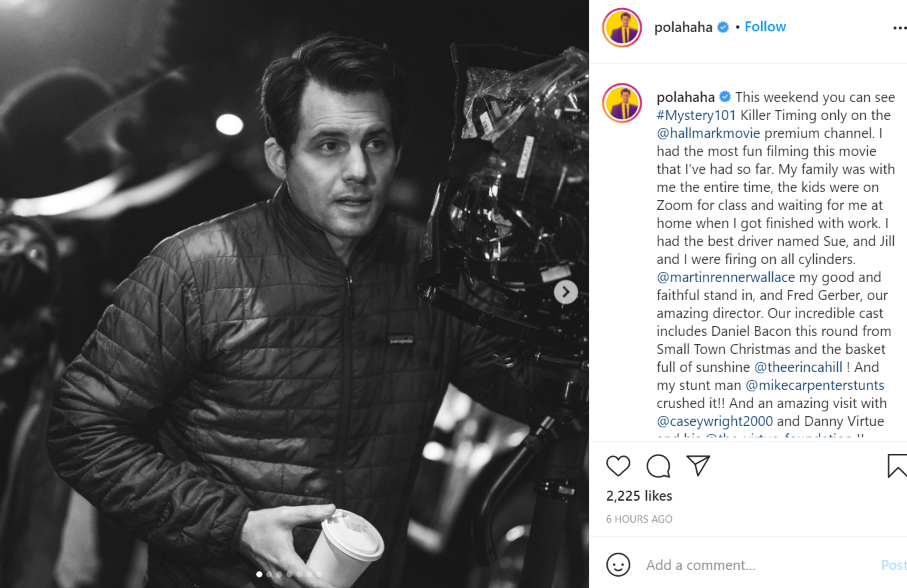 Thanks to its mesmerizing mountains and ease of access to resources needed in filming, Vancouver hosts the production of numerous films and television shows each year. In November 2020, several scenes of the sixth installment of the franchise were also shot at Squamish, a small town in British Columbia.

The westernmost Canadian province has a diverse economy in which tourism plays an important role thanks to the favorable climatic conditions that encourage such activities. Although many regions are still dependent on resource extractions, employment opportunities in metropolitan areas are usually high in sectors like finance, real estate, insurance, and corporate management. Over the years, the filming industry has also grown significantly in certain areas of B.C. to become an important part of the economy.

The movie stars Jill Wagner, who essays the role of the English professor, Amy Winslow. Jill is well-known for television shows like ‘Wipeout,’ ‘Punk’d,’ ‘Teen Wolf,’ ‘Blade: The Series,’ and many others. Jill’s co-star in the film Kristoffer Polaha plays the role of police detective Travis Burke. He is best known for ‘North Shore’ and ‘Life Unexpected.’

Is Mystery 101: Killer Timing Based on a True Story?

No, ‘Mystery 101: Killer Timing’ is not based on a true story. The narrative of a serial killer escaping prison and then attacking the agent who testified against him in the court is too dramatic to be true. So, it is not surprising that none of the creators so far has claimed that the ‘Mystery 101: Killer Timing’ is based on a true story. However, it is no secret that serial killers exist in real life, and some are/were far more terrifying than the one Professor Amy Winslow and Detective Travis Burke are dealing with, in the film.

The stories of serial killers like Jack the Ripper, Harold Shipman, John Wayne Gacy, and Ted Bundy are all too well-known. Most of the convicted serial killers showcased a pattern in the horrifying acts of violence they committed for their abnormal psychological gratification. Some were caught early on, while some went on to continue their wrongdoings for far too long before getting caught by the officials.

Similarly, it took a long while before the officials discovered the killing pattern of serial killer Andrei Chikatilo, who was convicted for the murder of 52 people. Research revealed that the intervals between Andrei’s murders closely followed a mathematical distribution called the power law. The aforementioned real-life cases indicate that serial killers murdering with a fixed pattern do exist. So, even if ‘Mystery 101: Killer Timing’ is not inspired by a specific true incident, it does reflect some of the harsh reality of the horrific crimes humans are capable of.