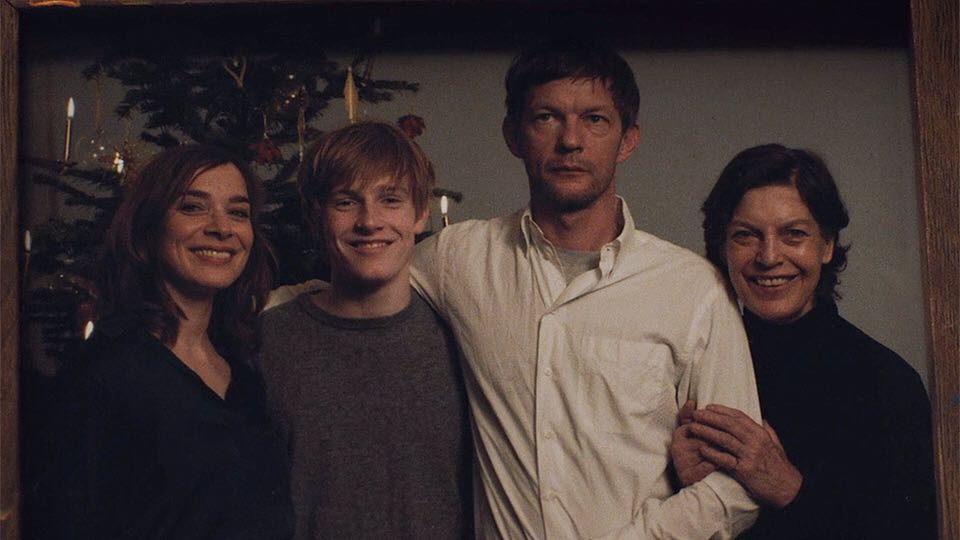 Netflix’s ‘Dark’ weaves a complex tale of family relations through the twist of time. The show focuses on the unimaginable impact of time on our actions and intentions by throwing a small-town into its whirlpool. In the beginning, we are introduced to a bunch of families all of whom seem to have their own histories and secrets. However, by the end, it turns out that all of them are connected to each other in one way or another. It gets mind-boggling and confusing, and with so many characters, it can get difficult to keep track of all the connections. Here, we have simplified everything for you. If you haven’t caught up with the show yet, head over to Netflix. SPOILERS AHEAD 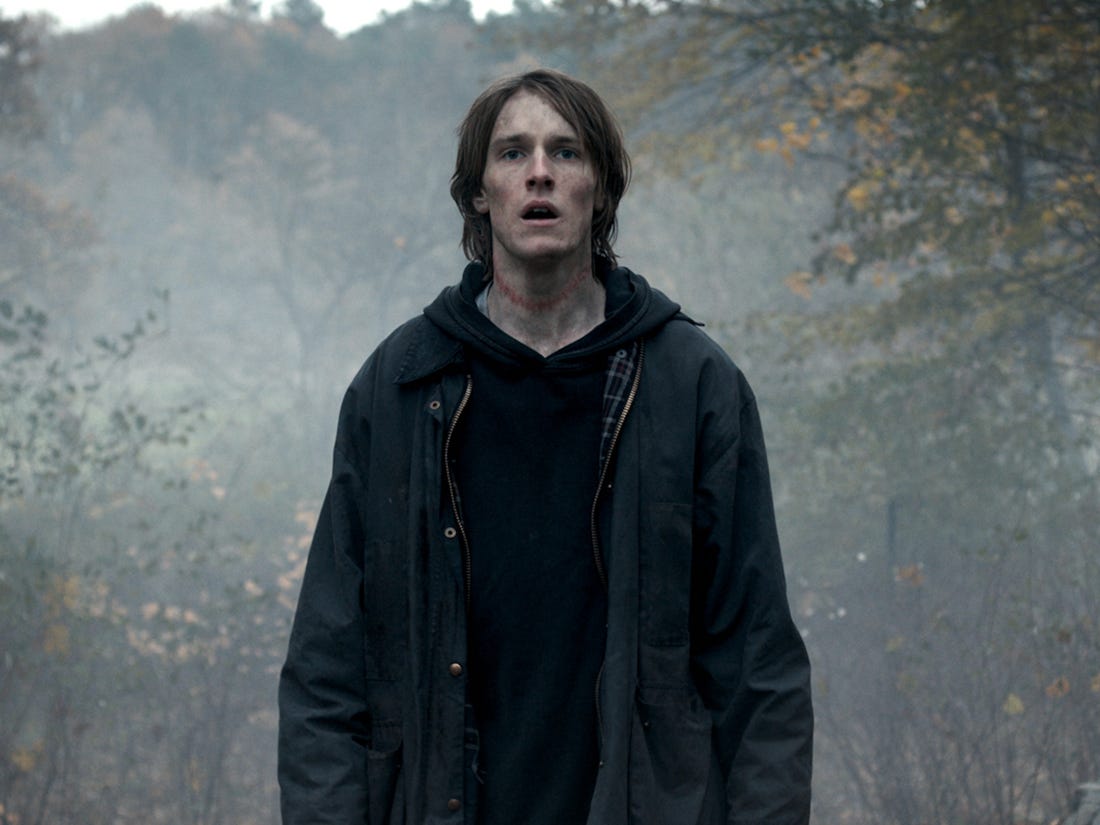 Spanning over a complete century, Jonas Kahnwald is the one person whose presence in the world becomes an unnatural act when the truth about his parentage is disclosed. Not only this, the tree gets even more convoluted when other people start travelling in time. By the time the dust settles, some very weird family connections come to the fore. The repeating motto of ‘Dark’ is “the beginning is the end, and the end is the beginning”, and it doesn’t suit anyone better than Jonas. He is the starting point of his family line, as well as the ending of it. Here’s how his family tree works.

Jonas Kahnwald is the son of Michael Kahnwald, aka Mikkel Nielsen, and Hannah Kruger. Mikkel is the son of Ulrich and Katharina Nielsen. Ulrich is the son of Tronte and Jana Nielsen. Until the second season, the parentage of Tronte had been in question. We only knew his mother, Agnes, and the identity of his father was not discussed. In the third season, however, we come to know that the Unknown man, who travels with his younger and older self, is his father. Later, we find out that the Unknown man is the son of Jonas and Martha. Hence, Jonas is the beginning of his bloodline as well as the end. Also, he is Martha’s nephew, as well as her, great-great grandfather. 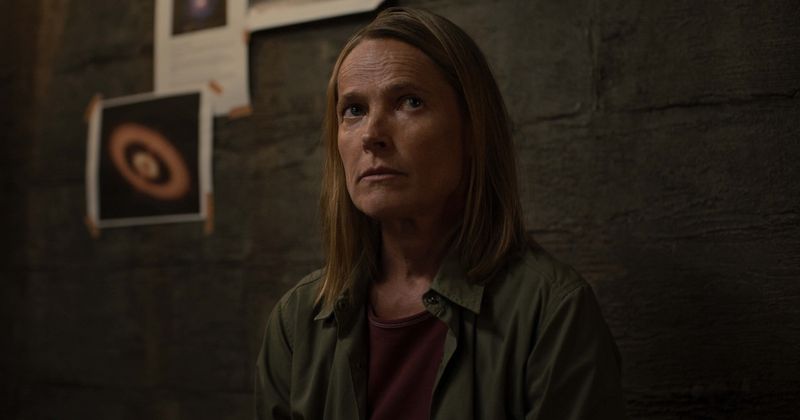 Another person to have the same beginning and end sort of deal is Charlotte Doppler. She grew up with H.G Tannhaus, and never knew her parents. Tannhaus brought her up as his granddaughter, but she wasn’t really his blood. Even he didn’t know where she had come from, which is why, the identity of her parents remains in the shadown, until the second season.

After getting the final pages of Claudia’s diary, Noah, a time traveler who is Adam’s follower, discovers a startling fact about himself. It turns out that Charlotte is his daughter, and it gets even more twsited when the truth about her mother is revealed. Here’s the gist of her family members. 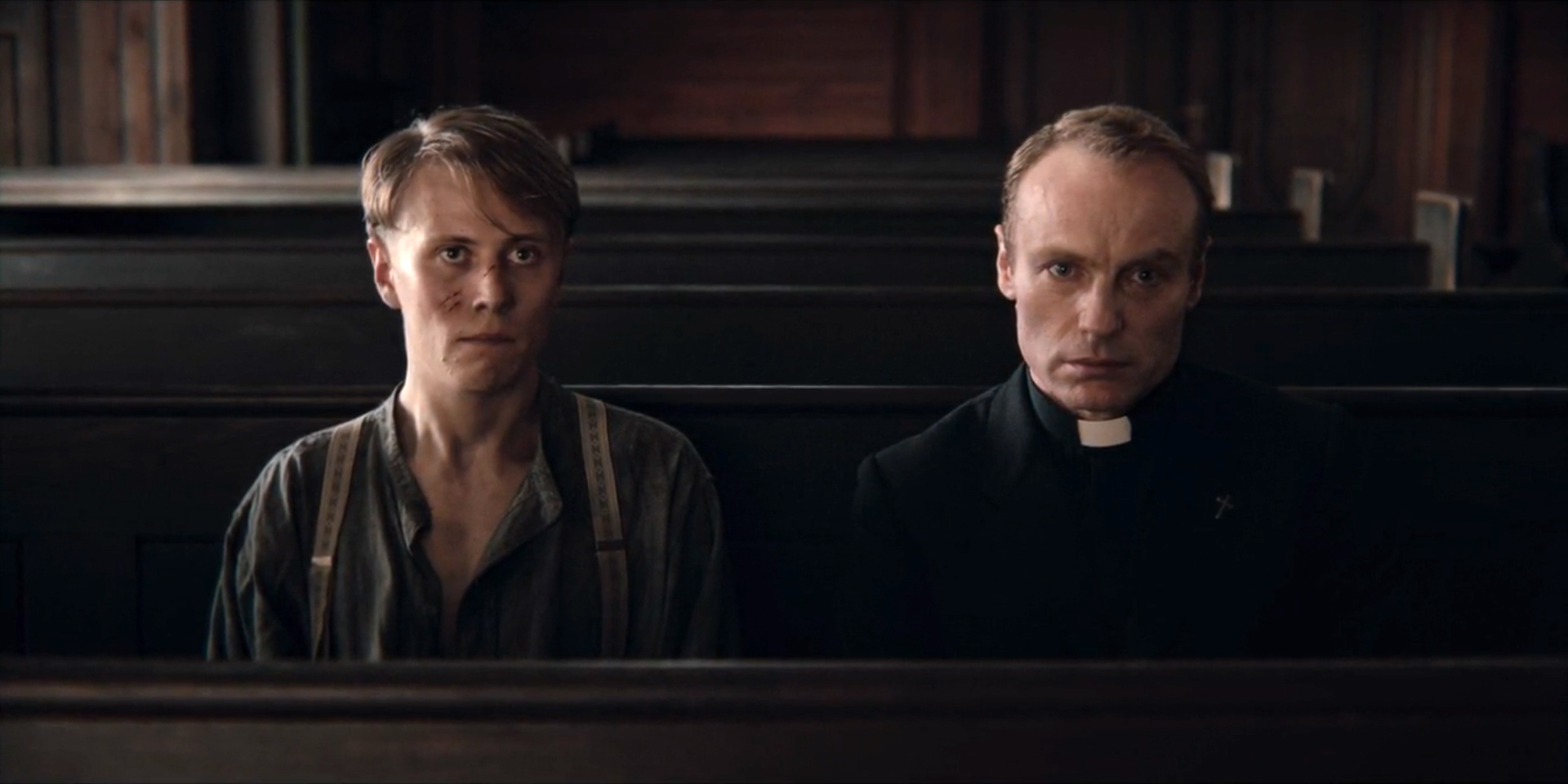 Charlotte is married to Peter Doppler, and they have two daughters, Fransizka and Elisabeth. On the day of the apocalypse, Peter and Elisabeth hide inside the bunker which is where they meet a mysterious young man. In the post-apocalyptic world, Peter is killed while saving his daughter from a rapist, following which Elisabeth runs to the young man, who is actually Noah. Eventually, Elisabeth and Noah get married and have a daughter. When she is just a baby, she is kidnapped, never to be found again. That is, until Noah gets the pages from Claudia and discovers that Charlotte is his long-lost daughter, who was transported back in time by her mother as well as herself! Charlotte and Elisabeth steal little Charlotte and take her back to Tannhaus, who loses his son, daughter-in-law, and granddaughter on the same day. So, all in all, Charlotte and Elisabeth are each other’s mother and daughter.

The past and future connection appears a lot in this family. Noah comes from the 1900s, and travels into the future, specifically for Elisabeth. Back in the 1900s, he has a sister named Agnes. Their parentage, too, remains a secret, until the third season.

In the future, after her daughter is lost and her husband travels across time to do Adam’s bidding, Elisabeth becomes a military overlord. Her right-hand person is Silja, who appears to be just another random piece of the puzzle whose importance isn’t revealed until the latter half of Season 3. 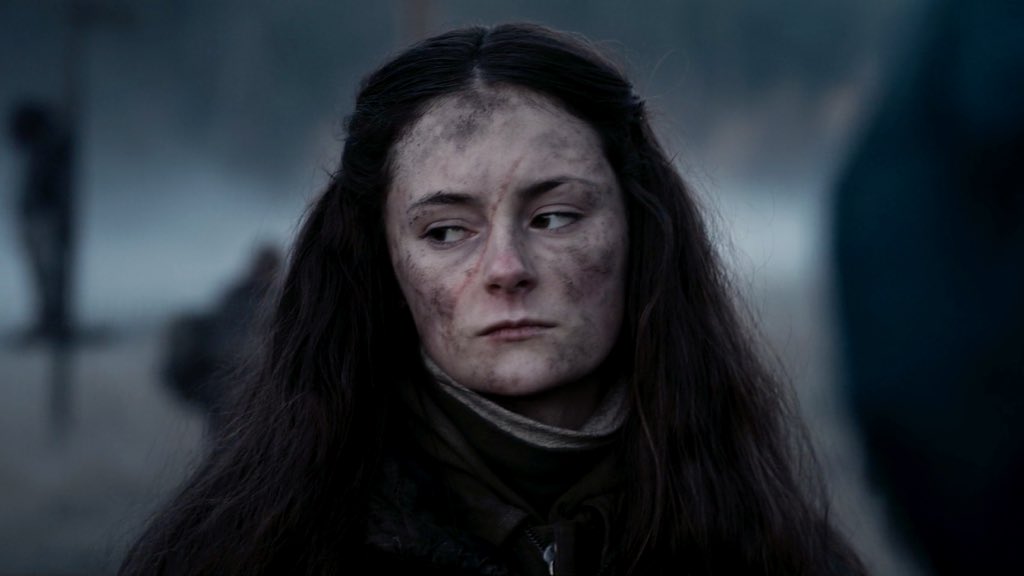 Silja is sent back in the past by Adam. She goes to the early 1900s, which is where she meets Bartosz, who is stuck in the past with Jonas, Magnus, and Fransizka, after the events of the finale of Season 2. Silja and Bartosz get married and have a son and a daughter, who turn out to be Noah and Agnes. And that’s not the end of it.

After being abandoned by her husband, her son, and her lover, Hannah Kruger decides to find a place for herself somewhere else. She travels back in the past to 1950s, where she meets Egon Tiedemann. They have a brief love affair where Hannah gets pregnant. She briefly thinks about aborting, but decides otherwise in the last moment. She gives birth to a daughter, and names her Silja. She returns to Jonas much later, when he has turned into Adam. He kills her and kidnaps Silja to send her to the future where her arc begins.

So, to sum it up, Silja is Jonas’s half-sister, which means Jonas is Noah’s uncle and Charlotte’s granduncle, and Elisabeth’s great-granduncle as well as her uncle-in-law. 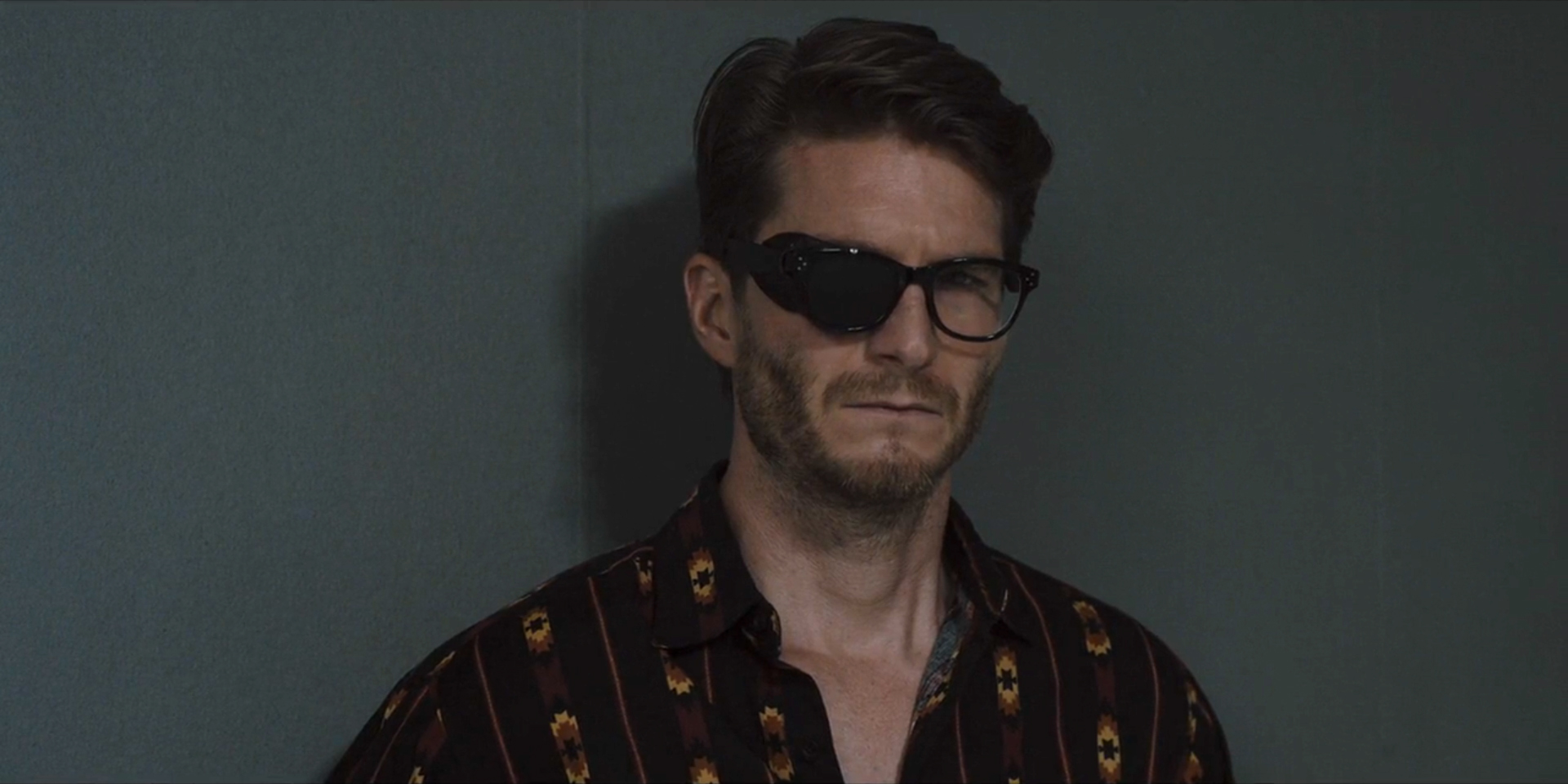 With the revealation of the family trees, it becomes clear that Jonas is the reason behind the birth of most of these people. There are only a handful of people who don’t belong to his bloodline, and after the whole mess is cleared, the ones not connected to him directly are the only ones who remain in the origin world. Regina is Claudia’s daughter, and the identity of her father is never revealed. Though it is clarified that he is an outsider. Had she been the daughter of Tronte, as was suspected on a number of occasions, she would have disappeared as well.

Similarly, Peter is the son of Helge Doppler, but his mother never comes into the picture. It also turns out that he didn’t come to know about his father until he was a teenager. This not only makes his mother an outsider, but also makes him a very non-Winden person, which is why perhaps he always seemed like an oddity when compared to others.

In the same vein, Hannah and Katharina’s parents have nothing to do with the Jonas Kahnwald bloodline, not until after they get married. People like Torben Woller and his sister, Benni, are also not connected to him, which is why, they remain alive in the origin world after the destruction of other parallel worlds.