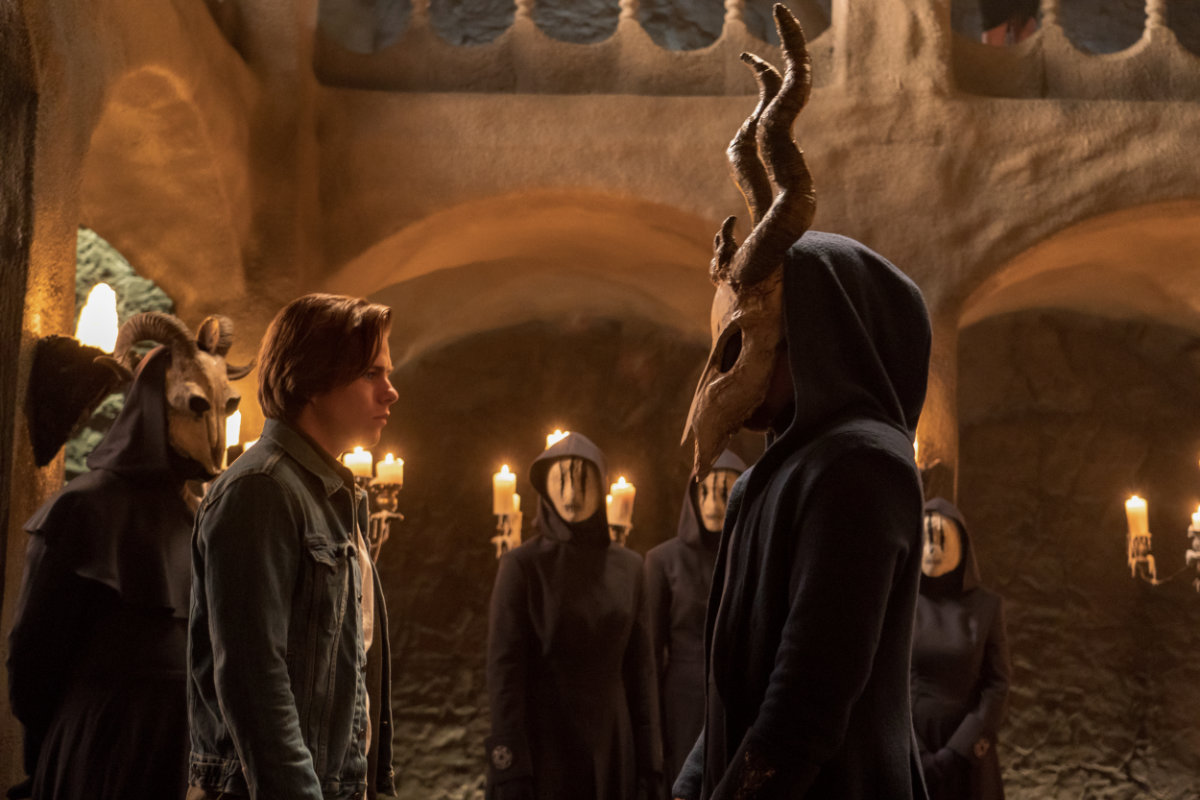 Netflix’s ‘The Order’ follows the story of a teenager named Jack Morton who arrives at Belgrave University with just one thing on his mind. He has to become the member of a secret society of magicians and get close to its head, who also happens to be his father. The reason behind his quest is to avenge his mother.

As the story progresses, Jack finds out about a lot of secrets of The Hermetic Order of the Blue Rose, as well as finds himself in the company of the people who are the members of another secret society that wants to destroy the Order. While the series keeps us entertained with the many twists and turns in the story, it also boasts some wonderful locations. If you want to know where ‘The Order’ has been filmed, here is the answer.

Where was The Order Filmed?

Every secret society needs a secret lair, a place that houses its history while building its future by recruiting more people to its cause. ‘The Order’ has not one but two secret societies functioning from a prestigious college. While the setting of the story is American, it is not filmed in America. Like many other Netflix shows, ‘The Order’ has been filmed in Vancouver, Canada.

‘The Order’ follows the story of the secret societies that function from the premises of Belgrave University. Most of the action takes place either inside the college campus or in its surroundings. Because it plays such an important role in the story, getting the right location was immensely important for the show. To serve this purpose, the showmakers needed something that would be contemporary, per the students, as well as have the aura of something ancient. They found this mix of the best of both worlds at the University of British Columbia.

UBC is used to film the exterior shots of the Belgrave University. Its Point Grey campus features prominently in the show. For the interiors, however, the crew had to resort to another location. The Riverview Hospital in Coquitlam was used to create the classrooms and other interiors of Belgrave. Its exteriors were used for the scene where Jack finds the entrance to the place where The Hermetic Order of the Blue Rose convenes.

Other locations from UBC that can be spotted in ‘The Order’ are the Ladner Clock Tower and the Irving K. Barber Learning Centre. The Sauder and the Chemistry building have also been employed to film several scenes in the show. The dormitory scenes in the Townsend House have been filmed in the East Lawn Building.

The UBC Old Auditorium building doubles for The Order Blade and Chalice bar exteriors, the place that is one of the most important locations in the show as a lot of discussions about attacking and backstabbing take place here, among other things.
The walkway between the UBC School of Music and the Frederic Lasserre building has also been used in several scenes in the show. The Koerner Library and the Buchanan Courtyard also appear as part of the Belgrave University campus.

Apart from UBC, the show also explores other locations in Vancouver to create the world outside of Belgrave. Some of the scenes feature the Hide Out cafe at 716 Carnarvon Street. The lavish exteriors of Edward Coventry’s house have been filmed at a property in Sangara Avenue, Abbotsford.