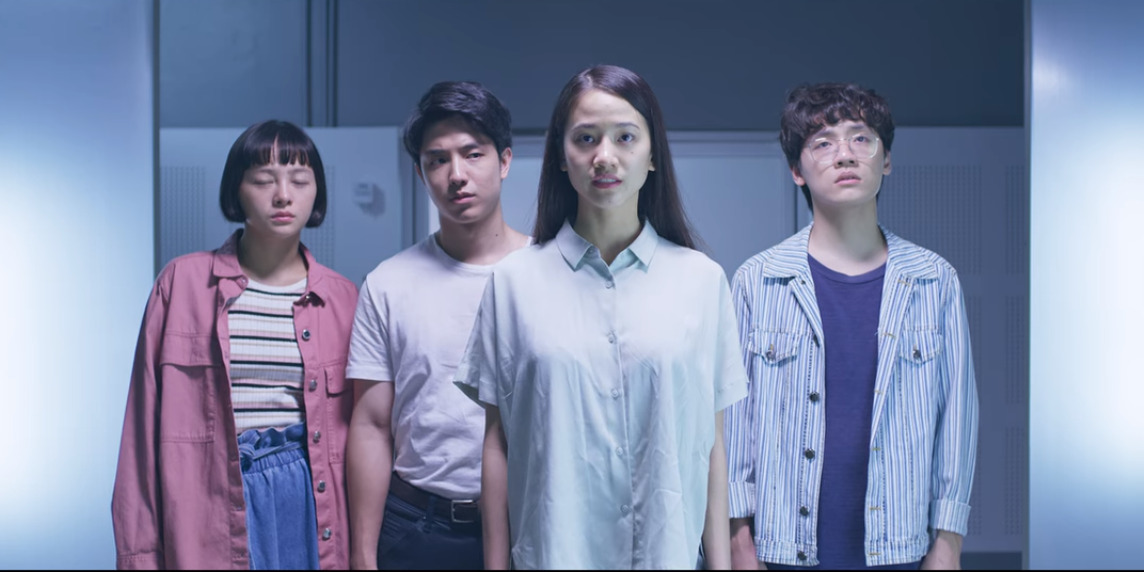 The Thai original adrenaline rush of a movie, ‘Deep,’ is something to look out for. Although the science fiction movie contains some trippy sequences and shallow excitement in its slick portrayal of postmodern existence, the story is not compromised. The premise is itself fresh, and the tale, directed by a team comprising Sita Likitvanichkul, Jetarin Ratanaserikiat, Apirak Samudkidpisan, Thanabodee Uawithya, and Adirek Wattaleela, is told with a foreboding urgency. Four insomniac protagonists find themselves in a precarious situation when they are lured into a shady science project.

They literally lose their sleep for money until things spiral out of control. After some near-death experiences, they return to the lab for more hallucinating fun. Only, it’s not fun this time around, as they have past scores to settle. The moral of the story is if it’s easy money, it’s most probably a scam. Well, one of the morals, at least. Another one is that you should take a bit of shut-eye and not overthink because things usually turn out okay in the end. Well, life has no end except in death, but we can certainly vouch for the movie. The final twist gives you something to think of, and if you feel the urge to decode the narrative, let us break it down for you. SPOILERS AHEAD.

In the prologue, a person jumps off a rooftop. Then we meet studious insomniac Jane and her sister June, who live with their aged grandmother. Both study in med school. The house loan is due for quite a few months, and Jane goes to talk to her professor about dropping the course. Professor Nichcha has a better alternative in mind. She gives Jane the contact of a German pharmaceutical company that has a volunteering position open. 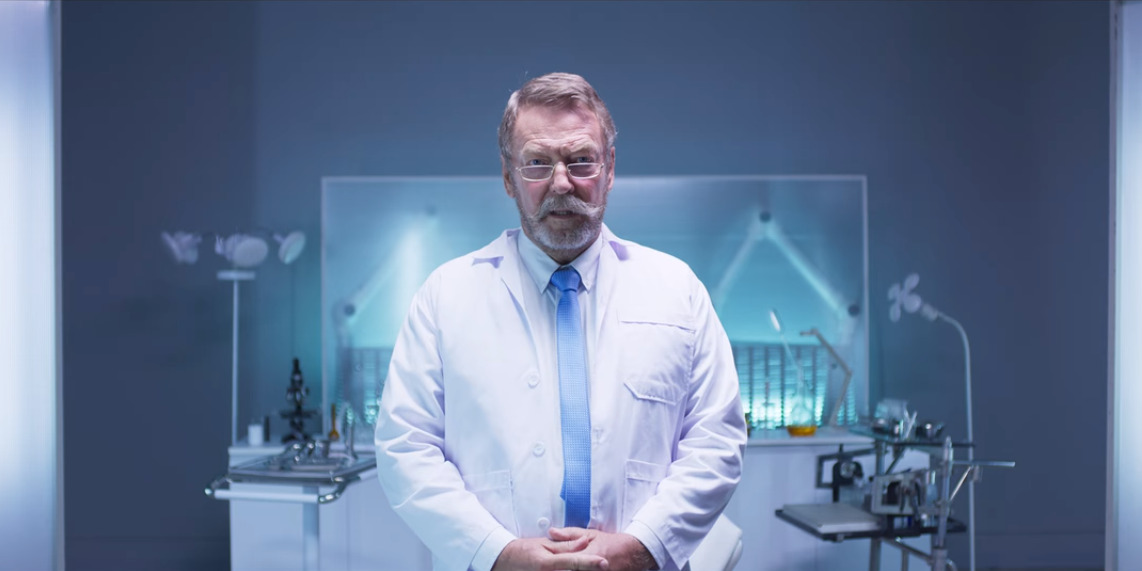 As per the directions, Jane meets Dr. Hans Miller in a shady laboratory, who breaks down to her the process of extracting a hormonal substance called “Qratonin.” The job is simple – Jane has to stay awake until the counter in her smartwatch (also given as part of the Deep program) reaches a hundred percent. The research would be conducted in three stages. With Jane, three other med school students take part in this research, namely party animal Win, beauty blogger Cin, and gaming freak Peach.

The opportunity undoubtedly sounds lucrative, but there is a catch – the volunteers would die if they fall asleep even for one minute during the process of the research. But that is not a thing of worry since they have the watch to alert them. After passing the first round with flying colors, they come back for round two. Round two turns into an anxious nightmare, but the quartet throws a party together to stay awake. Cin almost dies, but Jane rises to the occasion to save her life. They vow never to go back to Deep, but somehow June ends up volunteering for the shady organization. Now she is on level three, and the team must come forward to take it upon themselves to save June from her imminent death.

Although the friends vow not to come back for the third phase of the experiment, they team up once more to save June from her fatal destiny. June does not know the hacks of keeping up the Qratonin counter like the quarto, and Win agrees to help Jane save June to impress the former. After the troublesome experience of the previous episode, Cin is the first to walk out of the proposal, and Peach follows.

But they come back for friendship, as they remember the blast of a party they had at the end of the second phase. Well, Jane has a plan this time, and the plan is the professor. Jane has asked Professor Nichcha to assist the team in their sleep-deprived state. But as they come to remember Peach’s creepy ‘Cin’ room, the locked laboratory room turns into a diabolical nightmare. Win and Peach beat each other up while Cin cuts herself with a piece of broken mirror in a state of delirium. Jane hallucinates and sees the dead body of June lying on the floor. 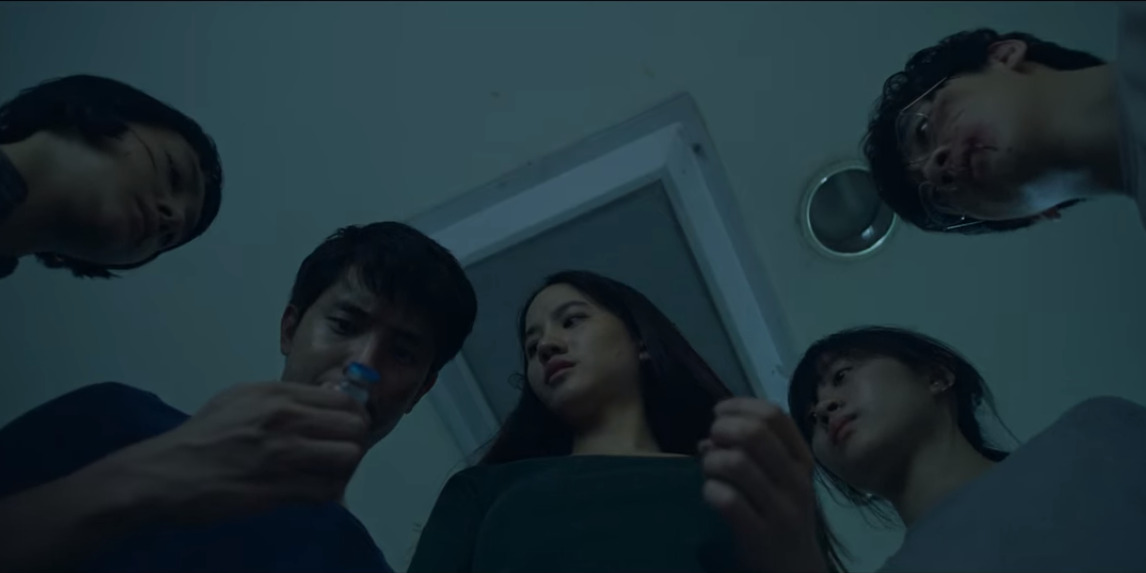 Distressed, she breaks into tears, but June comes around in the meantime to save her. In an attempt to save the others from their frenzied state, Jane calls the professor. It turns out that the professor is evil, and the four find themselves locked in the room. There are no ways they can get out of the room alive. However, Jane gives Win a dose of CCL (a chemokine?) to feign a cardiac arrest, which, in consequence, causes professor Nichcha to come and take him away. Chemokines are a group of proteins that can affect the cardiac system. We are not the science guys here, but what happens afterward is far more mind-bending as Win comes back to his senses.

How Come Professor Nichcha Is Involved with Deep?

None of us quite believe the covert setup of the German pharmaceutical company that is apparently run by Dr. Hans Miller. There are no other employees in the organization, and the doctor looks ostensibly shady. The film sheds light on the matter when Jane veers from the lab room in her state of hallucination and ends up in a monitoring room. There, she finds a few large screens recording all their movements and more visiting cards like the one the professor gave Jane. Jane comes to understand that the professor took an audition for the role of Dr. Hans Miller. In actuality, the professor herself is behind the operation.

Remember the guy who falls off the rooftop in the first scene? Well, he is Jed, the beau of professor Nichcha. Jed is the one who discovered Qratonin, and he chose to experiment with it upon himself. After his experiment turned awry with him falling off the rooftop and going into a coma, Nichcha takes it upon herself to do everything in her power to save Jed. Therefore, Nichcha comes up with an elaborate plan to create the Deep project and lure the students into being her test subjects. However, it is not clear how she manages to put so many students who live in threat under the nose of the college administration. She must also be damn well rich to carry out such an operation, but evil professors with a cause usually have their ways.

Is Jane Dead or Alive?

At the showdown between the kids and the professor, the professor is cornered by the students. Amidst hair-raising tension, the professor injects a dose of anesthetic drug Diazepam into Jane’s system. Jane immediately collapses on the floor. The timer in her clock activates and quickly decreases till one second remains before her death. But Win is fast to find the defibrillator on the shelf, and the team sets it up to give Jane a shock. 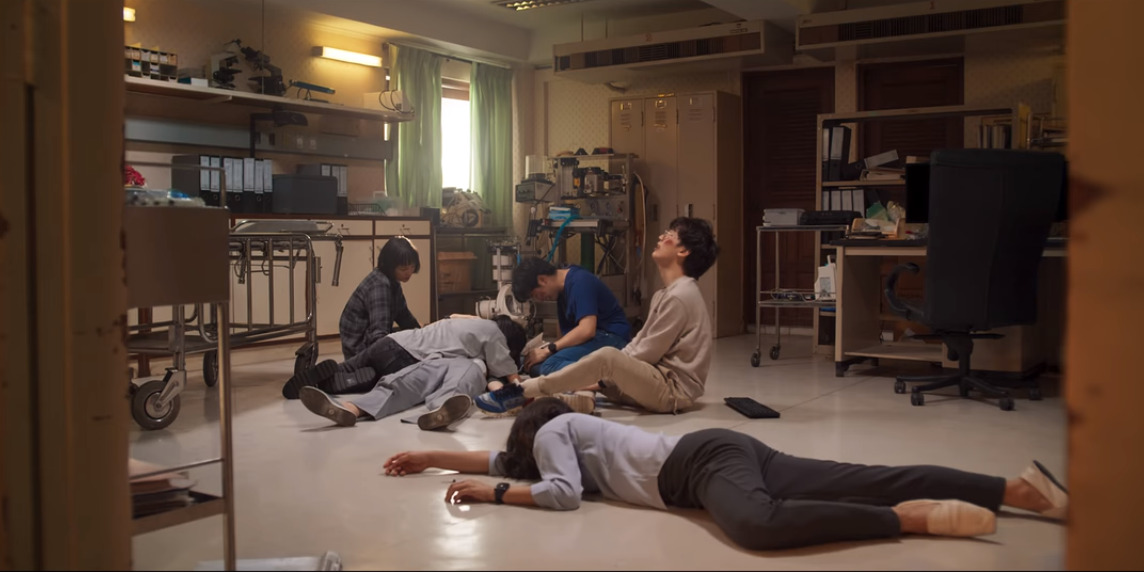 At the end of the tense climax, we see that the friends have gone back to their lives. In an amusing postscript, June urges Jane to sleep, but Jane is kept awake by incoming messages from Win. Therefore, it is indeed safe to assume that all of them are still alive and kicking. The professor is arrested for using meek students as guinea pigs at will, and Jane can finally sleep on it — albeit like a rock rather than a dead body.