Netflix’s The Empress Ending, Explained: Will the Mob Kill Elisabeth?

Netflix’s ‘The Empress’ is a period drama that follows the story of a young Elisabeth whose life is changed after her marriage to Emperor Franz Josef of Austria. It is love that leads Elisabeth to Vienna, but soon, she discovers the many challenges that are waiting for her at the palace. Because her marriage was so sudden, she feels completely unprepared for her new life. Over the course of the season, we find the young empress trying to fit into the royal family, but failing at it. By the end, she is jaded by her status as well as her marriage, but then something happens that’ll change the way history views her. Here’s what that ending means for Elisabeth. SPOILERS AHEAD 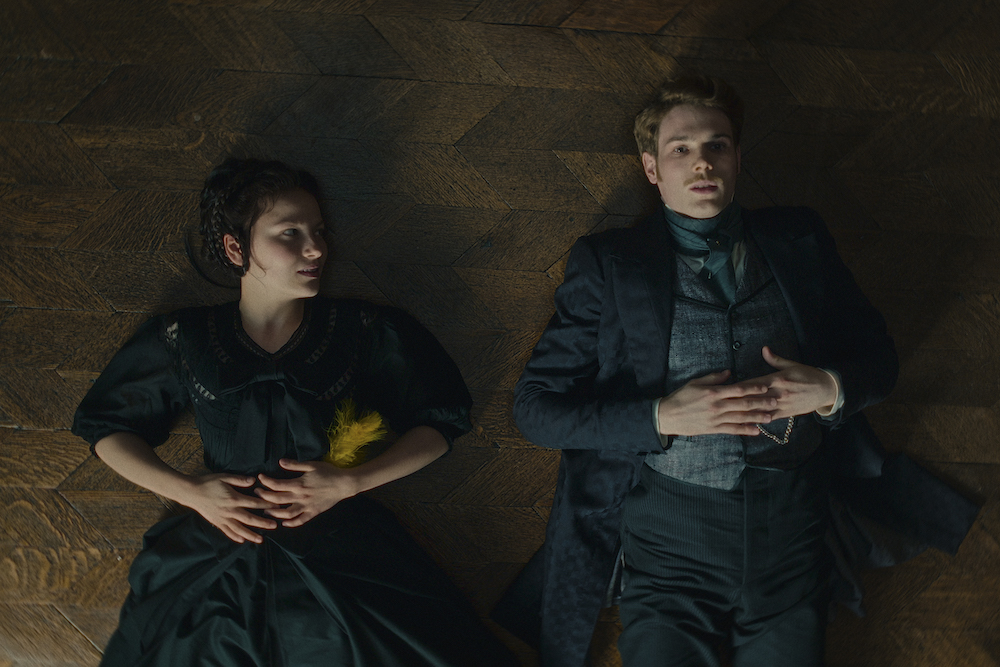 Elisabeth, aka Sisi, is young and wild and likes to be left alone to do her own thing. Her sister, Helene, is the composed one and has prepared herself to be the perfect fit for Emperor Franz. It is all but decided that Helene should be the next empress of Austria, but then, Franz meets Elisabeth and falls in love with her. At the same time, Franz’s brother, Maximilian is also enamored by her, but both he and Helene are left heartbroken when Franz declares that he has chosen Elisabeth to be his wife.

As soon as Elisabeth marries Franz and is presented to the people, she becomes an instant favorite. With war knocking on Austria’s door with France on one side and Russia on the other, the whispers of a revolution float around amongst the commoners. Ava, a young revolutionary, infiltrates the palace as Countess Leontine and gets close to Elisabeth. Meanwhile, the new empress’s uninhibited nature becomes the cause for concern for her mother-in-law, Archduchess Sophie, who is not yet ready to let go of her hold on her son as well as the empire.

The Empress Season 1 Ending: Will the Mob Kill Elisabeth?

One of the many things that set Elisabeth apart from other members of the royal family is that she is not afraid to go out and mingle with the people. She is eager to venture into the city and meet her subjects and help them as much as she can. She is repeatedly told to act like a divine person, someone who is untouchable to the masses, but Elisabeth wants to keep herself available to them. When she finally gets a chance to do it, she jumps on the opportunity to build some goodwill with them. While the royal family doesn’t see it, the people connect with her and it looks like she might be the only one that they don’t passionately hate.

While her popularity with the subjects is off the roof, the situation gets direr by the minute inside the palace. After her stint at the factory, she falls into hopelessness, believing that even her good-intentioned husband is not doing anything to help people out there. She spends her nights partying and drinking with Maximilian, which further tarnishes her image, and this time, even Franz is not ready to stand by her. It is decided that things would be better if Elisabeth went back to her hometown for a little while. The idea is proposed by Sophie and Franz supports it. 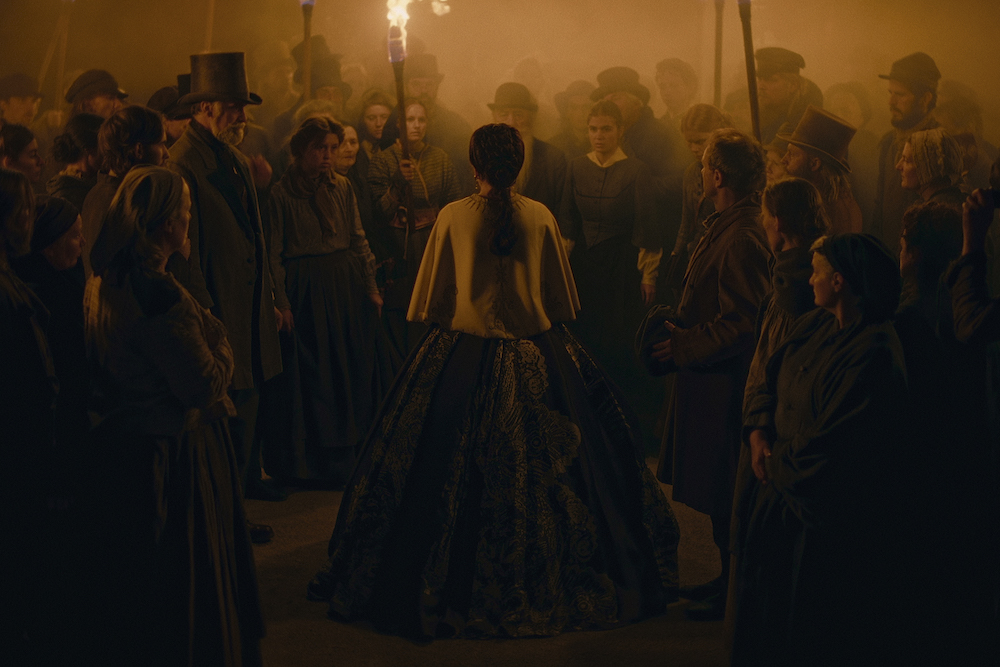 At the same time, Elisabeth discovers that she is finally with child. But before she can share the good news with Franz, she is heartbroken by the fact that even her husband has abandoned her. He wants her to leave, so she decides that she should, without uttering a word about her pregnancy to anyone. Meanwhile, a crowd congregates outside the palace. At first, it is a handful of people, but by nightfall, hundreds wait by the palace gates with torches in their hands. By now, Elisabeth has packed her bags and is ready to leave the palace.

When she is told that it is not safe to leave the palace at the moment, she walks out of the gate. Despite the warnings from the guards, she faces angry people who are surprised by her approach. This is the first time that a royal has closed the distance between them. Usually, they refrain from touching or even meeting the eyes of the commoners, but here stands Elisabeth, unafraid to be among them. She embraces a couple of people, and her act brings down the energy of the crowd. The thought of violence and bloodshed is removed from their mind, at least for the time being, and they accept their empress.

Back at the palace, Sophie looks at the whole scene from a distance and is baffled by Elisabeth’s actions. It is when a servant gives her the full picture that she discovers that Elisabeth is pregnant. This turns the situation completely in the young royal’s favor. As soon as Franz and Elisabeth were married, she was told that her foremost responsibility was to provide an heir to the throne. Throughout the season, despite all her efforts, she is unable to bear a child, which adds to the fact that she is disposable. If she leaves, a different bride will be found for the emperor, one who can give him heirs.

Now that Elisabeth is pregnant, she becomes the most invaluable person in the palace. Now, she can’t leave, even if she wants to, not until she has given birth. This also undermines Sophie’s position, as the pregnancy gives Elisabeth a chance to fix things with Franz, who already seems to be in awe of her following the events of the finale. He’d always been driven by the desire to do something for his people, but he had still remained at a distance from them, as advised by his mother. But seeing Elisabeth alone in the middle of the mob that was supposed to attack the palace, Franz might have a lesson or two to learn from his wife. However, we don’t yet know how Elisabeth’s popularity, which will only soar from here, will affect his ego, and how that will reflect in their relationship.

What Happens to Maximilian? 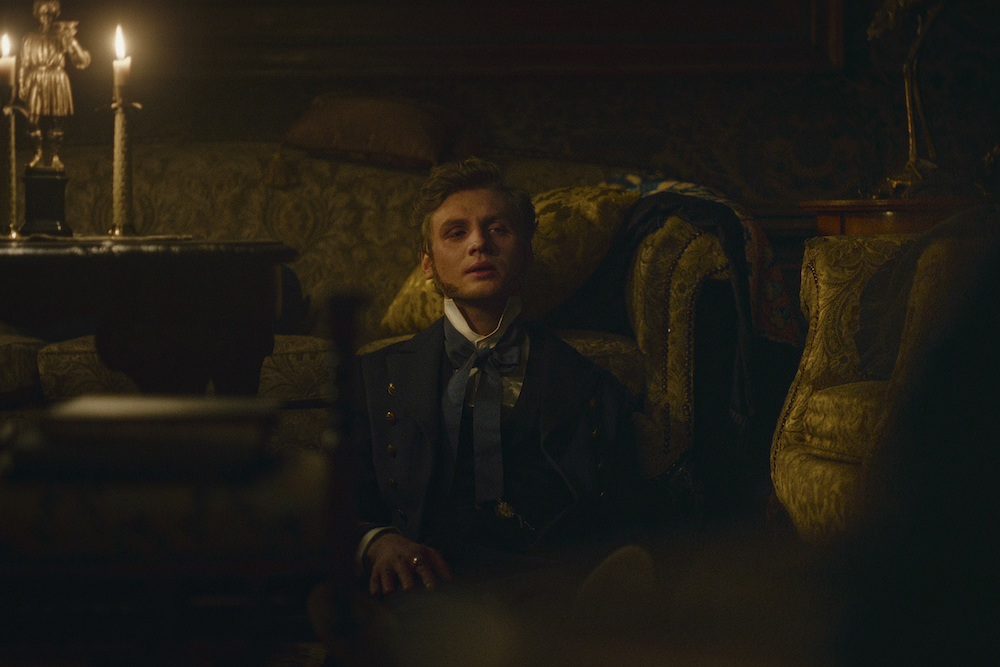 While things calm down for Franz, his brother is not in such a good place by the end of the season. Maximilian had always been different from his brother. He was more fun-loving, more charming, and more popular, as compared to his uptight and closed-off brother. Still, Maximilian never got the recognition he thought he deserved. He was kept away from court, and when his brother finally brought him on board, his opinions were easily dismissed and he was never taken seriously. On top of that, his brother married the woman that he’d fallen in love with.

All of it became too much for Maximilian and he decided that it was time for his brother to let go of all that he had received simply because he was older than him. He gets a few people in the court in his favor, going as far as to get the church on his side too. However, timing and his mother don’t work in his favor, and at a critical moment, his best-laid plans go to waste. He is rejected by Elisabeth, once again, and the failure to overthrow his brother hits him hard. But that’s not even the end.

Plotting a coup means that he has committed the highest of treason. If he’d agreed to let go of it at the right time, no one would have been the wiser and he could come out of the entire thing relatively unscathed. But now, Franz knows that his brother wants his crown as well as his wife, and there is no way that he won’t make Maximilian pay for attempting to steal both these things from him. While surely he will have to face the consequences of his actions, history dictates that the price won’t be too high. The real-life Maximilian died a long way from home around thirteen years after Elisabeth became the empress of Austria. This means that we haven’t seen the last of him yet, though how Franz chooses to punish him and what it means for his relationship with Elisabeth will be interesting to watch.

Read More: Is Netflix’s The Empress Based on a True Story?