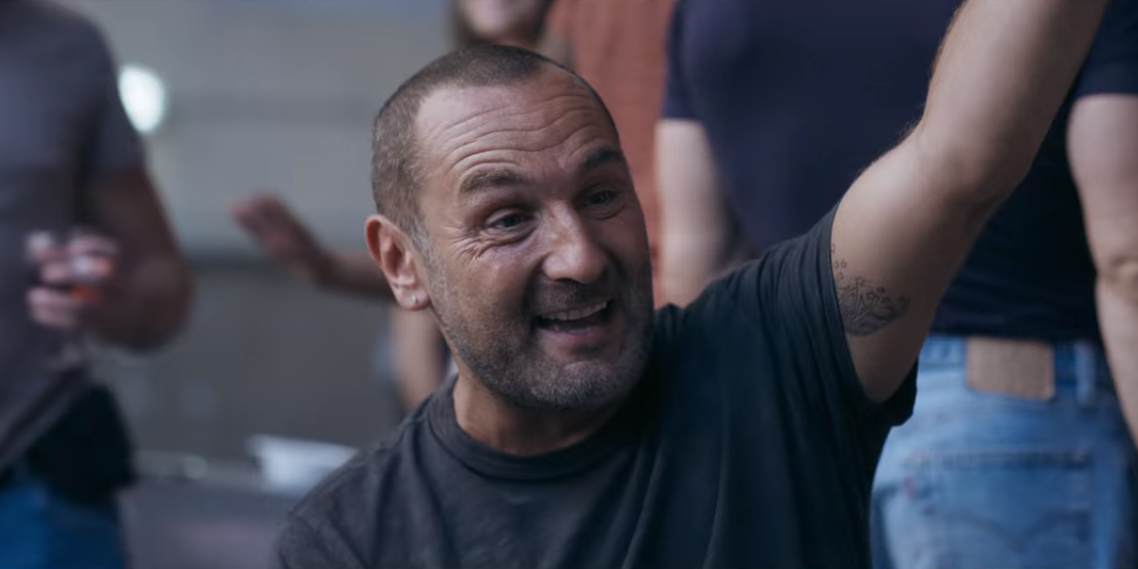 Cédric Jimenez brings an unlikely police corruption action thriller in the French original ‘The Stronghold’ (Original title: ‘BAC Nord’). The story follows the titular small-time police team, achieving moderate success in catching criminals in the Marseille ghettos. However, the criminals often outnumber the team, and they want to initiate a wide-scale crackdown on the local drug operation. They are successful in the procedure, but the law enforcement team emerges as villains in the national media in the second half. If you seek to revisit the story’s final moments, let us break down the ending for you. SPOILERS AHEAD.

Greg, Yass, and Antoine are a small-time DAC team working to eliminate crime in a Marseille ghetto. Yass is going to have a child with Nora, who also works for the force. But the gang rules the world of the ghetto with an iron fist, and more often than not, the DAC team are bullied around and dissuaded from their pursuit. Moreover, with Antoine giving hash to his informant friend Amel, the lines between law enforcement and crime become blurred. Crimes are rampant in the ghettos, and the police have seemingly given up on these fringe settlements.

However, the DAC team gets a big responsibility from their senior Jérôme. Working on orders, they attempt to crack down on the elaborate drug operation network. Amel tells Antoine to follow the bag since the dealers never roam around with too much stash in their pockets. Yass, Greg, and Antoine crackdown on the drug operation risking their lives, and become heroes for the day. Amel is paid back with the drugs, just as asked, and two months later, the DAC team finds itself in the middle of a nationwide scandal.

The Stronghold Ending: Why Does Internal Affairs Arrest the DAC Team?

After the operation, the DAC North team become heroes. The police recover a hefty amount of money and pieces of jewelry along with the stash. Jérôme congratulates Greg on the operation. Greg is world-weary as always, but we see a momentary smile on his face. However, the smile would not last long since, after two months, the police force turn against them. Internal Affairs embarks upon a thorough investigation of the DAC North team on drug trafficking and money laundering charges. Greg is outrageous, Yass does not know what Yvon, the investigator, is talking about, and Antoine tries to make a case for self-consumption.

They seemingly do not realize the gravity of the situation at first. The prison is a hellhole for them since they are the cops – the punishment is a double-edged sword for the trio. Shortly after Yass and Nora have a baby, they are taken to jail, and Yass misses the family. Greg has no vice except counterfeit cigarettes, and he is the most devastated of the three of them. He tries to put on a fight, but the fight breaks him even more. Antoine lives a reasonably organized life, but his conscience would bite him back after a trigger. The bleak existential turn of the drama makes one realize the futility of their profession. Greg, Yass, and Antoine become pawns in the game of bureaucracy.

But Amel had asked five kilos of cannabis for the information provided, and the viewers have seen Antoine giving the drugs and the money to Amel as promised. Although he tries to wash off his hands by giving her the bag of recovered items, the act bites the team back. The team finds that their governmental job has less security than they thought, and they are on their own. In a media conference, the spokesperson assures that the government would take the most stringent of actions for the alleged drug trafficking and defiling of the police badge. On the other hand, the trio is pretty much ostracized in their cells since the inmates are eager to teach the “cops” a lesson.

Are Yass and Greg Team Released From Prison?

While the movie’s first half is packed with wall-to-wall action and complemented with a jarring camera, the second half becomes decidedly different in its existential tone. Yes, if you have seen the movie, you would know that the DAC team gets out of prison. But while the three enter the jail the same, they exit as different persons. Nora tries to pull some strings within the police force, but no one helps her. However, as Yass has Nora and a family to return to, he still holds his ground. Nora comes to meet Yass in prison, and he is elated nonetheless.

Antoine is a person with an organized headspace, and although his ethics are not strong, he would realize what to do, and we are coming to that. But Greg is the worst affected among the three, and with multiple “tablets,” self-harm, and trips to the infirmary, his mind begins to dissociate. Something snaps in him, and the life in his eyes gradually leaves him. In the corridor, when he is dazed out of his mind and cannot recognize Yass, Yass realizes that he has to save his dear friend.

Devising a strategy, he asks for a haircut from his warden, as he knows that only inmates can cut another inmate’s hair. And with the precarious position of Yass in the jail community, they cannot allow any prisoner to cut his hair. With the abject condition of Greg, Antoine comes to shave Yass. Although ordered not to converse, Yass indirectly makes Antoine realize the state of Greg.

Yass urges Antoine to take action, and after giving it some thought, Antoine spills all the beans about Amel and frees his conscience. With Antoine’s statement, the other two get released from jail. While Yass becomes reinstated in his old position in the police force, Greg cannot return to his old life. While they are not in prison anymore, the episode seemingly still haunts Greg. He takes up an office job as a municipal officer and tries to move past the trauma.

What Happens to Antoine? Is The Drug Problem Solved?

Considering Antoine has divulged the whole truth to the police, he is also an accomplice in the crime due to his prior involvement with Amel. They also grow an amicable friendship, and the backstabbing breaks Antoine in return. He sees Amel in custody, and with this finale, he is altered. But as an accomplice, he has to serve his sentence. And going against the strain, Antoine becomes a prison nurse tending after other inmates. After spilling the truth to the police, he is seemingly at peace with himself. However, one may ask whether the drug problem is solved or not.

Although some key players are taken into custody following the operation of the trio, the drug problem is apparently not solved. Amel going to prison, therefore, would not do the ghetto any favor. Yass goes into a civilian room during the operation, but he is injured following the violent retaliation of the child. When this child grows up, maybe he will follow the same darkened path. Based on a true story, the tale unearths how the economy of drugs is woven into the very fabric of fringe society.