‘Network’: A Trip down the Starkness of American Television 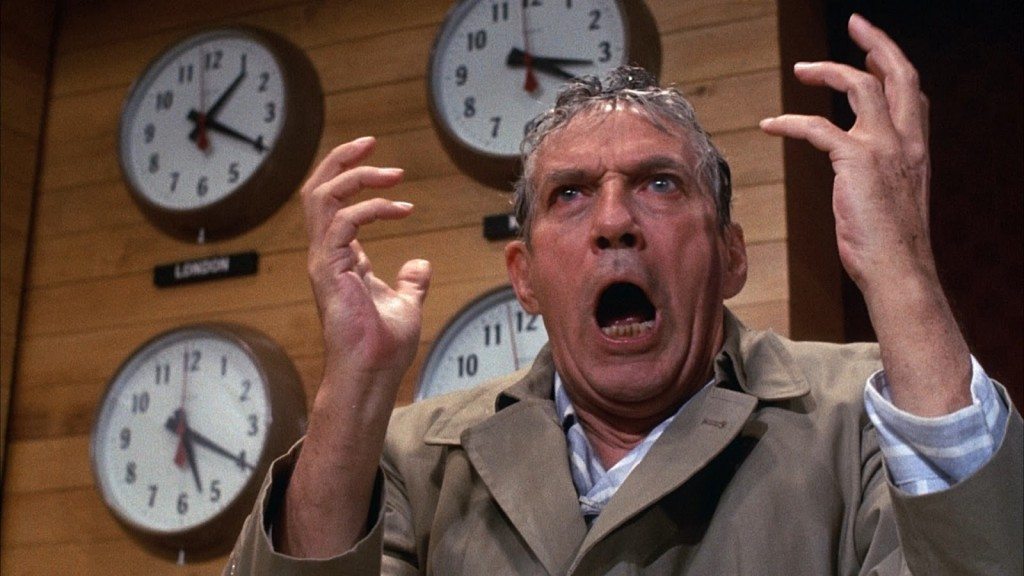 A hundred years down the line, when scholars would dissect the history of cinema, Sidney Lumet’s bizarrely entertaining masterpiece ‘Network’ (1976) would stand alone as a movie that prophesized the evolution of one of the most influential media of our times – the television or the idiot box as it is often scoffed at! The movie has been so impactful that one of its most iconic lines, “I’m as mad as hell, and I’m not going to take this anymore” has almost transformed itself into an artistic cataclysm. It could be deduced that the film constituted an outrageous allusion to the television industry. Alternatively, the movie also made an incisive attempt to break into the heartless core of a business model that had been virtually reduced to a maddening scramble for higher ratings. Although funny in parts and described as a satirical black comedy; ‘Network’ creates more flutters than laughter and a thoughtful viewer would walk out of the hall a little disillusioned with the contemporary craze with generating increased revenues at any cost.

Sidney Lumet had always excelled in being one of the most unobtrusive and unassuming directors of his time, so much so that one hardly notices his immaculate contributions while watching his highly appreciated movies. ‘Network’ aptly established Lumet as the king of intelligent drama. While making inroads into what made the movie click, the first thing that one notices is its witty yet dark script by the renowned American playwright Paddy Chayefsky, which bagged the Academy Award for Best Original Screenplay. The script actually works on a couple of counts, one for weaving together a story that trivializes the television business in a way that raises eyebrows and the other for narrating it coherently without going haywire. The movie masterfully shifts its gears between madness and sanity. While the diabolical and messianic rants by the movie’s principal character Howard Beale constitute one end of the movie’s spectrum, the subtle human degradation that accompanies ruthless professionalism constitutes the other.

Now, if we are to deconstruct the film’s central plotline, we would find that it deals with a television network’s continued struggle to gain increased ratings and an ageing anchor’s attempt at rediscovering his lost charm through the usage of live histrionics. That doesn’t however sum it up. The movie is also about a crooked affair between a middle-aged news executive Max Schumacher and a morbidly professional programming executive Diana Christiansen. In fact, this supposed sleek affair represents everything wrong about television and its offshoots. In her quest to increase her numbers, Diana pairs up with her boss Frank Hackett and convinces the fictional Union Broadcasting System (UBS) management to fire Schumacher. The scenes involving Max and Diana are so alarming and tense that during one of the sex scenes, Diana actually climaxes while deliberating on the prospects of a proposed television show called ‘The Mao Tse-Tung Hour’.

Although, the on-screen dramatics by Howard Beale seem a little unrealistic, the boardroom discussions impart realism to the pre-eminent conjecture espoused by the movie’s plotline. Diana’s prime-time show ‘The Mao Tse-Tung Hour’ is portrayed to be based on the exploits of the Ecumenical Liberation Army, which happens to be an obvious reference to the Symbionese Liberation Army, a radical left-wing organization active in the United States of America back during the seventies of the last century. Diana is shown to discuss the prospects of the show with the underground leader of the outfit in an overt display of remorseless and desperate professionalism. Although a little far-fetched, it does establish the primal nature of the television business and is also in a way a grim reminder of Diana’s moral credentials. 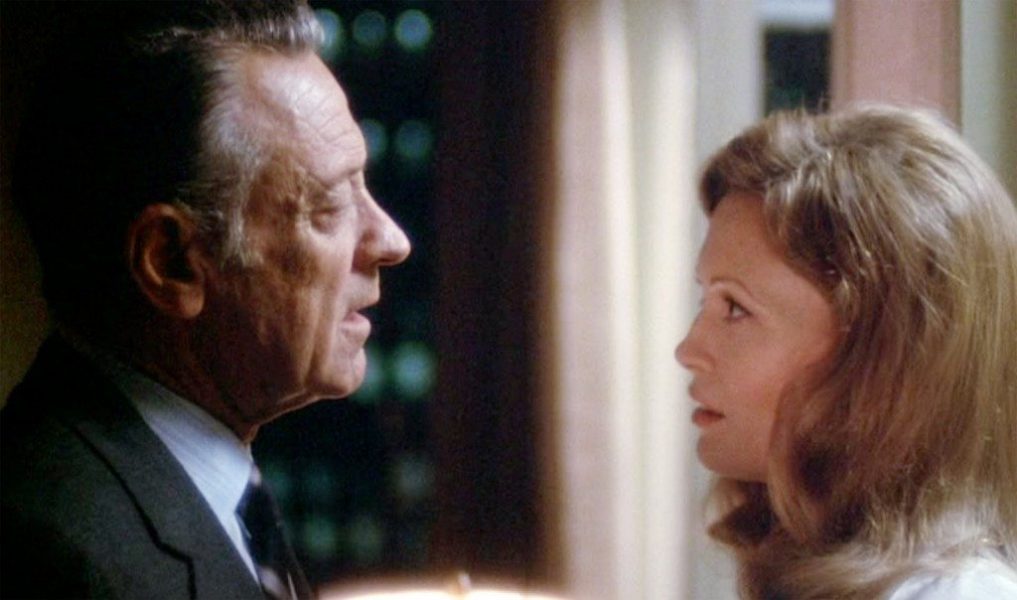 The character of Max is probably a misfit in the entire scheme of things. While being a serious journalist, Max is also enamoured by the ruthlessness of Diana thereby sparking a romance between the two. The relationship between Diana and Max leaves his wife Louise bewildered, who has had a cold nuptial bond. It wouldn’t be an exaggeration to note that Louise, although perplexed at the development, doesn’t seem visually surprised.

All hell breaks loose when Howard overdoes his part and directly opposes the UBS’s proposed takeover by a Saudi Arabian giant conglomerate. Hackett then takes him to a meeting with the network’s chairman Arthur Jensen. In a legendary monologue during the meeting with Howard, Jensen impassionedly gives his own version of what the world has become under the increasing influence of corporatization. In fact, he goes to the extent of persuading Howard to relinquish his existing avatar and propagate something that would support the global corporate vision. While ‘The Howard Beale Show’ substantially goes down in terms of popularity, the network’s top-brass fails to persuade Jensen to fire Howard. Consequently, Diana plans his live assassination by members of the Ecumenical Liberation Army. In doing so, the network ensures the resurrection of its dwindling ratings through the second season of ‘The Mao Tse-Tung Hour’.

In what is now considered to be a major landmark, Peter Finch played the role of Howard Beale to near perfection, which posthumously bagged him the Academy Award for Best Actor. William Holden enacted the role of Max with an aplomb that marked many of his earlier performances. It arguably remains to be one of his finest works. Faye Dunaway, in playing out the part of Diana, overdid herself in more ways than one. Many contemporary critics consider this to be her breakthrough show, which eventually managed to land her with the Academy Award for Best Actress. Beatrice Straight while playing the role of Louise set the record for the shortest performance to clinch an Academy Award. She appeared on screen only for five minutes and two seconds and bagged the Academy Award for Best Supporting Actress. Robert Duvall also turned in a memorable show with his role as the grumpy executive Frank. However, one performance that received significant critical acclaim was that of Ned Beatty as the network chairman Arthur Jensen. The cinematography by Owen Roizman is sublime to say the least and perfectly captures the snappy character of the movie.

While the film could have been a mess had the story been told in a different format, it actually managed to become a masterpiece subject to its unique diegesis! Truth be told, ‘Network’ will not be remembered for its storyline, it would actually be recollected for successfully capturing the phenomenon called television.