Review: Never Have I Ever Season 1 Episode 5 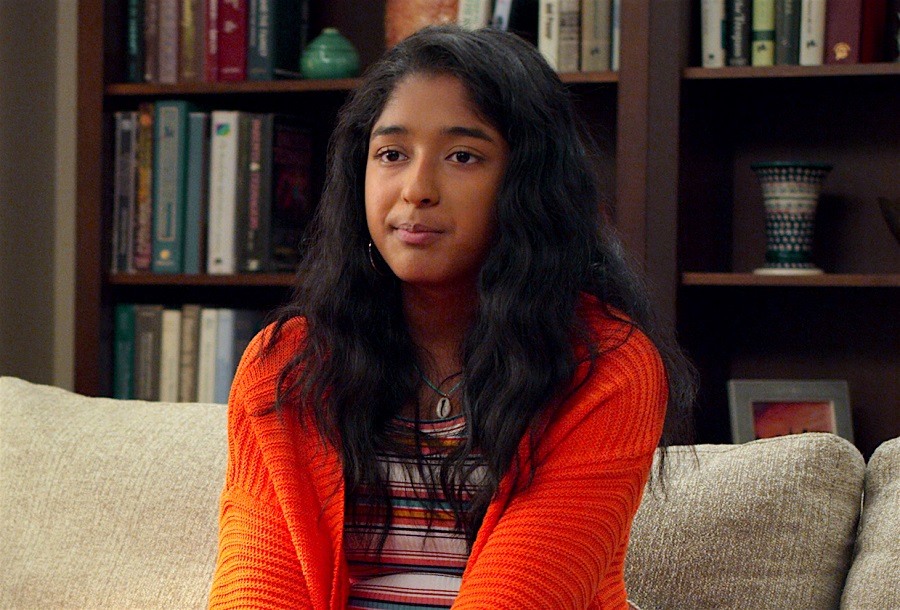 The story of Devi had started with her wish to become one of the cool kids in school. She also harbored a crush on Paxton Hall-Yoshida and wondered if something could happen between them. The attempts to have sex with him failed, but their interactions resulted in a good friendship. She got some mixed signals from him, but because he had complimented her on the day of Ganesh Puja, he made Devi hopeful.

While all these good things happened, some problems surfaced as well. She based the friendship with Paxton on a lie, at least for her friends, who falsely believe that they are together in secret and had blurted out this information to Ben Gross, Devi’s archnemesis. With the increasing attention, the weight of her lies gets heavier as well. In this episode, she finds herself crushed beneath it.

Never Have I Ever Episode 5 Recap

Devi is grounded after getting drunk at the party and getting bitten by a coyote. However, things go better at school as Paxton acknowledges her as his friend, not knowing that it means something else for Devi’s friends, who have a different perception of their relationship. At home, Devi is tired of doing chores and finds a way out in the form of the Model UN trip. This infuriates Ben Gross because they had marked their territories years ago.

Fab decides to come out to her parents but is scared of their reaction. Eleanor, too, goes through a personal crisis when she discovers that her mother had been lying to her for all these years. On the trip, the rumor about Paxton and Devi’s hook-up spreads like wildfire, and she finds herself at the center of everyone’s attention. Finally, she is popular, but it comes with a price.

Never Have I Ever Episode 5 Review

In its fifth episode, ‘Never Have I Ever’ focuses on the character traits of Devi that show us why she is a fitting teenager to start a nuclear war. From the first episode itself, we had witnessed her hot-headedness. She tends to be impulsive and brash and doesn’t think through her actions. She lies to her friends about Paxton, but when the rumor gets out of the friend circle, she doesn’t give a second thought to how it might reflect on Paxton. She enjoys the attention and privileges that come with the popularity but doesn’t stop to think that the rumors might damage her standing in the new friendship.

We also get a taste of her selfishness and how self-centered she can be. She is so focused on her own thing that she doesn’t give much thought to what’s going on with her friends. Her vanity is highlighted through her beliefs that she is always the one with the biggest problems in the room and that her needs should always be prioritized, giving little thought to what others might be going through personally.

The episode gives more room to Fab and El. In the previous episodes, we had come to know about Fab’s sexual identity and had found her conflicted with acceptance of self. Moving beyond that, now she has another hurdle to cross. Coming out to her family and friends is much scarier, and El, too, sees an awkward conversation on the horizon with her mother.

Both of them have difficult things in their lives, much serious than Devi’s desire to be popular, which is what makes her behavior more frustrating. Through this, the show not only emphasizes on Devi’s personality but also on the plain fact of how tunneled teenagers can be in their perspective.

Apart from this, the show also gives us moments of relatable things, like Nalini grounding her daughter for getting bitten by a coyote and Trent believing that Paxton’s father is his neighbor. Reaching its halfway mark, the series also consolidates its standing and allows us to believe in the promise of a better journey ahead.