Where is Sarah Goode’s Brother-in-law Now? 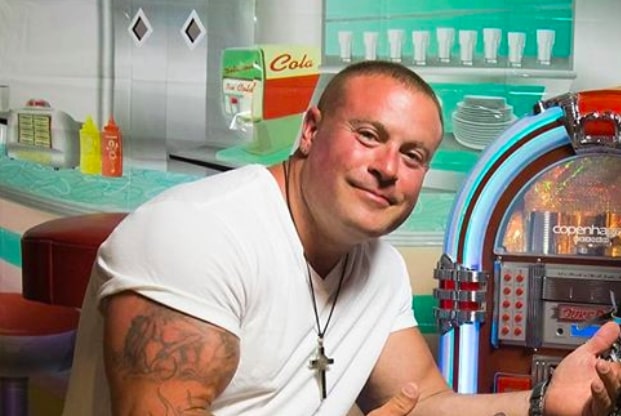 The troublesome case of Sarah Goode made national headlines when the 21-year-old single mom was brutally raped, murdered, and left in the woods near her house. The crime which took place in 2014 left her family grieving at the unexpected loss. In 2016, Dante Taylor was convicted for her death and rape by being sentenced to prison for life. The case then took another dramatic turn when Taylor committed suicide while he was in prison.

When the media channels covered her family, they came across as a big happy family that could not fathom that Goode was really lost to them. From massive search parties to wearing matching t-shirts for the case’s trial, they were supportive of Goode even though she was no more. As prosecutor Albertson, mapped out the gruesome details of the crime, the family broke down in the court and could not maintain their composure. And one person, who was really close to Goode and couldn’t contain himself, was Nick Giannetto, Goode’s brother-in-law. As he saw Taylor, he yelled out: “ I hope you burn in hell, you f- -k”

Even in his interview with NBC’s Dateline, he talks about how he was really close to Goode as she was just a child when he was introduced to her. He said: “ She was very outgoing and talkative, and very fun to be around. Whenever I cooked something, she was right next to me and wanted to learn how to do it or taste it.” The two even had a thing where Nick would paint her nails. He recollects the last time he saw her with much pain as she was about to leave for the party with her friends. He has been with the family almost every step of the way seeking justice for Goode.

Where is Nick Giannetto Now?

Nick Giannetto still seems to be working in the home improvement and renovation sector. He is very vocal and active on his social media pages. Nick is a turbo head and crazy about all the wheels he can lay eyes on.

One of the things that really stands out in his Instagram account is the many pictures he has posted of him with Jocelyn, Goode’s daughter. Though it is not sure if his family officially adopted Jocelyn, she seems to be a big part of the household. The two can be seen having fun doing various activities.

His love life also seems to be going great, judging by his posts.

Even though it has been quite a few years since Goode passed away, Nick still seems to remember it like it was just yesterday. In one of his Instagram posts, he wrote:  “The day I came from work painted your nails. Laughed together a little sister too me! Talked about how I did her nails better than the nail salon. Not knowing this would be our last time spent together. The night you left and was taken by such evil!!”

Surely, though time heals certain wounds, the scars can still be a painful reminder.