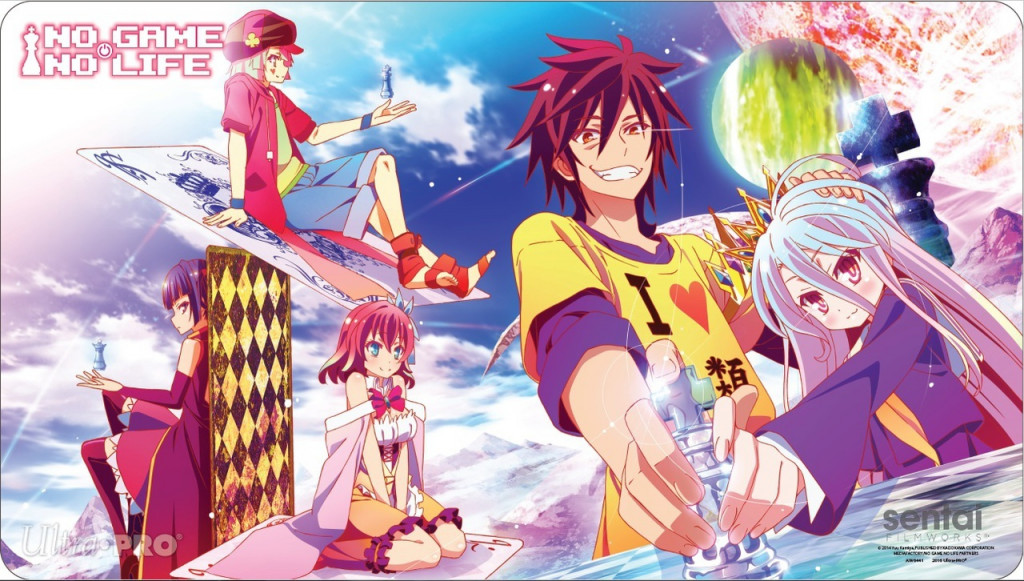 No Game No Life (also known as Nō Gēmu Nō Raifu in Japanese and commonly known as NGNL) is a Japanese fantasy anime television series which is based on a light-novel  series of the same name. Written and illustrated by Yuu Kamiya, the light-novel series was first published on April 25, 2012. A year later, in 2013, it was adapted into a manga series, and the following year, into an anime television series. Season 1 of No Game No Life premiered on April 9, 2014, and was an immediate hit among fans of the source material and new viewers alike. Since then, fans have been demanding a second season of this hugely popular series. Here’s everything we know about the prospects of Season 2.

No Game No Life Season 2 Release Date: When will it premiere?

No Game No Life season 1 premiered on April 9, 2014, and saw its finale being aired on June 25, 2014. In the same year, six special episodes were released under the title, No Game No Life Specials, much to the delight of fans. Subsequently, three years later, an anime movie called No Game No Life: Zero was released on July 15, 2017, serving as a prequel to the show. It was also a hit among fans.

Yet, as of now, Season 2 of No Game No Life has not been announced, despite fans demanding a second season. In 2018, it appeared that the chances of Season 2 materializing were pretty high, but as it stands, nothing has been confirmed. The rumour mill suggests that the show ran into legal troubles, and if that is indeed the case, then there could be a considerable delay in Season 2. At this point, No Game No Life season 2 release date of 2021 or 2022 seems like a distant dream. We will update this section as soon as we learn more. In the worst-case scenario, Season 2 could also get cancelled. That being said, nothing is certain as of now, and we’re keeping our ears open for news on Season 2. We’ll update this section as soon as we hear something concrete.

No Game No Life English Dub:

In case you like watching anime shows in English, the good news is that No Game No Life has a good English dub done by a talented bunch of voice actors. If you want to watch the show in English, you can find dubbed episodes on Crunchyroll and Amazon. You can also stream it on Netflix with its original Japanese audio and English subtitles.

No Game No Life Plot:

Like many anime shows, No Game No Life blurs the line between reality and virtual reality, and focuses on a couple of gamers whose lives gets completely upended by unexpected and bizarre developments.

The show follows a brother-sister duo – 18-year-old Sora and 11-year-old genius Shiro – who are online gamers and the people behind the legendary username “Blank”. Fed up and uninterested in the real world, Sora and Shiro view the world as a pathetic and boring game, and prefer to spend their time online, augmenting their gaming reputation as Blank. With zero losses to their name, Sora and Shiro are proud gamers who will do anything to preserve their invincible record.

However, this all changes when they receive an anonymous email challenging them to an online chess game. Eager to preserve their reputation, Sora and Shiro dive headfirst into the game, and as is their habit, they secure a flawless win. Before they can even celebrate their win, they are transported into a colourful fantasy world called Disboard where they meet a cheerful boy called Tet, who introduces himself as the God of Games. As Tet introduces Sora and Shiro to Disboard, the duo quickly realizes that Disboard is a unique world where all conflicts, from trivial ones to national ones, are resolved through high-stake games. They also learn that among the sixteen races which inhabit Disboard, humanity is the least powerful and the lowest ranked, and survive in a kingdom with only one city.

Stranded in this strange, bloodshed-free land, Sora and Shiro find a new purpose. With their supreme gaming abilities, the brother-sister duo set their sights on conquering the world, uniting all sixteen races under one banner, defeating Tet, and becoming the gods of Disboard. The show follows the duo as they go about realizing this new dream of theirs.

No Game No Life Characters:

No Game No Life has dozens of characters but only a handful among them serve as main characters in the show. Below, we’ve provided you with brief backgrounds on each main main character.

Sora: The elder sibling among the two, Sora is an 18-year-old boy with spiky brown hair. A brilliant NEET, Sora was abandoned by his biological parents when he was a child, and currently lives with his stepsister, Shiro. Despite being a social recluse, Sora is confident and outgoing, and does not back away from any challenge, especially those pertaining to games. Sora is also brilliant at reading people, can predict their next move, and can be extremely manipulative when he wants to be. However, all of Sora’s swagger is subject to whether he is around his sister – the moment he gets separated from Shiro, Sora becomes a spineless coward and an emotional wreck. He treats his much younger sister as his equal and is extremely protective about her. Although not as brilliant as Shiro, Sora has a genius level IQ, and is brilliant at logic and computing.

Shiro: Sora’s 11-year-old stepsister, Shiro is the second main protagonist in the show. Born with a genius IQ, and largely considered to be a prodigy, Shiro is exceptional with it comes to logical problems and computation. However, her overly logical nature has a downside and she is not very adept at understanding people and their emotions. Shiro is also extremely Sora, and needs him by her side at all times if she wants to function at peak capacity. She is also shown to have a dry and twisted sense of humour, and gets pretty jealous if Sora starts ignoring her for his romantic interests.

Tet: The One True God of Disboard, Tet is a king chess piece and rules over Disboard. Bright and playful, Tet appears to be a young boy, and abhors violence. After he gets defeated in a game of internet chess at the hands of Shiro and Sora, he summons them to Disboard. However, when Shiro and Sora arrive in Disboard, they aspire to become the fantastical world’s One True God. This, of course, is not easy, and the brother-sister duo have to unite all 16 races to gather the chess pieces required to challenge Tet for his title.

Stephanie “Steph” Dola: Another main character in the show, Steph is not a human and belongs to the race called the Imanity. The granddaughter of the King of Imanity, Steph aspires to become the queen of her race. In the show, a mistake on Sora’s part and circumstances result in Steph falling in love with. However, while she is initially obligated to love Sora, she later develops genuine feelings for the 18-year-old human.

Riku Dola: An 18-year-old Imanity, Riku has a lot in common with Sora, but has somewhat of a split personality. Figuratively speaking, when Riku’s heart is locked, he can appear to be cold, emotionless, and calculating, but when his heart is unlocked, Riku’s bottled up emotions often find a violent release. Much like Sora, Riku is shown to be a master strategist with a penchant for manipulating his opponents.