In June 1993, the town of Port Hueneme in California witnessed a horrific crime — a beloved single mom, Norma Rodriguez, was strangled to death in her home about a few feet away from her young son’s room. Even after sitting through an interview and a polygraph test, the killer evaded capture for over a decade. Investigation Discovery’s ‘Betrayed: Flirting With Death’ unravels the tragic and bizarre case in a detailed and skillful manner. If you are intrigued to know what exactly happened along with the whereabouts of the perpetrator now, then we have you covered.

How Did Norma Rodriguez Die?

Norma Garcia Rodriguez was born on November 15, 1960, in the town of Mercedes in Hidalgo County, Texas. She worked as an Assistant Manager in Oxnard Kmart and was a single mother of 2 sons, Andrew, 11, and Austin, 4. At the time of the incident, she resided in Port Hueneme in Ventura County, California, and was a dear and respected member of the community. Hence, it came as a shock when she was discovered dead at her home in East B Street on the morning of June 1, 1993.

Norma’s body was discovered by her ex-husband, Tony Rodriguez, who had arrived at the scene with his brother, Hector Rodriguez. The ex-husband claimed that he had come to Norma’s place in the morning, as usual, to pick up their sons and take them to school. But when nobody answered his knocks, he used a credit card to force the door open and enter the house to discover his ex-wife on the floor. Tony called 911 and informed them about the incident. He then instructed the kids to stay in their bedrooms and wait for the police to arrive.

The police had arrived at the scene to discover the 32-year-old strangled with her face wrapped in duct tape. Some of the tapes had been cut that Hector took responsibility for, saying he cut them in the hope that Norma might have been still alive. The brutality of the crime was appalling, but it became clear to the police that the killer had put in a lot of effort to stage the scene. There was no blood at the scene and no signs of forced entry either.

With the discovery of Norma’s purse in her bedroom and minimal signs of struggle at the crime scene, it became clear that the motive behind the murder was not burglary gone wrong. All these factors substantiated the claim of experts that the killer was probably someone who knew Norma and the covering of the face demonstrated that they did not want to look at her. As per the show, her shorts were a little undone, and the police discovered a pair of house keys near the body.

The Port Hueneme Police police initially suspected Tony and took him and his brother to the station for questioning. However, Tony had an ironclad alibi during the time of the murder. He had been at a baseball game with his brother and elder son, Andrew, who corroborated the claim. Andrew further informed the investigators that he was dropped home late at night and found the front door locked and the house immersed in darkness. He entered the house by crawling through his bedroom window at the back. 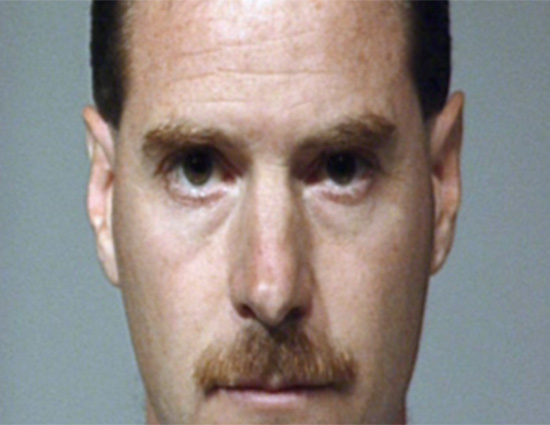 Once inside the room, Andrew’s younger brother, Austin, reportedly told him, “Mommy has a band-aid on her face.” However, he didn’t pay much heed to the 4-year-old and went to sleep. When Tony and Hector passed polygraph tests, they were cleared of all suspicions. Upon interviewing Austin, the investigators came to know of a man named Corey who was allegedly present in the house at the time of the murder. An extremely nervous man, Corey Davis was a colleague of Norma who denied having any personal relationship with her, apart from the occasional interaction at the workplace.

Corey also passed a polygraph test and was cleared off the suspect list. The police spoke to Beatrice, another colleague of Norma, who said she was one of the co-workers who attended a barbecue at Norma’s home a day before the murder. She also mentioned how the hostess had lost her house keys at the party. The police finally understood how the assailant broke into the house without forcing in. Detailed scrutiny of Norma’s guest list revealed another suspect — Warren Patrick Mackey.

Norma’s colleagues alleged that Warren had tried to establish a romantic relationship with Norma against her wishes, which Warren vehemently denied. He stated that he watched television with her and was the last person to leave the party at Norma’s residence. As per his whereabouts, Warren said he went to a club with his roommate and his roommate’s girlfriend at night. The couple corroborated this claim, and Warren also passed a polygraph test. With no more evidence in hand, the case turned cold.

However, it was only a decade later that the case was cracked with the help of advanced technology. A lab official was finally able to find a match for the DNA recovered from the crime scene The DNA found on the fingernails and tape was a match with Warren’s. The investigators were stunned as he had an alibi, passed the polygraph test, and cooperated well throughout the investigation. The police believed it was the rage of being rejected that drove Warren to enter Norma’s home using the stolen keys and strangle her to death.

Where Is Warren Mackey Today?

Warren Patrick Mackey had provided his DNA voluntarily to the police when they were investigating Norma’s case. He was arrested in August 2003 on the charges of murdering Norma. Within two years of arrest, Warren pleaded guilty and was sentenced to 15 years to life in prison in 2005.

After the verdict, the victim’s sister, Oralia Garci, reminisced, “It still hurts like it happened yesterday. I miss her in my life. That wound does not heal. We just put it on the back burner. We have to live for Norma, and we have to go forward.” According to official records, Warren Mackey, now 58, is currently serving his life sentence at Valley State Prison in Chowchilla, California.