What is Normal People Based on? 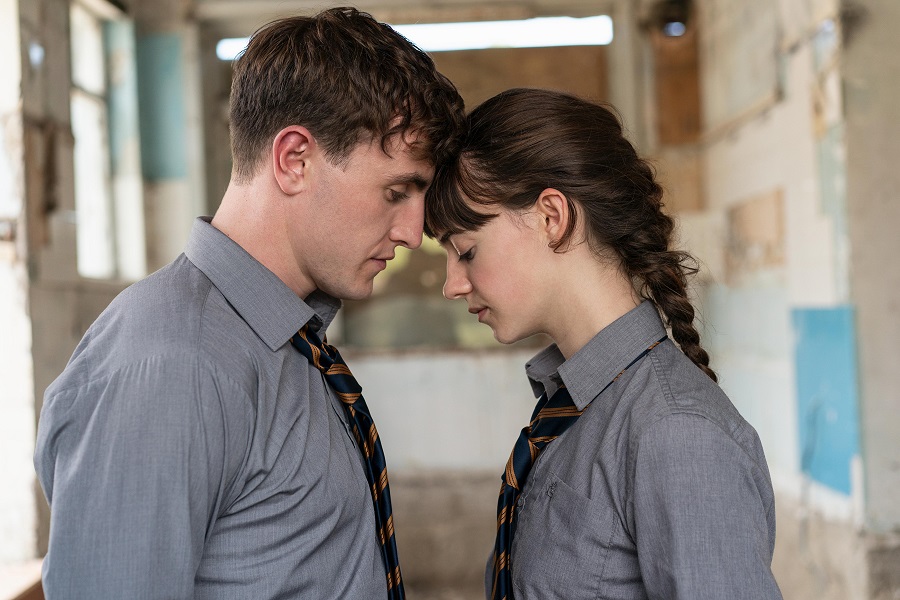 Hulu’s ‘Normal People’ follows the story of Marianne and Connell. They fall in love with each other while in school, but keep drifting away as they move forward in life. However, no matter how much distance they put between themselves, they circle back to one another. The show portrays their story in a heartfelt and realistic manner. It deeply resonates with the viewer and makes them wonder if the couple is imaginary at all. Are Marianne and Connell based on real people? Here’s the answer.

Is Normal People Based on A True Story?

No, ‘Normal People’ is not based on a true story. It is based on the book of the same name by Sally Rooney, who also adapted it for the screen with Alice Birch. Like her previous work, ‘Conversations with Friends’, Rooney had started the book as a tie-up of different short stories, which allowed her to explore the relationship between Marianne and Connell at different points under different circumstances.

The inception point was the short story, ‘At the Clinic’. “I kept wanting to write about these characters who were in their early twenties and their relationship had this texture to it because of their history. Eventually, I thought, what if I just went back and just told their story from the beginning, chronologically,” she said. She also felt these characters quite close to herself and found herself inhabiting different worlds through them. She concocted their world through the one that she lived in, which is what made the story resonate so well with the readers.

Life takes Marianne and Connell to Trinity, and their time in the university also shapes their lives differently. Rooney set their story there because this is what she had experienced herself. She had started working on the story just after finishing her Master’s and spending so much time in Trinity before that, she found it to be the most natural setting for the story. “My only experience of Dublin at the time was Trinity, and these are very much the people I write about in the book,” she explained.

She was also interested in exploring the psyche of the characters as how they saw themselves and how they wanted the world to perceive them. She mixed this study of behavior with the class conflict of the protagonists, something that has always captivated her imagination. “I’m really interested in class as a very broad power system, and understanding how economic anxiety feels and how people understand class as an identity; that maybe it’s more complex and not reducible to a number or a position in a given social system; that class can have features that are external to those things and not reducible to those things,” she said.

Rooney also wanted to work out the power struggle in a relationship based on gender clash and sexuality. She doesn’t feel drawn to “writing about relationships where the two parties are completely on the same page, and there is no power disparity.” This tug of war is also stressed through the sex scenes where she adds the actions and desires through the psychology of the characters, the traumas they have been through in their lives, and the changing perception towards each other.  “Power is a feature of human relationships. I was very interested in this character who’s very young and has very limited life experience. How is he going to negotiate this sudden rush of power that he has over another person? I was interested to see how his ability to negotiate that was going to change from the time that he handles it poorly at 18 to a time to a more complex understanding by 22,” she said.

One of the best things about ‘Normal People’ is its ending. While most romance dramas tend to focus on the concrete endings for their characters, Rooney wanted to keep it as unpredictable as Marianne and Connell’s relationship. She thought about giving them a happy ending for a long time but struggled to conclude the story that way because it didn’t seem right. After toying with 12-13 drafts of the possible endings, she found conclusive inspiration in ‘Daniel Deronda’, a George Eliot novel. Even though the two stories were vastly different in a lot of ways, she found that this approach to her story would give it a more fitting end than any other conventional way she wanted to leave it.