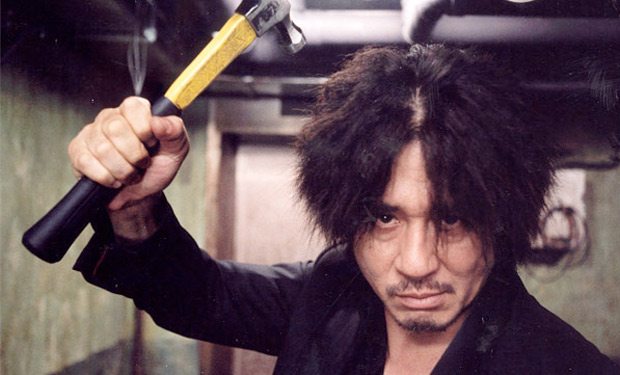 Not everyone likes the over-the-top extremist or surrealistic take of Korean films. For the haters, here is a little exercise to change your opinions. Skip to the 43rd minute of ‘Oldboy’ and keep watching for the next 3 minutes. I can bet my life that you would go back and start watching the movie from the beginning. Such is the brilliance of ‘Oldboy’.

The most important step that a viewer of ‘Oldboy’ should take after he has completed watching the movie is – watch the movie again. Multiple viewings of the film are an absolute necessity to completely grasp the film’s metaphors and parallels. Watch the film for the first time and you will be amazed by the plot and narrative. Watch the film again and you will bow before the brilliance of Park Chan-wook’s filmmaking.

The film deviates from the usual path of the revenge thrillers. The film asks the question of whydunit rather than whodunit. The plot revolves around a rather drunk and abusive individual, Oh Dae-Su (Choi Min‑sik) who is imprisoned in a pseudo-prison for 15 long years. After he is released, he is consumed by the idea of revenge. The film takes us through his journey to find the answers as to why he was imprisoned. While on this journey, he meets Mido (Kang Hye-jung), a lady chef and they begin to form a bond. The end leaves us awestruck as we start understanding the truth behind every action and the reactions that followed.

The mastery in the story lies in one very subtle and delicate concept. In films of this type, in which a villain seeks to transfer his suffering onto his target, there’s a sense of the villain seeking empathy. But as usual, the hero cannot identify with the villain and judges the villain’s deeds as monstrous. But it is then that the story provides us with a check mate. The villain in ‘Oldboy’ wants the hero to see and to feel his pain. He wants the hero to commit the same crime that he has committed and to then judge himself and consequently the villain. For the sensitive and subtle villain, there’s no victory greater than getting the hero to see — and even to feel from — his perspective.

Director Park Chan-wook is very poetic throughout his film. The main character often refers to the world as the bigger prison. At the beginning we are presented with the quote, “Be it a grain of sand or a rock, in water they sink the same”, which reflects that Oh Dae-su does not know whether he did something small or big to Lee Woo-jin (Yoo Ji‑tae) in order to get imprisoned.

The imageries used in the film are also beyond excellence. Be it the scene where Oh tears the head off a live octopus as he wants to eat something ‘Alive’ or the Ménage à trois between Oh, Mido and Lee Woo-Jin, the imageries of the film have a huge role to play in the narrative as well. For example, in the end, the pieces come together like Lee Woo-jin’s dressing area, which is split into four sections that open and close on a motion detector. During his climactic speech, Lee Woo-jin is busy dressing, putting himself together for what is, essentially, the culmination of his life, the point where all his plans come together, where the perspective lines converge.

Also one of the most important aspects of the film is its recognition of the society and its mind-set. The film recognizes the sexism of the society being depicted. In a flashback, we see Lee Woo-jin’s sister reading Sylvia Plath, which seems like a rather obvious reference to the poet’s famous suicide. But Plath’s writing also addressed the plight and emotional life of women, of course, gendered.

Park uses color saturations, intentional grain, bright colors, and wild formal manipulation to match the feral nature of the story. Had the production any less oomph, the mise-en-scène would find itself desperate to catch up with the rapidly unraveling yarn. Finding equilibrium between method and story, Park instills purely emotional responses in his viewers.

And if the story, shots and the poetic references of the film were not enough, there is the hauntingly hip music. Even the song “The face I want to see” has been brilliantly hand-picked by the director. It includes these lines: “As I shed my sad tears, you’re the face that I miss.” Of course, the song is probably about a lover, but in Mido’s case, it could also be about a father figure. While she sings this, weeping from recently being held prisoner, we see Lee Woo-jin’s penthouse for the first time, as he and his closest staff listen to live audio from the car. They seem focused, though we can’t figure out why. Of course, it’s because this is the point of when the villain succeeds and the couple fall in love.

One of the main criticisms that the film faced was that it was too violent. But I beg to differ. Park Chan-wook shows the tail of Oh’s hammer clasping onto the hotel warden’s incisor like a nail; blood begins to ooze from the victim’s gums, and then Park cuts away to show a collection of removed teeth. If the director were interested in mere exploitation, his camera would have focused on the deed in all its horrible reality. But the gory details are unimportant, thus they are not shown. The action registers enough significance when communicated through smart, if unrevealing edits. Park challenges typical uses of explicit violence by using it symbolically in support of his unforgiving narratives. Often dismissed as gratuitous exploitation, critics of his approach cannot see passed the respective film’s aggressive surface to value how it heightens the wealth of the story. This is a mistake. His is a visceral brand of storytelling, told with rich visuals, impassioned functionality, and poetic purpose.

As violent as his picture seems to be, he does not intend to exhaust the body through appalled reactions to the film’s sadism. He exhausts us emotionally, exposing us to a painful dramatic beating. A film, which is much more than a film.