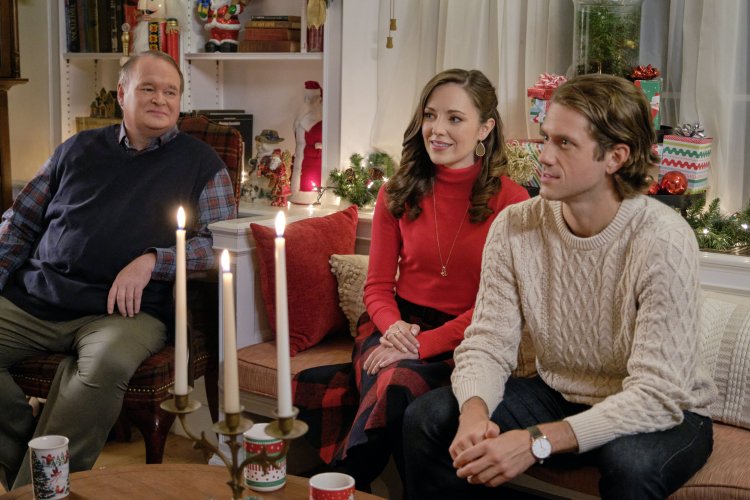 A part of Hallmark’s Countdown to Christmas 2020, ‘One Royal Holiday’ kicks off when a compassionate nurse Anna gives shelter to a mother and her son, stranded in a blizzard. Later, she discovers that the duo belongs to the Royal Family of Galwick. So Anna decides to show them how she and her people celebrate Christmas in their community.

The magical musical holiday movie was one of those films that were shot when the COVID-19 induced production shutdowns were lifted in Summer 2020. Almost the entire story is set in a rural background. So this raises two questions – where are these quaint sites located, and how did the crew overcome the pandemic safety measures? Well, we did some digging, and here is what we found out!

Produced by Synthetic Cinema International, ‘One Royal Holiday’ was filmed during June and July 2020. The dreamy tale of romance and the festive spirit is set in the fictional Connecticut town of Kentsbury. Anna’s father owns an inn in this very locale. Now, since Kentsbury does not exist, the shooting actually took place in Connecticut. In fact, in 2020, several movies were filmed in Connecticut, capturing the beauty of the state’s small towns.

The towns from Connecticut featured in ‘One Royal Holiday’ include Woodstock, Putnam, and Hartford. While Woodstock is the scenic, historical, and tranquil second largest town (area-wise) in the state, Putnam is seated on the banks of the Quinebaug River in New England. Hartford is ranked among America’s oldest and most historic cities, housing a mix of diverse neighborhoods, luxury apartments, condos, and small family homes.

The filming locations in these towns covered in the movie are the Inn at Woodstock Hill; the Mansion at Bald Hill, Woodstock; a privately-owned Christmas Castle, Woodstock; Woodstock Academy; Baker’s Dozen doughnut shop, Putnam; and the Connecticut Convention Center and Bond Ballroom in Hartford.

The above towns comprise the Quiet Corner of Connecticut and hence, had minimal COVID-19 cases during filming. To stick to safety protocols, several of the scenes were completed inside the inns – with a small crew. Of course, all the members had to go through regular temperature checks and nasal-swab tests. The set was visited daily by a COVID compliance officer to examine that things were under control.

All the Hartford scenes were filmed indoors and had only one cast and crew member on the premises at one time. And in the Christmas tree ceremony scenes, which demanded a get-together of at least 200 people, the crew used only 20 to 25 extras and digitally reproduced them.

‘One Royal Holiday’ stars Laura Osnes as Anna and Aaron Tveit as James. Osnes is a Broadway star who has appeared in Hallmark’s ‘In the Key of Love’ and ‘A Homecoming for the Holidays.’ Tveit is a theater, television, and film actor, best known for playing the lead character in ‘Moulin Rouge! The Musical’ – a stage adaptation of Baz Luhrmann’s critically acclaimed film.

In TV and movies, Tveit has appeared in ‘Les Miserables,’ ‘Graceland,’ ‘Braindead,’ among others. Rounding up the cast is Krystal Joy Brown as Sara, Victoria Clark as Gabriella, Tom McGowan as Ed, and Bradley Rose as Christopher.

Read More: Where Was Jumping the Broom Filmed?