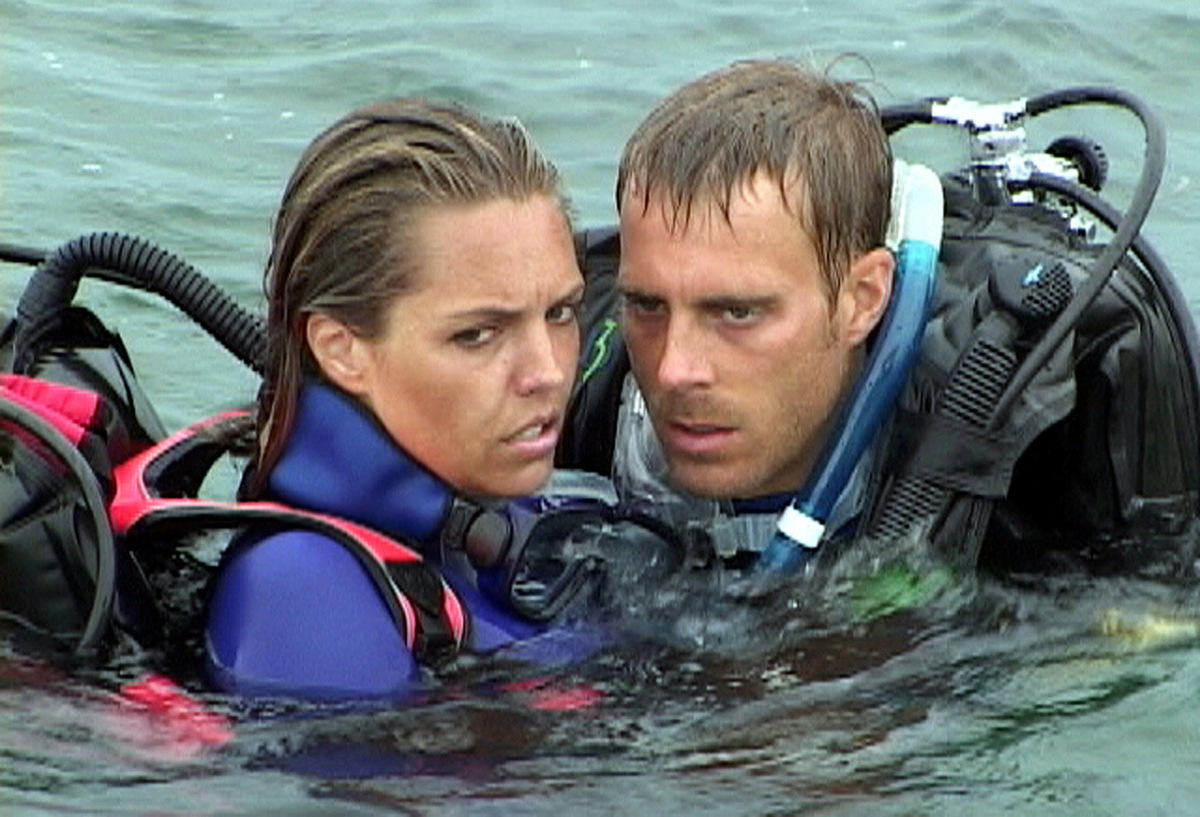 ‘Open Water’ is a survival drama that follows the story of a couple who are stranded at sea. As if the idea wasn’t scary enough, their situation is made even more difficult by the fact that they are not even on a boat. They are on the water, simply drifting away with the current and finding themselves surrounded by all kinds of danger that lives in the sea. Inspired by a true story, the film portrays a heartbreaking tale of two people who try to survive against all odds, and till the very end, we hope for them to make it out of this ordeal alive. The ending gives a gut-wrenching touch to their situation and makes you think twice before you make any plans of going scuba-diving, or for any other thing on the sea. SPOILERS AHEAD

The film opens with a couple on their way to vacation. Susan’s hectic schedule had made it impossible for her and Daniel to have a proper rest. But eventually, they settled on a short trip where they plan to enjoy scuba-diving. It is also shown that their marriage has gone cold, and this trip is a chance to revive that. They spend a day going around town, and on the next, they join a diving group that takes them in the middle of nowhere and a time limit of around half-an-hour is placed on it. A headcount is taken, and everyone goes underwater. Susan and Daniel decide to go a little astray from the group. Meanwhile, a couple returns to the boat in the middle and this leads to some confusion with the headcount. When everyone else gets back, the guide thinks that everyone is accounted for, and the boat leaves Susan and Daniel alone in open waters.

The Ending: What happens to Susan and Daniel? 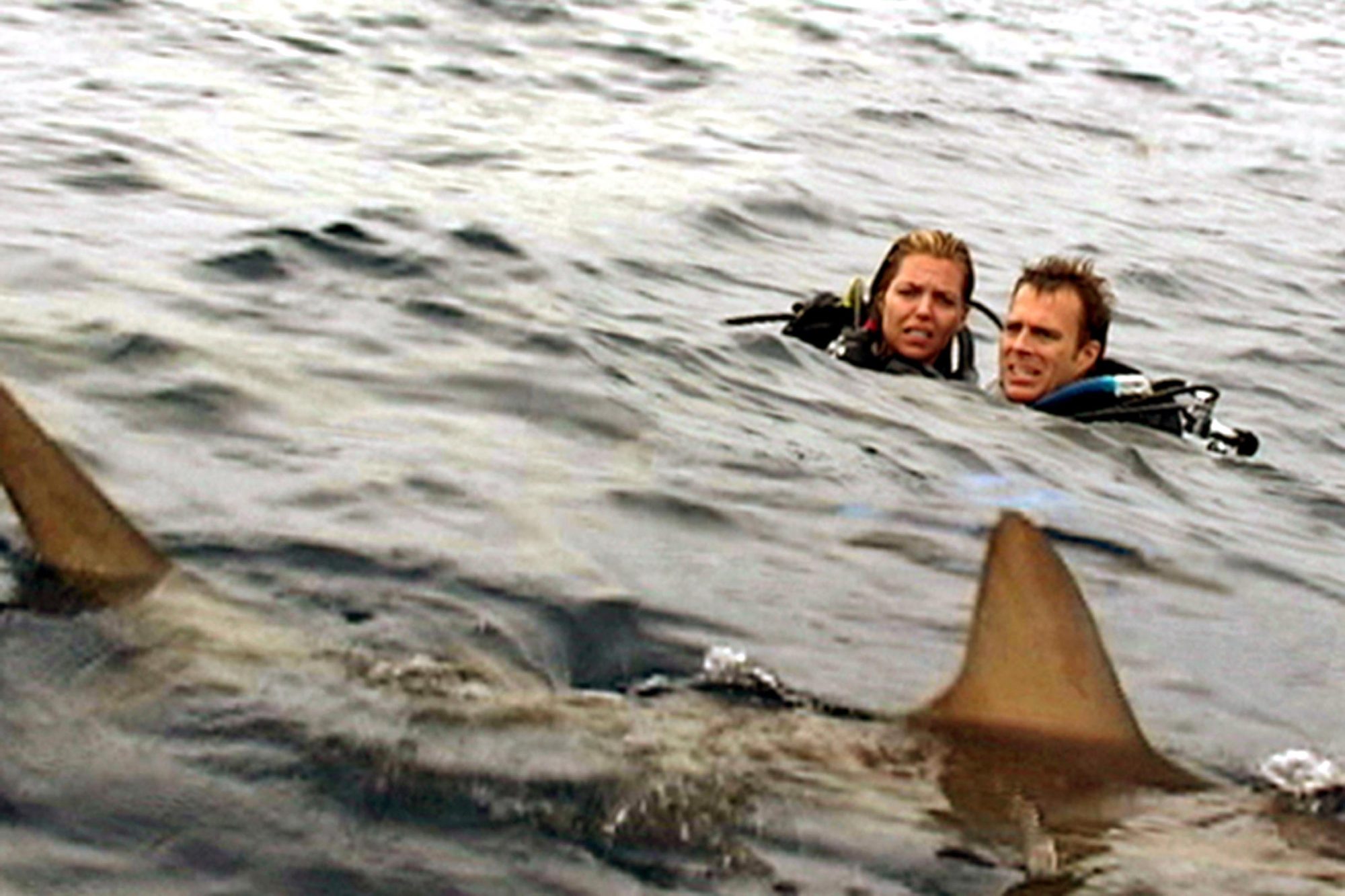 Getting stranded at sea with nothing to ensure their survival finally kills both Susan and Daniel. At first, they had believed that someone in the crew would notice that they were missing, and soon enough, the boat would come back to look for them. But as time passes by, it becomes clear that no help is arriving for them. In the beginning, they had an option of finding an escape when a couple of boats had come into view at a distance, but at that time, Daniel was hopeful about the return of their own boat and in swimming towards some other vessel, he didn’t want to move further away from his. He believes that staying in or around the same place would make it easier for their boat to find them. Soon enough, the factor of water current plays in and the couple realizes that they have been drifting.

With every minute they drift in whatever direction the current is taking them, and after a few hours, they don’t even know where they are, which direction to swim towards, and how to stay alive until someone finally realizes that they are missing. However, danger lurks around them as they become easy prey for sharks. Daniel has a knife handy, just in case the creature attacks them. Fortunately, it doesn’t happen, or at least, not right away. The couple falls asleep and not only do they drift away from each other but also, Daniel’s knife grazes Susan’s leg and creates an open wound. They try to keep calm as the sharks hover around them, and slowly drift away in a different direction.

The night comes and so does the storm. Whatever comfort the light of the day had brought them is also snatched away and now they become fair game for any predator swimming below them. The sharks return, and Daniel’s leg is bitten by one. The wound isn’t small like Susan’s and Daniel undergoes heavy bleeding. By the time the sun rises on the next day, Daniel dies. Susan holds on to his body for a while, drifting away with it. But eventually, she has to let go of him. As soon as she does that, the sharks that had stayed at a small distance from them come back and Daniel’s body becomes their food. It also becomes clear to Susan that they will not stop at eating her husband.

Meanwhile, the diving instructor returns to the boat and discovers Susan and Daniel’s stuff. He finds their ID cards and feels that something’s amiss. He contacts the hotel they had been staying at and when their room is found empty, the guide realizes that they never got on the boat. The authorities are alerted and a search operation commences for the couple. From boats to helicopters, everything is sent out to look for them, but by now, so much time has passed, that Susan and Daniel have possibly drifted miles away from their original location. But there is still hope for Susan. Till the very end, we hope that the search party will find her and she will be rescued. But the story doesn’t end on a happy note.

After having their fill with Daniel, the sharks start circling Susan. She would try to swim away, but it would only incite the animals to attack her more. In the end, she accepts that no help will come to her in time and she will die soon enough. Instead of getting eaten alive by sharks, she prefers it to happen after she is dead. She lets go of the remaining gear and then dives down in the water, drowning herself. The film doesn’t stay around to show to the audience that the sharks will get to her too and that the couple’s bodies will never be found. The only thing that makes its way back to the shore is the camera that Daniel and Susan had used to click underwater pictures. One of the sharks eats it, and when it is hunted by some fishermen and taken ashore, they cut open its belly to discover the camera inside it.