Ben Affleck as the “Next Batman” ? Opinion. 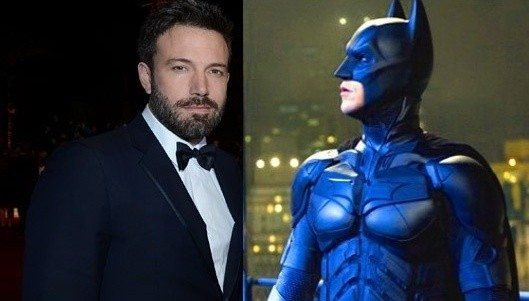 We all know that Ben Affleck is set to be playing Batman in Man of Steel sequel Batman vs Superman. The same Ben Affleck who only about a year and half back won Oscar for Best Picture for his directed film Argo. And the same Ben Affleck who was exceptionally good in the recently released Gone Girl. Obviously, Batman is not everyone’s cup of tea. But because Affleck is in such a good place as a director and an actor, I trust him. Everyone has started loving him in Hollywood (though the same can’t be said about general audience), and slowly but surely he also has won hearts of his critics.

His second innings started when he turned director with Gone Baby Gone where he showed his directing chops, which he was, and still is, great at. That also resurrected his movie-career, and soon he became one of the names to reckon with, so much so, that when he was snubbed by the Academy [remember he didn’t get nominated for Best Director for Argo] a wave of sympathy allowed him to take Best Picture prize. Though after proving his acting mettle with Gone Girl, certainly many will give him more leeway when he appears next year in the Batman costumes.

Question many of you might be asking is whether he will be a great Batman with expectations set so high ?  Answer is simple. The comic book fans hardly care who’s under those costumes, and the high-brow critics anyway don’t care much about comic-book adapted movies (except Nolan’s films, of course). So, ultimately Affleck should come out unscathed, even if the film is not great. He’s in a kind of nothing to lose situation, since his career is now driven and will be judged more by his directorial choices than anything else.