48 Hours: Where is Orlando Tercero Today? 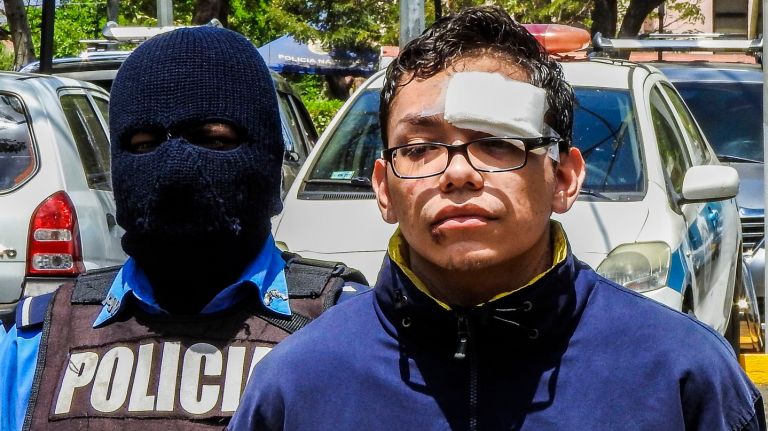 Crimes of passion continue to be on the rise. Although we think it can’t shock us anymore, that is not always the case. No offense can ever be the same, and perhaps this is why every time it happens, it still baffles us. In that light, one such murder case that shook all of us was that of Haley Anderson’s murder. A 22-year-old nursing student who was found dead in her friend’s apartment.

Most crimes do not happen out of the blue, and such is the case with this one as well. The murder case received quite the attention as its investigation and trials were going on. As Haley’s family and friends lost her, we are forced to re-evaluate who we consider real close.

Who is Orlando Tercero?

Orlando Tercero, at the time, was a nursing student at Binghamton University. Haley Anderson was his classmate with whom he had a romantic relationship. Anderson, while attending college, also worked in a coffee shop on the campus. All set to graduate in 2018, she already a job awaiting her post-graduation in a hospital. Orlando Tercero, who studied with Anderson, is a dual citizen of the US and Nicaragua.

The two were known to be in a relationship that wasn’t strong. Anderson dated Tercero for more than a year and called it quits. She did not want to be romantically involved with him anymore and wanted to remain friends. However, Tercero didn’t take it well. He even lost it at a party when he came to know that Anderson was dating one of their friends. This caused him to throw quite the ruckus, after which he made peace with her. It may not have been all well, as later, Anderson found the tires of her car slashed. She went ahead to lodge a complaint in which she stated suspected involvement of Tercero. The two reconciled and is reported to have had an on and off relationship till Anderson was murdered.

In March 2018, Anderson was found strangled to death in Tercero’s apartment. She is believed to have gone there after a night of drinking with her friends. The next day, when her friends, especially, Josie Artin, didn’t hear from her, they grew suspicious. They used the ‘Find My Friends’ app to track down her location and found out that Anderson was at Tercero’s apartment. As they reached there, no one was there. So, they climbed in through the window to find her body.

Tercero, after killing Anderson, escaped on the next flight to Nicaragua. He sent a frantic text to his sister that almost sounded like he was on the verge of killing himself. After his sister made a call to the police and subsequent searches led to the truth of what happened, he was finally caught in Nicaragua. He was in a psychiatric hospital in Nicaragua for attempting to commit suicide. Soon after, he was sent to trial, which meant that he could be sentenced to life in prison. However, this sentence was shortened to 30 years in prison. Though he was charged and sent to prison in Nicaragua, he still has pending charges against him in the US.

Where Is Orlando Tercero Now: Is He Still in Jail?

The crime was deemed to be a result of intense jealousy, and Tercero was held accountable for femicide. Femicide is a sex-based crime based on hate. After being sentenced to 30 years in prison post-conviction, in March 2020, Tercero applied for a shorter sentence, which was denied.

Haley Anderson’s family initially preferred that he be brought to the US, but is happy with the sentence imposed on him. It has been reported that Haley’s parents also spoke to Tercero via live stream. Karen Anderson, Haley’s mother, said: “I have not seen any remorse from Orlando, I’ve only seen regret that he’s not going to be able to lessen his sentence.”

After the rejection of his plea, Tercero continues to serve his sentence in a Nicaraguan prison. (Feature Image Credit: AFP/Getty Images)