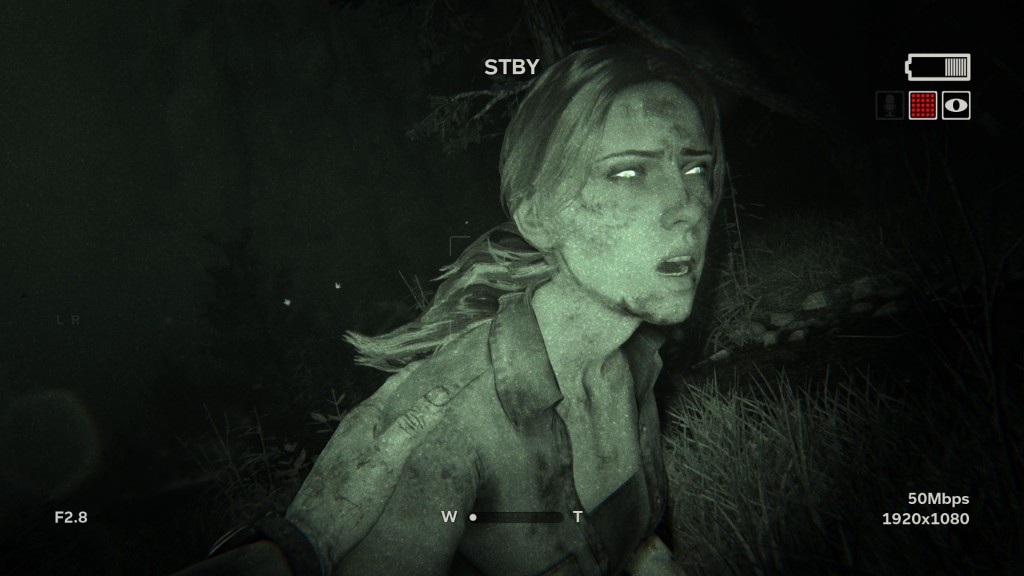 Over the years we’ve all witnessed some incredible storytelling not just through movies, but through video games. Yes, you read that right. Personally, I am a firm advocate of “Movies Based on Games” and ‘Outlast 2’ is one such game. ‘Outlast 2’ is a survival-horror game wherein the player has only three options: to run, hide or die. Seems straightforward, doesn’t it? Well it isn’t. There’s a lot more to ‘Outlast 2’ than what meets the eye. For starters, it has a rather intricate yet splendid plot, narrated through documents and video recordings spread throughout the game. Even if you do collect all the documents and recordings, putting them together is a baffling puzzle. And then comes the ending of the game which just leaves you bewildered beyond repair. After multiple play-throughs, I have managed to come up with a reasonable explanation to the ending of the game and the events surrounding it. 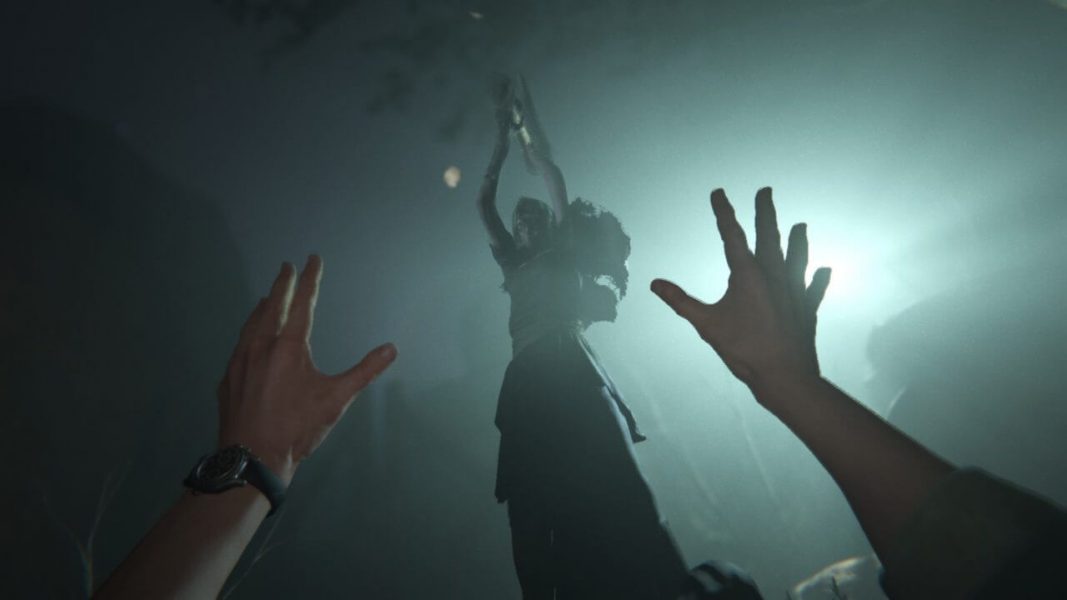 Let’s start with describing the ending scenes as they happened in the game. So after numerous near death experiences and excruciating chases you (Blake Langermann) manage to escape the mines with your wife, Lynn. Now Lynn is supposedly pregnant with the antichrist and is suffering from severe labour pains. You somehow take her to the chapel as the storm rages on outside. Inside the chapel, Lynn gives birth and eventually succumbs to her injuries. Before she dies, she says “There’s nothing there”. You’re helpless at this point of time and you end up passing out courtesy of the traumatic experience you just had. When you wake up, you find Knoth sitting in front of you. He curses the baby you’re holding and tells you to get rid of it since he can’t kill it. Knoth slits his own throat and you walk out of the chapel with the baby in your arms. The whole town is in shambles as Knoth has killed them all. There is another bright flash of light after which you end up back in the school. In the school you meet Jessica who has rope marks around her neck. She takes you to the room where the two of you used to hangout. There she takes your hand and says a short prayer and the credits roll. 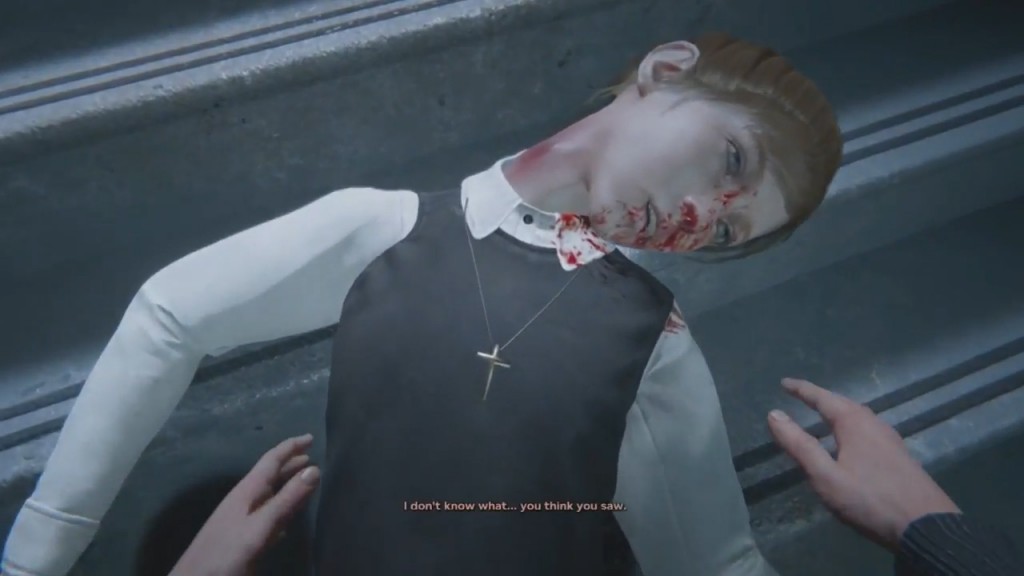 So that’s the ending. Now let’s go deep down the rabbit hole and find out what actually the ending of ‘Outlast 2’ was all about.

Let’s begin with all the visions Blake has throughout the course of the game and the reason behind them. The reason behind these hallucinations is what connects ‘Outlast 2’ to its predecessor. Specifically, in your gameplay you will find a document titled “Old Traveller” which explains why the entire village and Blake are slowly losing their minds. 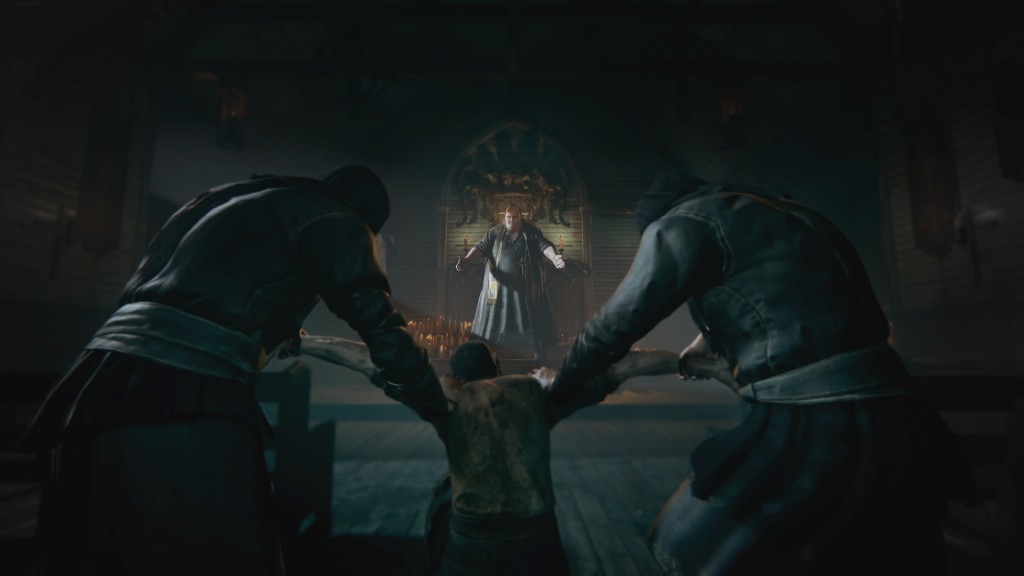 The document describes how the radio towers were transmitting mind controlling microwaves throughout the village. It also tells us that The Murkoff Corporation is the one who is controlling everything. The same Murkoff Corporation which was responsible for all the gruesome experiments in Mount Massive Asylum in ‘Outlast 1’. So basically Murkoff was using the village as a testing site for its Morphogenic Engine; a device which causes phantasms often resulting in self-mutation, paranoid delusions and violent behaviour. And the bright flashes of light were triggers which sent everyone exposed to the waves into a hypnotic frenzy. Thus it’s safe to say that the whole village was in one big mass hallucination. 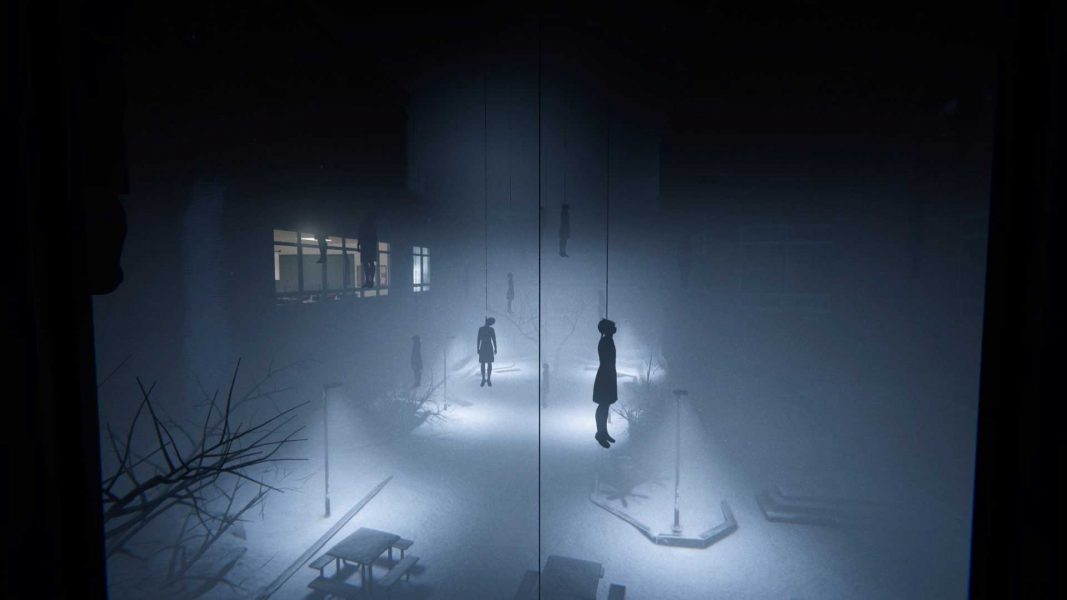 As Blake’s exposure to the microwaves increased, his control over his mind decreased. He is riddled with guilt as he blames himself for the death of his friend, Jessica. The ghost you encounter in Blake’s visions is actually the paedophile Father Loutermilch who assaulted Jessica. Now the only thing that Blake can think about is to save Jessica. His visions get so strong and traumatic that by the end he is devastated. So much so that by the time you reach the ending Blake is unable to distinguish between what is real and what is a mere hallucination. His visions have now become his reality.

The Pregnancy & The Baby

Now let’s move to the question which has led to numerous debates and theories all across the world. The question which all of us who have played the game desperately want answered. The question being that is the baby real? Also if the story takes place in one night then how did Lynn become nine months pregnant in a span of just 6-7 hours? If the baby isn’t real, then what killed Lynn and what did Knoth see? Continue reading and you’ll find the answer to all these questions and a lot more.

To begin with, Lynn’s pregnancy was fake. Yes, it was just a manifestation of their minds which had gone haywire because of the microwaves. The fact that her pregnancy was psychosomatic can be proved by means of a document in ‘Outlast: Whistleblower’ titled “Miscarried Profits”. This documents talks about why women weren’t able to work in Mount Massive Asylum. This was due to the fact that they suffered from “pseudo-pregnancies” where they appeared to be pregnant and gave birth but there was no foetus/child. It also mentions that these false pregnancies are fatal. Thus it is safe to conclude that Lynn’s pregnancy was psychosomatic and ultimately led to her death. 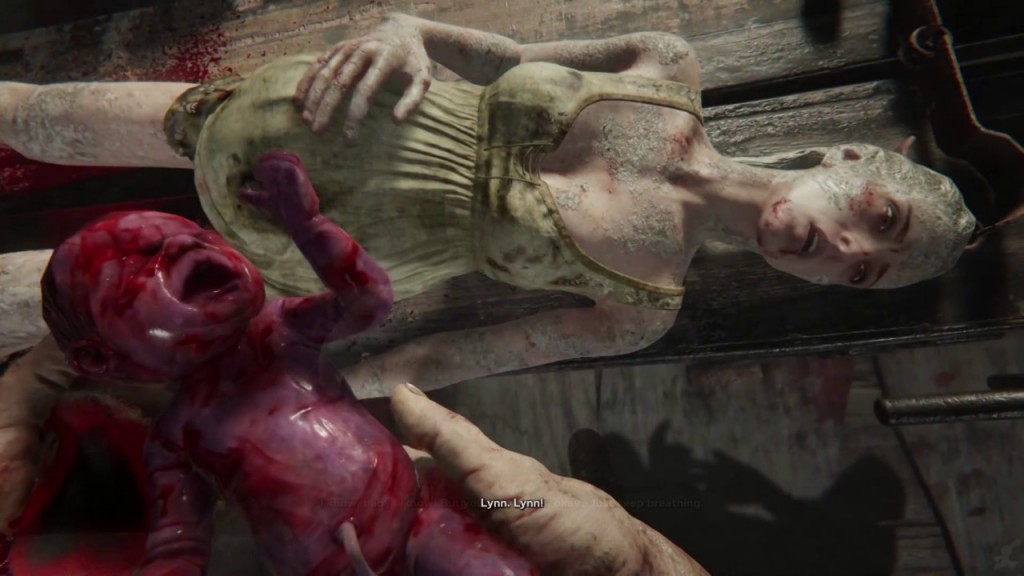 Now you must be thinking that if the pregnancy was fake, what did Blake and Knoth see? Was the baby fake too? The answer is yes. Both Blake and Knoth were hallucinating the baby. Prolonged exposure to the microwaves had driven them nuts and as mentioned earlier they weren’t able to differentiate between visions and reality. Also, I believe that Lynn’s last words: “There’s nothing there” were a reference to the fact that there was no baby, that Blake was holding nothing in his arms. Another intricate detail that points to the fact that the baby was fake is that there was no shadow of the baby in any of the scenes. Although this could be a developer error but all the other shadows in the game were absolutely sharp and designed to perfection. So I don’t think they missed it by mistake, they left it out because the baby didn’t exist for real. Also Knoth says that he can’t kill the baby, but why? Because it’s just a delusion. Nothing else.

The Final Flash of Light 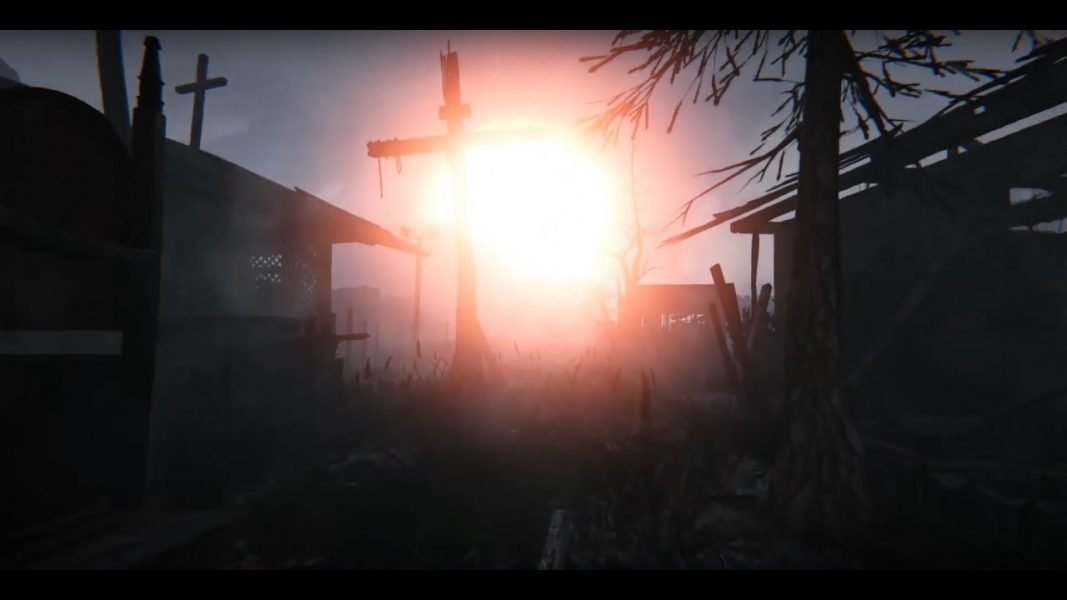 Even though I have managed to decode the ending and back my theories up with palpable evidence, there still exists many questions related to the plot which are unanswered and perhaps would remain that way. Perhaps the developers have left it that way and the picture would become clearer in the successors of ‘Outlast 2’. That being said, I bet we all would agree that ‘Outlast 2’ would be seamless for a mystifying horror movie, that too with an open ending.