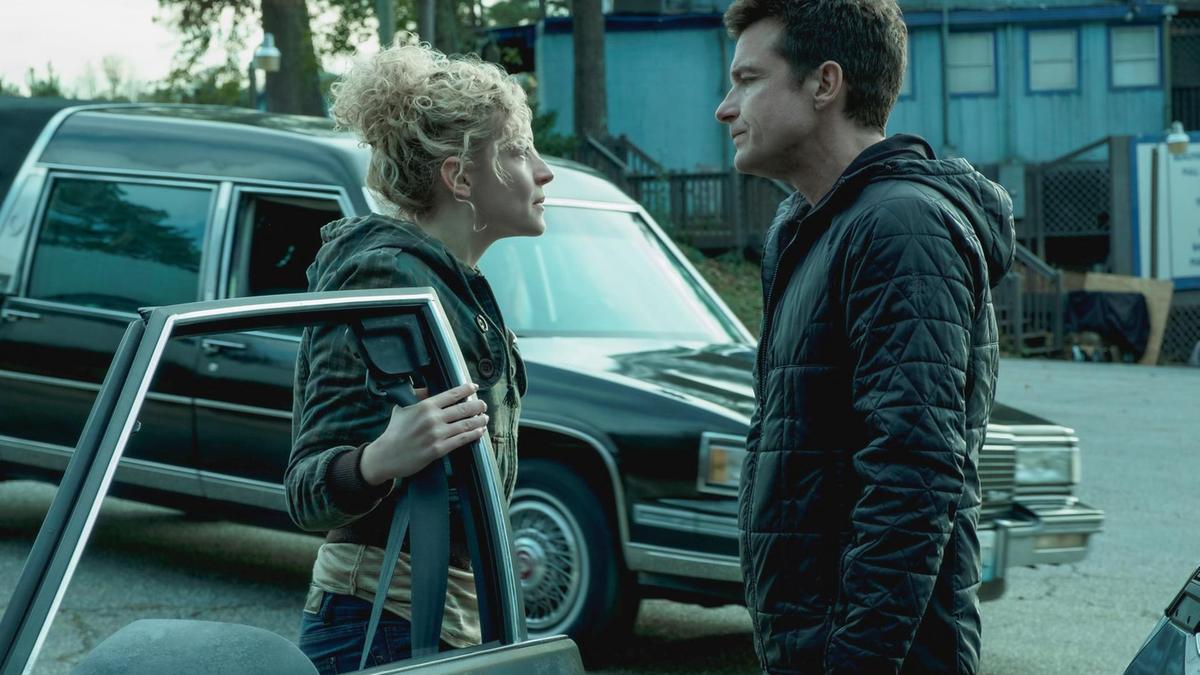 The elaborate system that Marty has created for the casino brings together a number of parties. The system is delicate, it requires a lot of caution and vigilance to sustain. One minor slip and it can all come crashing down taking down anyone and everyone who has been associated with it. This time, the slip happens at the end of Navarro.

In the last episode, he had used the opportunity to secure a horse farm, which was something that should have been a part of his legal operations. But, it looked like he got it not because it was his passion project, but he found a way to inflict damage on his opponent without even killing any of his men. He targeted the winning horse, and at that time, he would have felt good.

What he actually did was open up the boundaries of the war. He allowed another battlefield for the drug war, the kind that should he lose, would unravel everything. He will definitely lose the war. What’s worse is that his foot soldiers aren’t doing very well either. The body count will stack up even more by the time this comes to an end.

After Frank Cosgrove’s men are gunned down, the FBI calls in all the people close to the case into the matter. Because Tommy had been working as a CI, Agent Evans already knew enough about Marty’s operation. Ruth is brought in for questioning where they try to get her to speak against the Byrdes by bringing in the matter of her father’s death. A similar conversation with Frank Cosgrove junior makes matters worse for Marty.

It comes to light that Tommy was a CI and the FBI wants to pin Marty for not just money laundering but also for possibly killing him with the help of the cartel. All of this, however, is just an exercise to divide the team. They know that the attack was orchestrated by the enemies of Navarro. Because he attacked them on this side of the border, the rival gang too took the fight out of Mexico.

As it inches closer to the finale, ‘Ozark’ is using every minute of its runtime to infuse more tension in the story. The problems keep escalating and the challenges for Marty and Wendy, including the ones between them, get more and more out of the box. They have to launder the money, which if they do can be caught by the FBI and if they don’t they’ll have to pay for it with their lives.

They have to keep the casino running, but while the FBI is a task in itself, they also have to keep an eye on the proxies they are sending in as well as the added problems that come with the association with Kansas City Mob. All the while, they also have to address the problems between them, while also keeping their therapist’s mouth shut, who now knows everything that is wrong with their relationship.

At the beginning of this season, when the fallout happened between Ruth and Frank Cosgrove Jr., Marty had ensured that Ruth was one of the untouchables. After this debacle, all bets are off. This puts Marty in a very precarious position. What happened with Ruth is unforgivable, but while in other scenarios, blood-for-blood worked, it is not so viable this time around. Does this mean that Ruth finally has something that makes her question her devotion to the Byrde family?

By far, she has killed her uncles to save Marty, she has gone through a lot of trouble, putting her life at risk for their cause, and even, the death of her father also seemed justified. All of that was because she thought she was just as untouchable as Jonah or Charlotte. She thought she was a part of the family. Was that a mistake? And if so, what outcome will this discontent lead to?

With three more episodes left, the show is churning up as much excitement as possible for a finale that is expected to end things with an explosion. It has given ground for all the characters to shift their allegiances and as we move forward, the situation will become even more volatile.