Is Paige DeSorbo from Summer House Dating Anyone? Does She Have a Boyfriend? 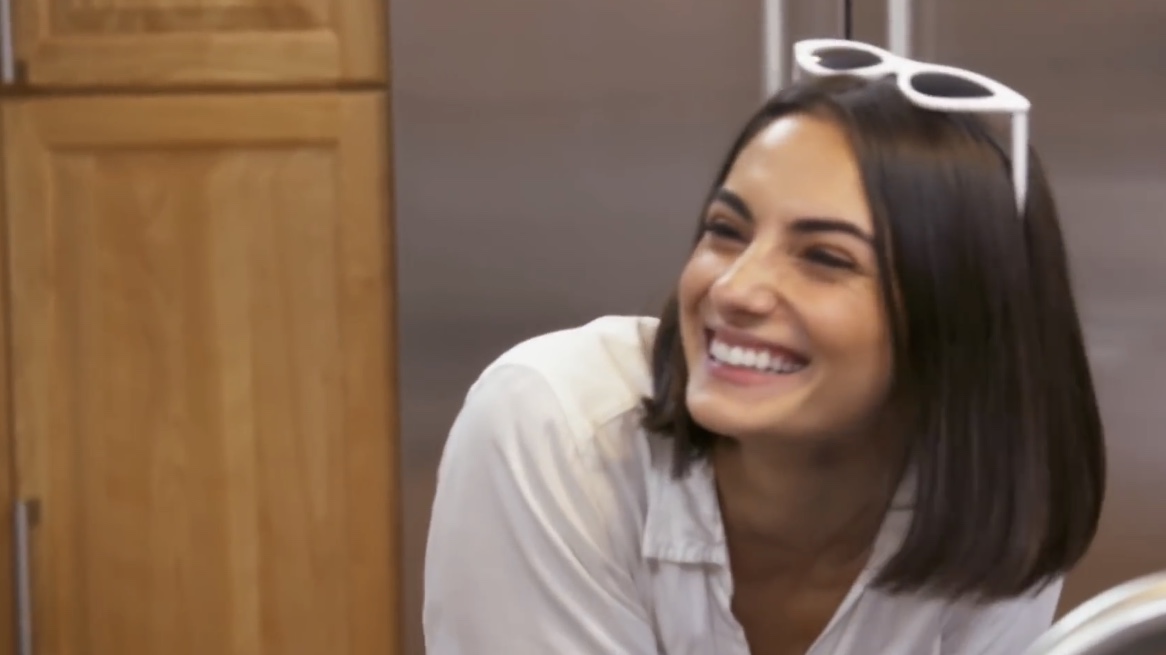 Bravo’s ‘Summer House’ has a golden cast filled with talent and potential. One of these cast members happens to be Paige DeSorbo, who has left a mark as one of the most authentic fashionistas in the show. She is not particularly invested in designer brands and is known for tweaking up her style with mass consumer brands like Zara and Forever 21.

Her radiant personality also stands out as much as her style. She is funny, self-assured, and incredibly charming. Born and raised in New York, she took to freelancing as a television host, which has been an effective medium to voice out her opinions and thoughts. As far as her personal life is concerned, here’s what we know.

Paige DeSorbo was in a year-long relationship until Fall 2020. She publicized her relationship with Perry Rahbar through a social media post in August 2019 wherein she has her arms wrapped around her boyfriend, nestled together at Sunset Beach, Shelter Island. Their relationship was mostly kept out of the radar of the public. Yet she openly discussed her personal life in ‘Summer House’ season 4 and said she had a hard time spending the previous summer apart from Perry. 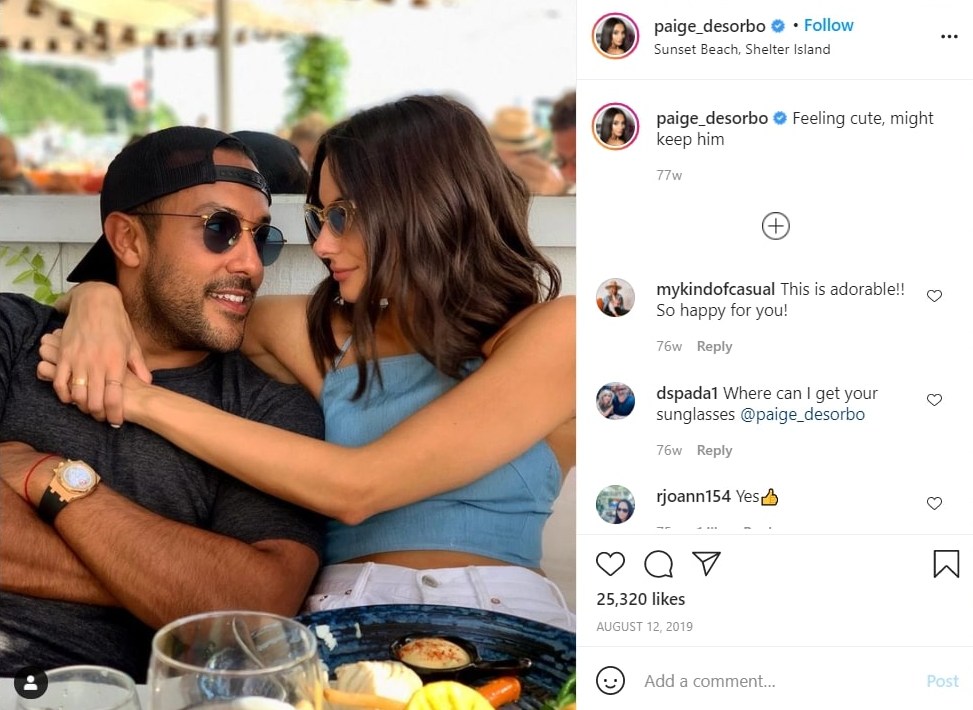 Paige met Perry in 2018. They initially started off as friends until a day arrived when he admitted his feelings for her. That’s when they began to date. She despised being apart from Perry, referring to her summer spent at the Hamptons. Yet, she eventually said she wouldn’t miss spending the whole summer with her friends. Their relationship went strong for the most part, and Paige even flaunted a Cartier ring that he gifted her as a symbol of their love. Talking about her breakup with Perry, Paige told People, “I didn’t feel ready to take on certain things that I know that he is so ready for. 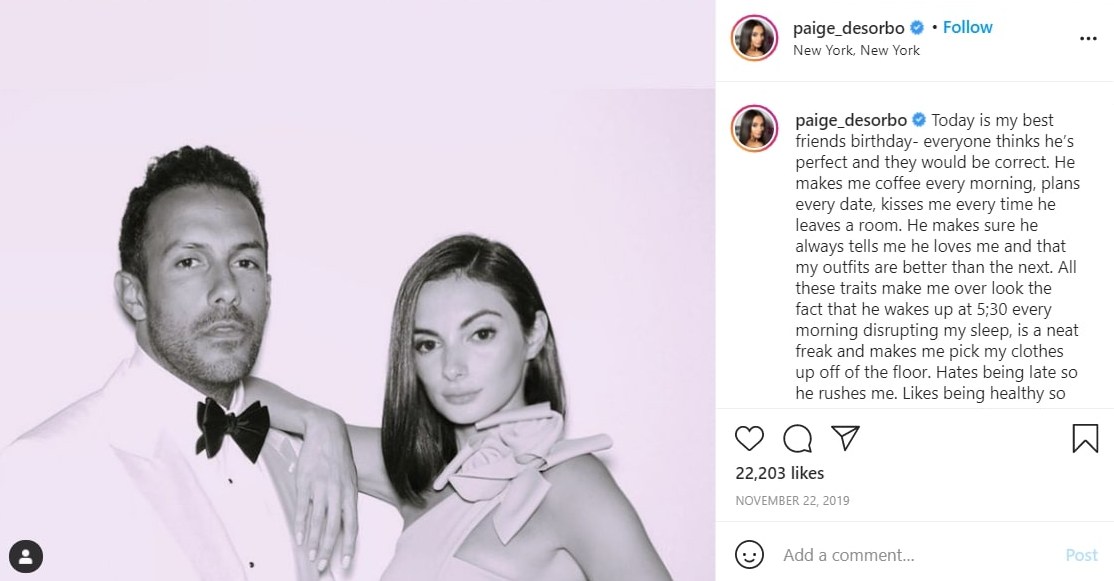 She added, “He’s 10 years older than me, so much smarter, so much more accomplished, just more mature. And I never wanted to let him down. So I just felt like maybe this isn’t our right time.” The pandemic additionally forced them to tackle their issues head-on. They took time to think about their future and finally decided to end things for good. Paige admitted that she wasn’t ready to settle down while Perry was. Fortunately, they parted amicably and are still on good terms. Perry subsequently moved to Miami while Paige stayed back in New York.

In season 3 of ‘Summer House,’ Paige was rumored to have been involved with co-star Carl Radke. They were clearly attracted to each other, and at one point, they met in the kitchen pantry, an area free from camera surveillance. Nobody exactly knows what happened, but there have been speculations about the extent of their emotional and physical intimacy.

However, by the end of the season, Paige and Carl’s relationship hadn’t evolved into anything substantial, and their chemistry died a natural fizzle. Following her split from Perry, fans immediately went back to her history with Radke, hoping that they might rekindle their bond. But she reportedly dismissed all rumors surrounding the duo. 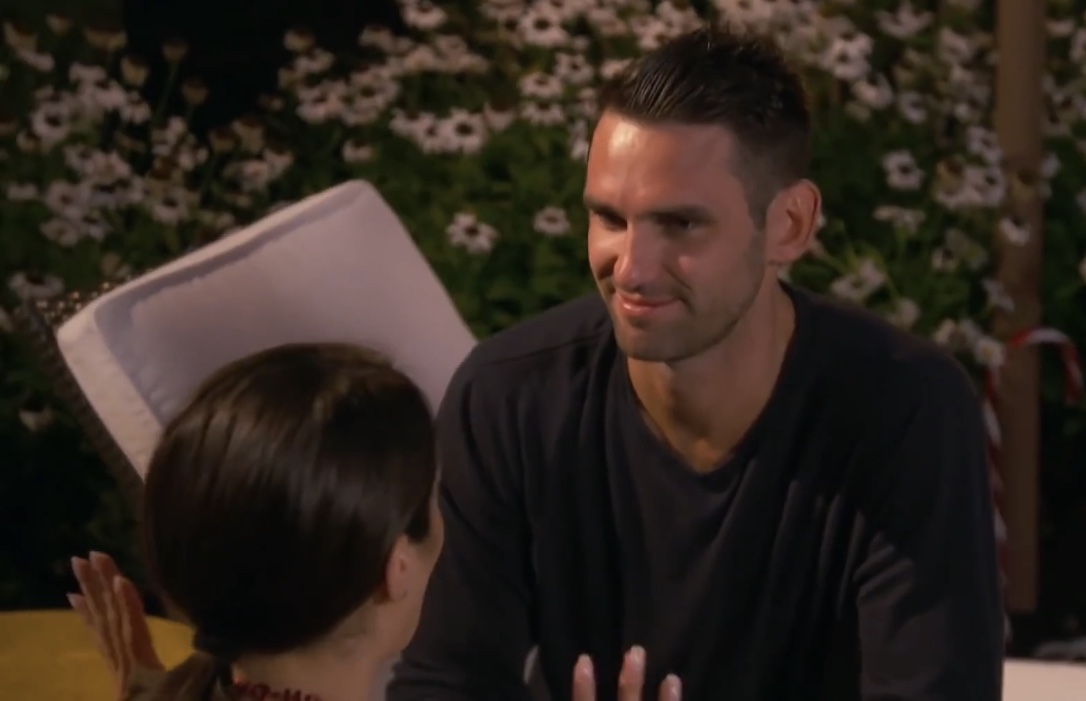 Paige has apparently been single since her breakup with Rahbar. Before meeting Perry, she’d briefly joined a dating site called Raya back in 2018, where she’d matched with comedian Jeff Dye but she apparently never acknowledged his text. The most significant occurrence in her dating timeline happens to be her one-year-long relationship with Perry Rahbar that ended just before ‘Summer House’ season 5 started filming.

Read More: Is Lindsay Hubbard Dating Anyone? Who is Her Boyfriend?