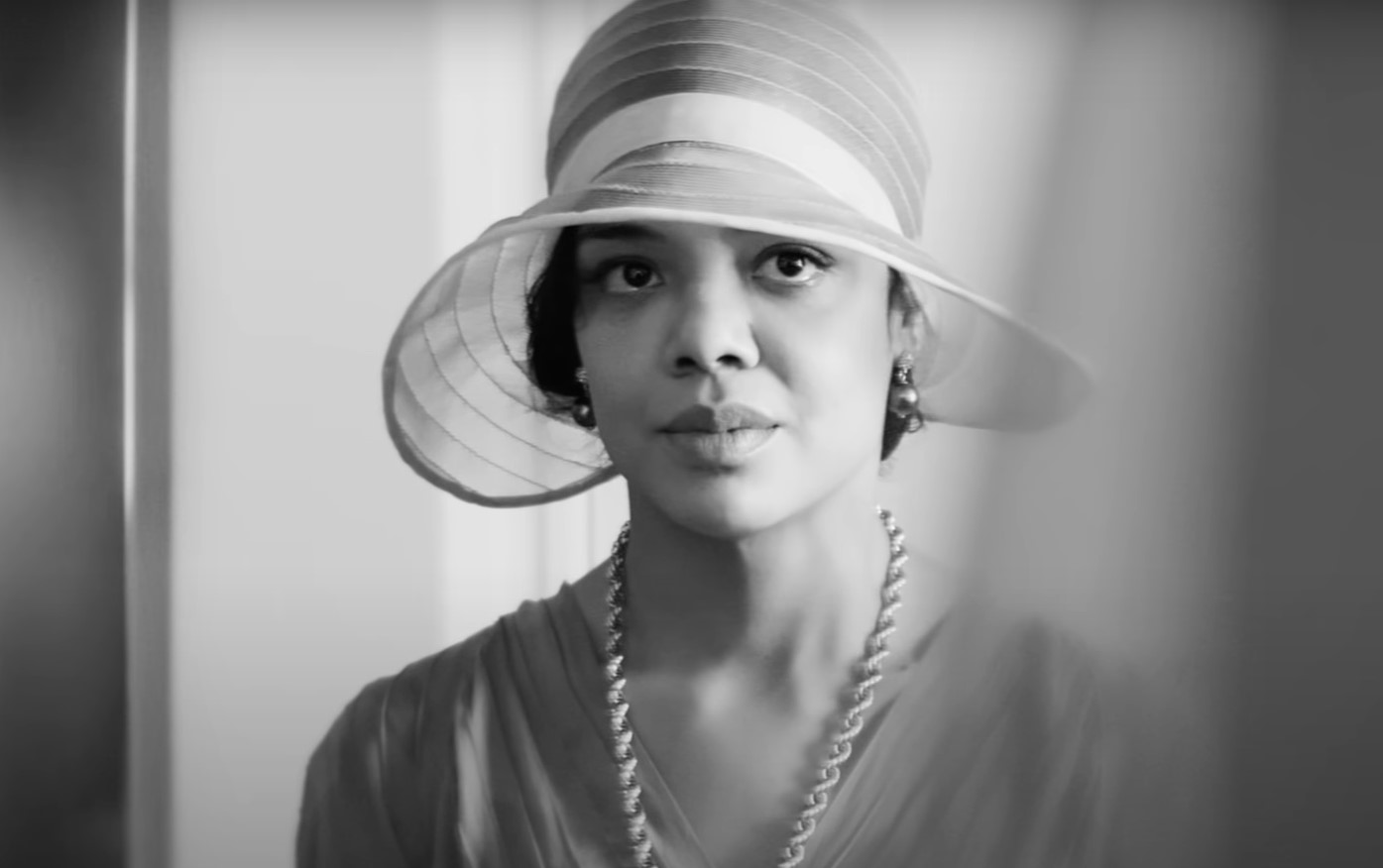 ‘Passing’ is a black-and-white drama film that explores the ambiguities and challenges of racial identity through the stories of two fair-skinned Black women, Irene “Rene” Redfield and Clare Bellew. Based on Nella Larsen’s 1929 novel of the same name and directed by Rebecca Hall, the film sees Tessa Thompson, Ruth Negga, André Holland, Alexander Skarsgård, and Bill Camp in pivotal roles.

Set in 1920s New York City, the Netflix period drama poignantly portrays the internal dilemmas that Irene and Clare face as they rekindle their friendship. Clare passes as a white woman and embraces her freedom but also envies Irene’s strong sense of Black identity and access to the Black community. On the other hand, Irene longs for Clare’s free-spirited nature and rejection of societal norms. The shocking and heartbreaking ending of ‘Passing’ certainly requires a closer, contemplative look. Let’s dive right in. SPOILERS AHEAD.

The film opens with Irene visiting a toy shop and looking for a birthday gift for her son. Afterward, at The Drayton Hotel, she runs into her childhood friend, Clare. Blonde-haired Clare is passing as a white woman. Irene asks Clare if her husband is aware of her true identity, and Clare informs her that he isn’t. Clare then invites Irene to her suite. 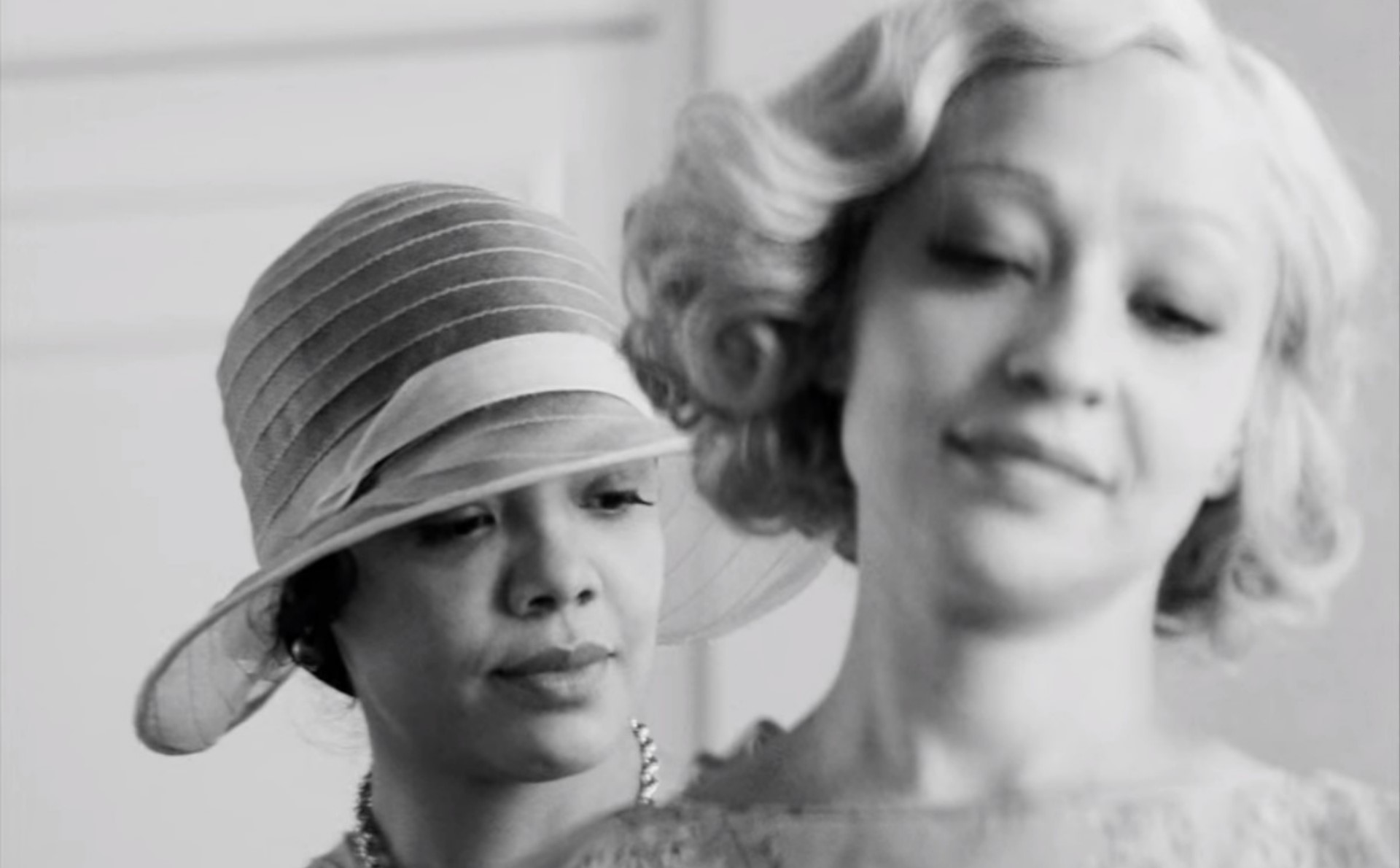 The two chat and Clare explains the stories she’s told to pass as white. Soon, Clare’s husband, John Bellew, arrives. Believing Irene to be white, John openly expresses his racist thoughts whilst Clare entertains him. John then teases Clare for “getting darker and darker” and cites the same as the reason for his nickname for her — “Nig.” A visibly uncomfortable Irene soon makes her exit.

Once Irene gets back home, it becomes apparent that she is happy with her husband, Brian, and sons, Ted and Junior. The next day, Irene gets a letter from Clare and ignores it. However, Brian convinces her to open the letter and reads it out loud himself. Clare’s words make it obvious that she wishes to stay in touch with Irene and longs for the Black culture she abandoned.

The next day, Clare shows up at Irene’s house. Irene asks her not to risk her identity and voices her anger at being forced to pass as white in front of John. Clare starts crying and Irene realizes her predicament. The two make up, and Clare expresses her desire to visit the Negro Welfare League dance organized by Irene. 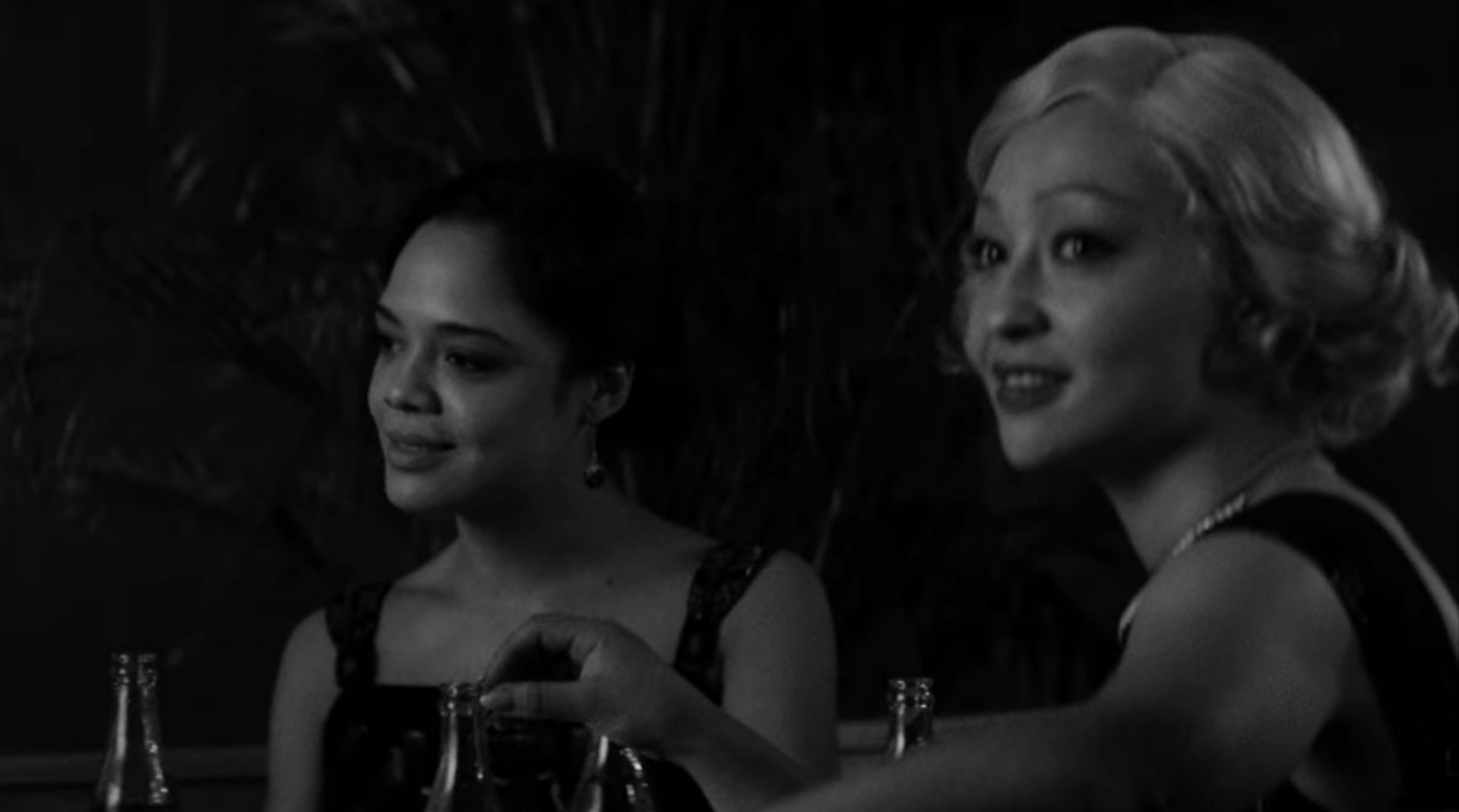 At the dance, Clare enjoys herself. Irene reveals Clare’s secret to her close friend and writer, Hugh Wentworth. The two talk about the simultaneous rejection and exoticizing of Black individuals. Eventually, Clare becomes a regular visitor of the Redfield household. She bonds with Zu, the maid, as well as Ted and Junior. However, Irene begins to resent Clare’s carefree attitude even as she enjoys her company. On the other hand, Clare is impressed by Irene’s strong moral code and sense of motherly and spousal duty.

Slowly, Irene and Brian’s relationship deteriorates. The two frequently argue about whether or not to expose their sons to information about racial violence. One night, at dinner, when Hugh states that Clare likes to play the victim, Brian aggressively defends her. Later, Brian talks to his sons about the lynching of John Carter, despite Irene’s protests. A few days later, Brian invites Clare to a tea party for Hugh, unaware that Irene had deliberately avoided calling her. Irene watches Brian and Clare talk and has an emotional reaction.

Passing Ending: How Does Clare Die?

One day, whilst out shopping with her visibly Black friend named Felise, Irene runs into John. She later tries to call Clare to warn her but ditches the idea. Afterward, Brian, Irene, and Clare go to a friend’s party. However, John shows up, now aware of Clare’s true race. As he lunges towards Clare in anger, Irene reaches out to protect her. In a moment of chaos, Clare falls from the balcony. The police arrive, gather statements, and rule her death as an accident. Brian comforts a traumatized Irene whilst John sits motionless by Clare’s body.

Thus, Clare tragically falls to her death. The reasons for her fall are deliberately made unclear. We do see Irene trying to push Clare out of John’s way. However, just moments before, a troubled Irene had asked Clare what she would do if John found out the truth. When Clare said that she’d move into Harlem with Irene, the latter looked visibly disturbed. So, did Irene deliberately push Clare? It is possible that she did so to remove Clare as a threat.

Did Clare let herself fall to avoid her horrible fate? Clare might have wanted to escape John’s wrath and her future after being outed as a Black woman. Did John accidentally shove her? Perhaps in his anger, he pushed her backward. Irene herself is unsure about what happened but is clearly harboring guilt. We believe that Irene accidentally pushed Clare whilst trying to protect her from John.

Why and How Does Clare Pass As White? 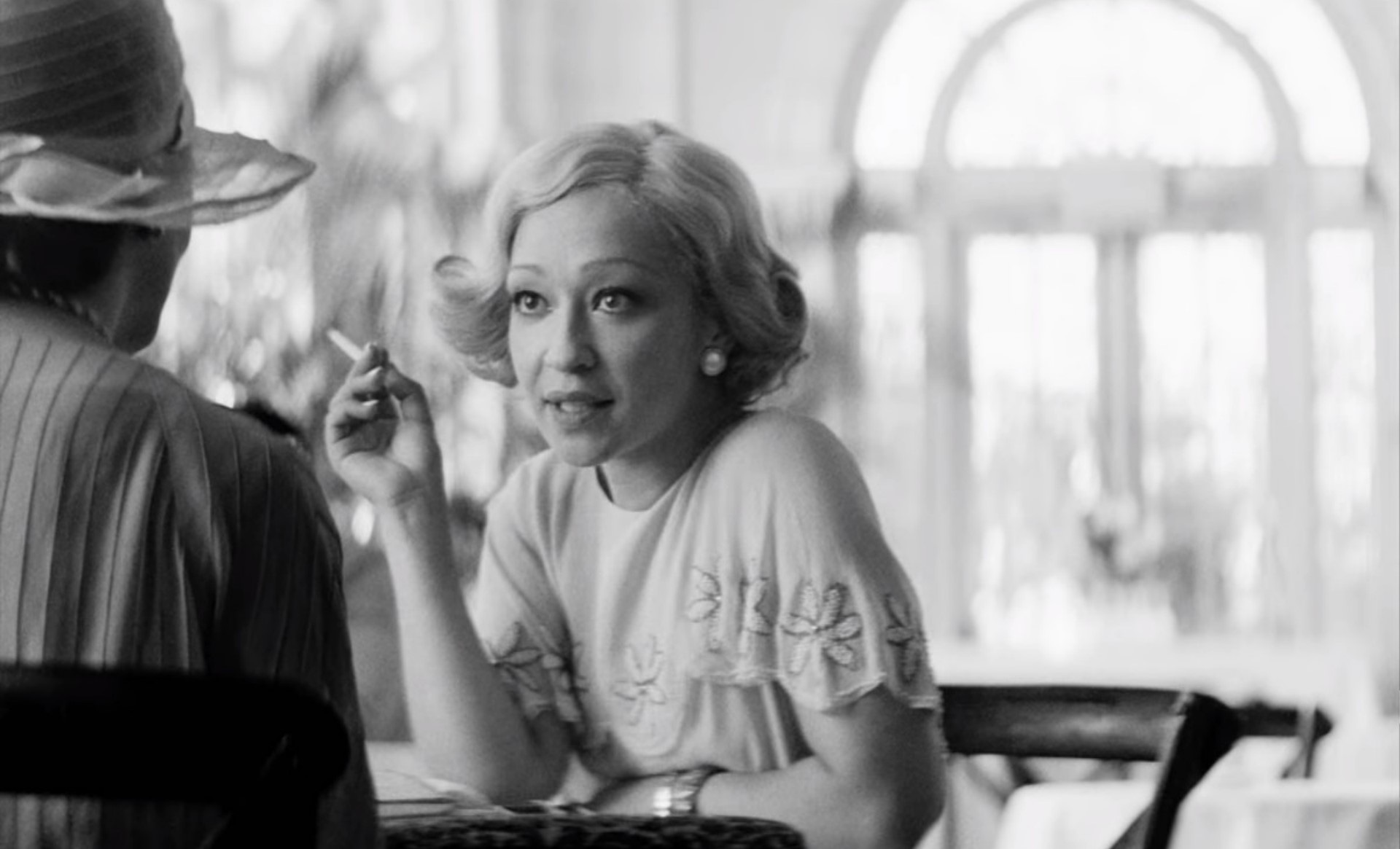 Clare passes as white in order to obtain safety and freedom. Married to a wealthy white man, she can enjoy what the world has to offer in a way most of her peers cannot. Additionally, she can ensure a good future for her fair-skinned daughter. Clare reveals that she married John at the age of 18 and told him about her being raised by “very white, very respectable, and very religious” aunts, leaving out information about her parents. By constantly keeping her hair dyed blonde to complement her fair skin, adopting the mannerisms of the white, and publicly shunning the Blacks, Clare successfully passes as white.

Is Irene In Love With Clare?

As the film progresses, it becomes apparent that Irene sees Clare as more than just a friend. It could be that Irene is simply attracted to Clare’s wild nature, carefree attitude, and freedom due to passing as white. However, in a few scenes, we see Irene relishing Clare’s beauty and conveying through gestures a desire to be physically close to her. She slowly begins to focus more on Clare than Brian. Additionally, Irene regularly praises Clare’s “extraordinary” looks in front of her husband.

Meanwhile, Clare does not like ascribing to societal norms. She charms everyone with her easygoing demeanor and enjoys being liked. She respects Irene for her rigid sense of duty and reliable companionship, seeing her as an emblem of the Black culture she left behind. Clare’s presence forces Irene to contemplate her own identity — as a Black woman, wife, and mother — and perhaps even her sexuality. The film is clearly comfortable with ambiguity, highlighting how societal ideas of identity are often unable to contain the messy truth. Irene is attracted to, repelled by, and envious of Clare, all at once.

Does Brian Cheat On Irene With Clare?

In the second half of the film, Irene becomes convinced that Brian is cheating on her with Clare. She notices how he goes from mocking Clare behind her back to defending her in public. She also observes them frequently talking to each other. However, it is never made clear whether Brian and Clare are having an affair — we see only Irene’s perspective of them. Clare is a sociable and flirtatious person and Brian eventually warms up to her. It is possible that Irene feels threatened by Clare’s presence even as she welcomes it. 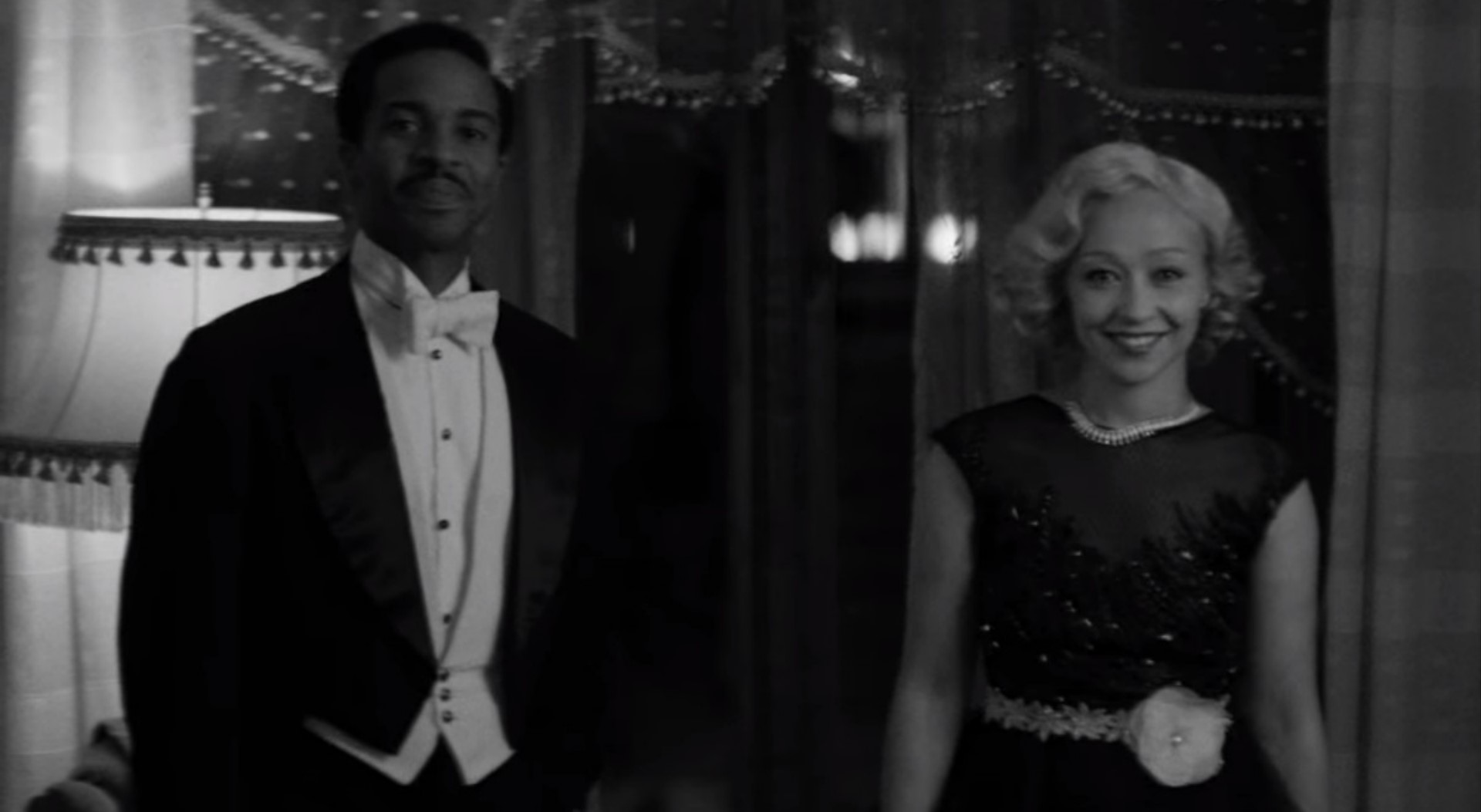 Plus, it is ambiguous whether it is Clare or Brian that Irene is jealous of since she harbors romantic feelings for both. It seems as though Irene projects her own doubts about her identity and sexuality upon Brian and Clare. Brian offers her a stable life accepted by Black cultures and society at large. Clare offers her a risky, rebellious way of embracing one’s desires. Their worldviews don’t often match Irene’s own.

Thus, by assuming that the two are having an affair, Irene lets out her frustration at her own internal dilemmas. Plus, Clare and Brian do find comfort in each other — Clare in Brian’s firm Black masculinity, and Brian in Clare’s refreshingly fearless nature. The film highlights that, in one way or another, everyone is passing off as something they’re not.

Read More: Where Was Passing Filmed?