North Carolina woman, Patricia Stewart, was reported missing to the police in January 1991. Her body was eventually discovered around 12 days later in a shallow grave miles from her apartment. The scarcely populated Graham County was shocked by the brutal murder that is deftly demonstrated in Investigation Discovery’s ‘Evil Lives Here: The Demon in His Eyes.’ If you want to know the details of the case as well as the identity of the deeply disturbed perpetrator, then we have your back. So let’s get into it, shall we?

How Did Patricia Stewart Die?

Patricia Laureen Stewart was the daughter of the late John Dillard Stewart and Sharon Hyde Stewart Key. A native of Cherokee County, she had spent the majority of her life in Graham County in North Carolina. At the time of the incident, the 24-year-old worked at the Stanley Furniture Co. Patricia was seemingly tight with her brother, Rickey Stewart, and sisters — Robin Anderson, Crystle Jumper, and Geronda Jenkins. Patricia’s family said she was recently divorced and in the process of rebuilding her life. Her aunt, Lee Vonda Riddle, told News & Observer, that she “wanted to prove to the world that she could live by herself.”

On January 6, 1991, a missing person’s report regarding Patricia was filed at the Graham County Sheriff’s Department. According to a girlfriend who had been at her apartment on January 3, 1991, she had last seen Patricia just after 2 am. Patricia used to go to work and back with one of her co-workers, who last dropped her off at home at around 11:30 pm on January 2. She had not been to work since then. The police conducted a visual inspection of the apartment and found no evidence except for the bed linen missing from the bed. He also conducted interviews with other tenants.

One of the tenants, John Hardy Rose, who lived just above Patricia’s apartment along with his sister and her boyfriend, informed the authorities that he had heard no disturbances on the night Patricia was last seen. A few days later, on January 10, the State Bureau of Investigation (SBI) conducted a thorough search of Patricia’s apartment to observe small droplets of blood on the bed, headboard, walls in the bedroom, and on the blinds behind the bed. They also discovered blood on the doorframe and hatstand in the doorway that led from the living room to the dining space.

Moreover, a small piece of fingernail was found by the door of the bedroom and a broken one on the porch. All the aforementioned items were taken in as evidence by the authorities. On January 15 — just five days after the extensive search of Patricia’s apartment, amid interviews and a thorough investigation — the investigators discovered a body buried in a shallow grave near Lower Wolf Creek in eastern Graham County. Medical examiners later testified that the body was badly burnt and exhibited signs of decomposition.

There were multiple lacerations on the body, including a 5-inch shallow-incised wound on the right knee and waistline region. The skull was fractured, and the cause of death was determined as a combination of strangulation and a sharp and blunt injury to the head. The police also discovered a fanny pack containing various cosmetics, an address book, a folding blade knife, a small jewelry case, and a savings account book bearing Patricia Stewart’s name, among other stuff.

Leading up to the discovery of Patricia Stewart’s remains, the investigators conducted several interviews with John Hardy Rose, who initially gave conflicting accounts of his relationship with Patricia. He reportedly said he did not know Patricia and had moved into a neighborhood a couple of months before the mishap. But his version allegedly changed over time, and he admitted knowing Patricia from a party and even claimed to have physical relations with her. However, the police could not reportedly find any evidence of his relationship with Patricia after interviewing nearly 50 people. 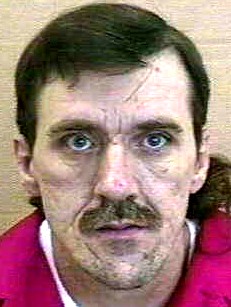 On January 13, 1991, SBI agents conducted a consent search of Rose’s apartment and car, a blue Pontiac, along with his sister’s yellow Ford. Four knives were seized from the apartment, and a pair of bloody nunchucks were found in his car. A bloody thermos, jumper cables, and a tire tool were discovered in his sister’s automobile. There were bloodstains in the trunk of his sister’s car and a bloody black sleeveless jacket in the back seat.

All the above pieces of evidence tested positive for blood consistent with Patricia’s blood type. In an interview the next day, Rose admitted to visiting Patricia’s apartment late on the night she disappeared and even allegedly told the investigators that they would not find any remains of the body since “the disposition of Patricia Stewart was so bad.” As mentioned earlier, on January 15, the authorities found Patricia’s body buried on Rose’s grandmother’s farm. When insisted by his mother, Rose revealed where he buried the body and was arrested promptly on charges of first-degree murder.

How Did John Hardy Rose Die?

Though John Hardy Rose changed his confession slightly at trial, he remained broadly consistent with what he confessed to the police after his arrest. He claimed to have had a secret relationship with Patricia and went to her apartment after midnight in an intoxicated state to end it on January 2. However, Rose claimed that Patricia refused and allegedly threatened to file a false rape case against him when she learned he wanted to move to Alabama to be with his girlfriend.

Rose also alleged that Patricia had a knife (in contrast to him confessing he attacked the victim with his knife), claiming that while defending himself, the knife accidentally hit her head very hard and killed her. He claimed he did not remember strangling Patricia and maintained that he did not intend to hurt her. However, on finding she had died, Rose decided to take his car and bury the body at his grandmother’s farm. When his car did not start, the man took his sister’s car instead, without her or her boyfriend’s knowledge.

In May 1992, Rose was convicted of first-degree murder and sentenced to death by a Haywood County jury. Despite several appeals to different courts by the perpetrator’s legal counsel as well as an appeal to grant clemency by Pope John Paul II, Rose was executed by the state on November 30, 2001, with a lethal injection at 2 am at Central Prison in Raleigh. Rose had waived off his right to be granted clemency despite clear evidence of error and incompetency on the part of his state-appointed legal counsel.