The first episode of ‘Perry Mason’ had given us a layout of the case, placing its characters in position before diving headfirst into the mystery. It had left enough clues to follow, and the second episode picks up with them. It generates more intrigue by throwing in more details about the case and making us ask questions about what is right in front of us and what is it that we are not able to see just yet. It also adds a backstory to the characters, giving us more insight into what drives them to do things we see them doing, and what could drive them to do things that are still well-kept secrets.

Perry Mason investigates the origin of the thread that was used to tie up little Charlie’s eyelids, but getting to the bottom of it will take some time. He finds other things to follow up on which lead him to some startling revelations. He brings in Pete to help him with the case, which becomes more complicated with every discovery. We also get to meet Sister Alice and witness the expanse of her influence on the followers.

Meanwhile, Officer Paul Drake discovers the dead bodies in the apartment which was visited the previous night by Detective Ennis. He takes his findings to Ennis and Holcomb who tease him about not being a real detective, while also coercing him to change the report from what he actually saw to what they think he saw. While they believe it would discourage him, he only gets curiouser about the whole thing and follows up on the one who got away.

Parallel to this, Mason finds out that Emily Dodson has been secretly calling someone, and after some following around, he discovers that she had been having an affair, and though infidelity is not murder, as Della Street says, it does bring the mother under suspicion. 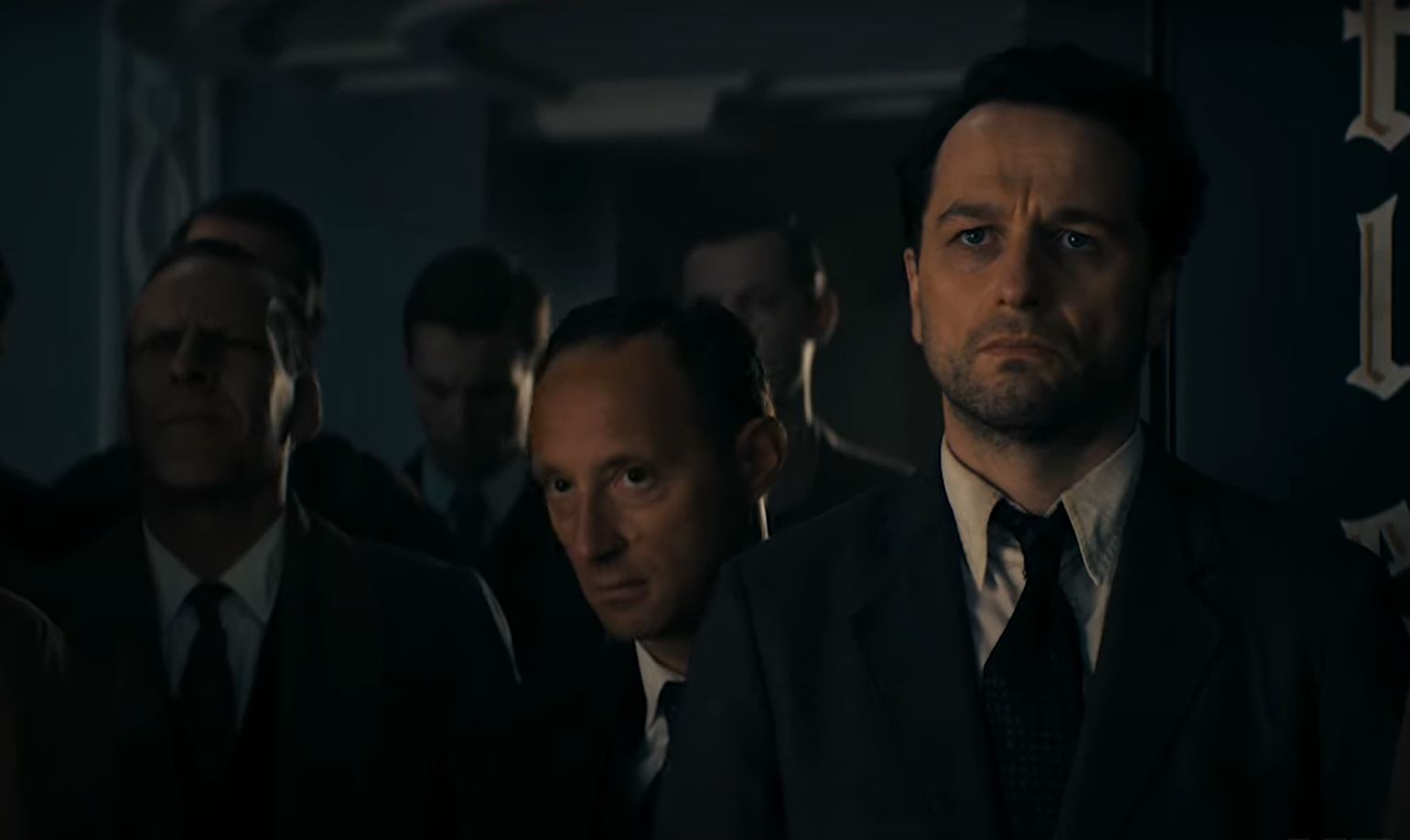 While following the thread of the case, Perry Mason also thinks back to his time in the war. In the previous episode, we were given bits and pieces about his service and his discharge from it. In this episode, we get to see the brutal situation he had to face, with some more references about what might have led to the end of his time there. About his shady circumstances, he admits that he is “part Welsh, and queer only once”, which pique our interest further in his backstory.

The episode also adds more characters into the fray, in the form of the influential and dramatic Sister Alice, as well as the diligent and under-appreciated Officer Drake. Through their side by side introduction, the series also strikes a balance between its characters. While one of them is trying to pull apart a mystery, the other is presented as a mysterious figure in herself.

Officer Drake faces prejudice in the police force, for which he is also chastised by his people. Despite his exemplary work, which could just as well have cracked the case had the cops been even a little interested in solving it, he is told that he was wrong in his conclusions and is made to change the report, which bugs him and pushes him to further follow the trail. On the other hand, the show also presents us with a larger-than-life kind of figure in Sister Alice, who gives sermons in a voice that will “make Tarzan green with envy” and bursts with energy across the stage which washes over her enthusiastic audience.

With all the show of Sister Alice, there is also a deeper layer to her character, and Tatiana Maslany lets us know that through the flicker of emotions on her face. What does she know, we ask ourselves on at least two occasions in this episode. The first one is where Sister Alice holds Emily’s hand and we see a quick shift in her expressions. From sympathetic, she becomes curious, and while a secret of Emily’s unravels later, we can’t help but wonder what Alice saw in the dead boy’s mother. A similar expression washes over her when, across the crowd, her eyes meet with Perry Mason’s. Do they know each other?

While hinting at some questions, the series also offers us some answers by revealing some secrets that muddle our understanding of the case. Every family has a secret and the secrets of the Dodsons are revealed in the second episode. It turns out that Matthew Dodson has been hiding some key details about himself, which only makes things worse for him as the cops arrest him for the conspiracy of kidnapping and murder of his own son. As the events unfold, we also discover some shocking things about Emily and the compass of our suspicions goes haywire by the time the episode ends.

There is, however, a lot more to the story. By revealing such secrets, which could have easily stretched out to a couple more episodes, ‘Perry Mason’ shows us that it has a lot of tricks up its sleeve. By revealing what seem like the most important cards, it hints at the presence of some even juicier portions of the story. It confuses us just as much it confuses its protagonist who is sure about his findings at one time and later reconsiders his actions, wondering if he has made a wrong deduction. To keep him on his toes, the story also withholds a key piece of information, the thread that Mason has to follow if he is to get to the bottom of it.