The Nouvelle Vague produced some of the most important artists in modern film-making and marks for some the definition between silent cinema, the Hollywood golden age of the 30s, 40s and 50s and then our contemporary era much in the same way that the Renaissance signified the end of the Dark Ages. Among a sea of famous names of varying skill like Jacques Rivette, Jean-Luc Goddard, Francois Truffaut, Claude Chabrol, Agnes Varda, Jacques Demy and Eric Rohmer– there lies Alain Resnais. Arguably the finest mind working within the movement, he released a string of fantastically inventive works throughout the 1960s and has continued to reach dizzying heights along a continuous career spanning decades. Editing ruled the nebulous creative consciousness that drifted along with the French New Wave and it is in Resnais’ work that the form reaches its shining pinnacle. Here is why. 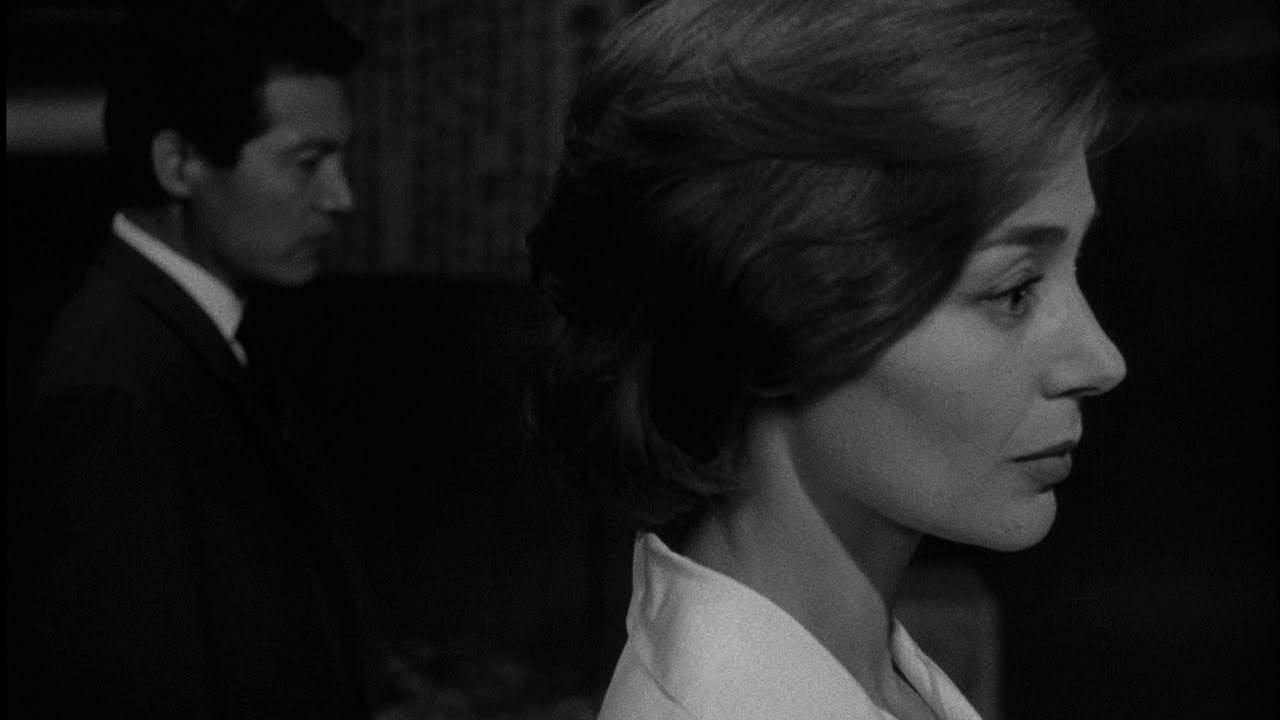 Resnais’ work strikes with a ferocious sense of immediacy that works in tandem with his direction of actors and softens into poetry. The man’s work always feels like it’s taking place in real time because he rarely ever slows down, scarcely allowing for gaps in momentum and filling transitions in setting or time of day with little flourishes that maintain the rhythm of his work. Hiroshima mon amour, for example, makes use of succinct cuts between settlings that are cushioned by swift cuts away from the story to unrelated montage which sets the scene for the next sequence. Paradoxically, striking in so firmly allows the audience to take grip as well as intercept the understanding that what they are being shown is vital to the progression of the movie.

Another thing that aids in the power of his editing is a passive directorial voice. Resnais often stays at a neutral shooting angle, never venturing in too close or far away and only reserving such extremities for important points in his pieces. Notice, for example, the distinctly uniform visual language of Hiroshima mon amour. For such a visually adventurous work, the camera often maintains a steady and similar distance from anything that is going on. Resnais does not force judgement, but instead offers that power to his audience.

As a result, he is able to make blistering displays of artistic technique tolerable- even profound. The unbearable horror of the holocaust is shed in a new light with Night & Fog, his 1955 documentary in which bleakly beautiful colourised shots of modern-day Auschwitz are intercut with harrowing stock footage of the process inside the camp during WWII. This volcanic juxtaposition is never overwhelming, however, due to that same passive cinematic eye in the sky. It doesn’t tell us how to look, just what to look at- and it is this neutrality that places Resnais in the same magical category as Victor Erice. 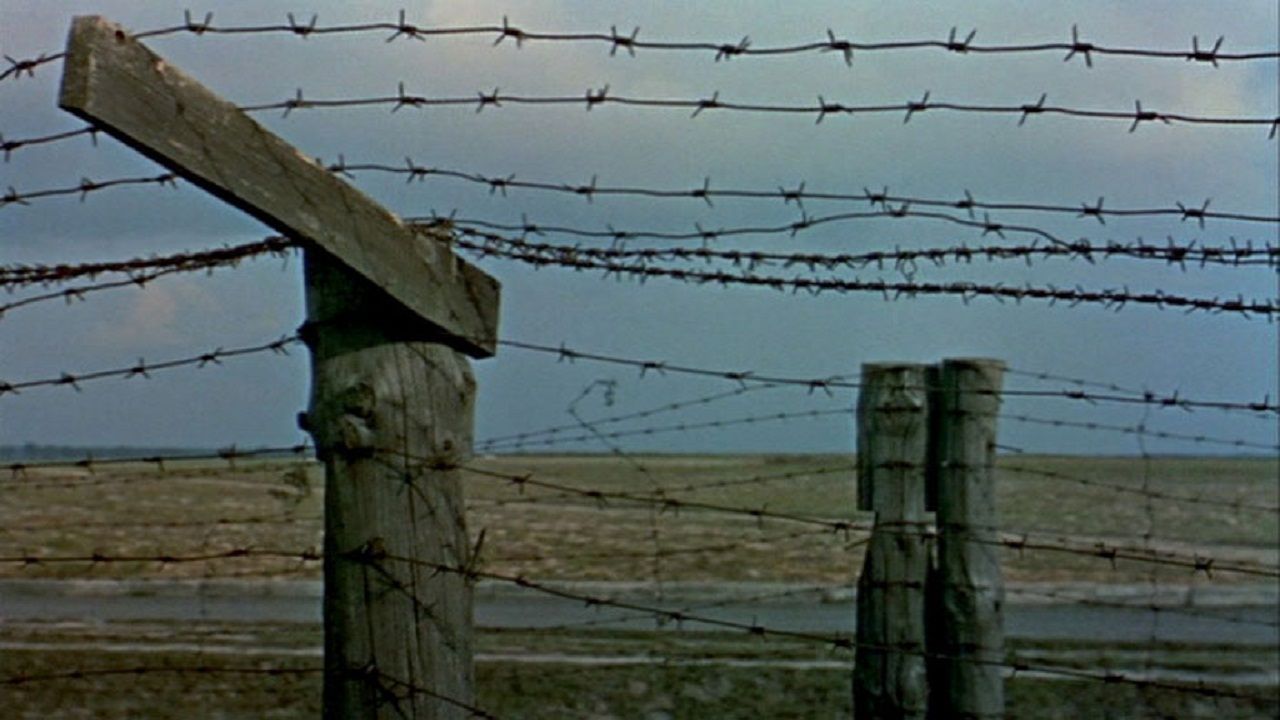 The difference being, of course, that Erice’s work is incredibly difficult to spot the style in- whereas Resnais is his style. Jarring jump cuts, kaleidoscopic editing speed and constant deference from the path of the story in order to look back mark his body of work as wholly unique among cinematic canon. Even if you don’t enjoy Resnais, his boldness is undebatable- and that is primarily because the memory and thought of his characters outweigh the script he has written them into.

Rather than being ruled by an obsession with progression that has killed many a modern fare, Resnais’ reflexive take on time and memory allows us to learn deep truths about his characters- endearing us to them and fleshing out their situation with an added impact the manufactured efficiently of some films simply can’t match. Great examples of how he plays with memory and its control come from Muriel of 1963, in which the main character’s repression of her past actually stunts the story- but in turn proves fascinating as you wonder what is holding back the natural flow of the movie. In 1968’s Je T’aime Je T’aime, some kind of spiritual successor to Chris Marker’s masterpiece La Jetee, the main character actively wrestles control of the time travel plot away from the powers that be to be with his loved one. With adept writing, memory and character backstory isn’t just a necessary evil to pad out a banal story- but an essential and creative facet of the narrative that can elevate stories with the right handling.

And indeed his most perplexing piece Last Year at Marienbad, in which memory is the only anchor we have in a maze that moves without plot or progression, uses memory as its method of forward motion. Resnais directs the film with a playful malice that pricks at the audience in obnoxious editing and absolute refusal to surrender any concrete details, yet it is a mesmerising experience because it is the characters we are invested in- and indeed such a lucid grasp on the conventions of storytelling invites the audience to connect the dots in their own way; even more profoundly than in Night & Fog. 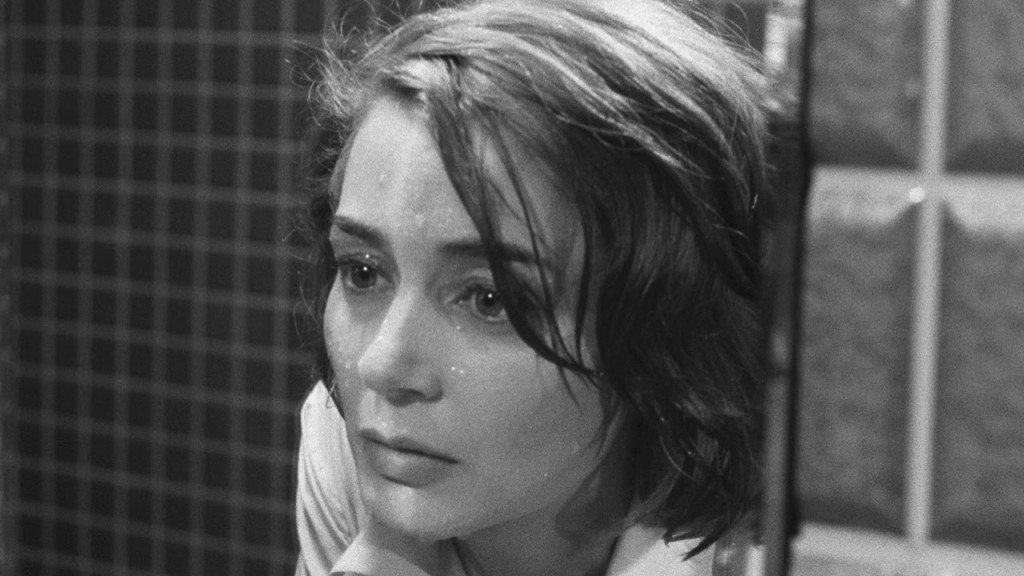 The greatest credit I can ever give a film is when the only thing that sticks out about it is a feeling: An all-permeating aura that flows throughout and cuts deep, be the emotion joyful or heartbreakingly tragic. Resnais’ stories work in such broad strokes that this magical element flows in freely- benefitted by a technical perfection in gorgeous cinematography, liquid editing and compelling direction. It is this hidden wave of pure emotion that makes the opening 15 minutes of Hiroshima mon amour so moving, as Resnais finds the poetry in time by splicing together horrifying stock footage of the blast with the re-building of the city, as well as testimony from people who were there, weren’t and those who believe they know what it was like to live ever so briefly in a land of fire.

This opening is a blast furnace of raw, spiritual emotion that pierces. It pierces despite the poetic writing and dreamlike visuals because within lie grains of harsh reality. So too does a beautiful moment in a café become clouded by nightmarish visions of a young woman eternally trapped in a basement, watching the world go by as she claws her nails to bloody stumps. Resnais doesn’t give us any clue if this is a reality, a dream or a fantasy created by the woman telling the story- but it is these sharp slices of human trauma paradoxically captured with the eye of a poet that make his work so moving. Resnais is the only director I know of who was able to observe the holocaust and the other horrors of that dreadful war as an artist, rather than a documentarian. What he made was fact, but it was laced with something special I don’t think we’ll ever see again.

Just as Last Year at Marienbad proves as profoundly tragic as any film I’ve ever seen, it has just as easily alienated other viewers. Incomprehensibility through hugely intense cinema has been an issue for many but that invites fascination on my end, rather than scorn. Resnais is a mad scientist experimenting with whatever materials he is in the mood for and no matter how many duds emerge I’ll forever follow his work- because in there somewhere will be the ability to produce feelings few film-makers could ever tempt out of the elusive unknown. This kind of cinema isn’t manufactured. It isn’t industrial and strong like Kubrick. It’s pure. Unmoulded. Alain Resnais stretches the boundaries of what the medium is able to achieve- and that is why he should be remembered among the greatest artists the form has ever been blessed with. May he rest in peace.