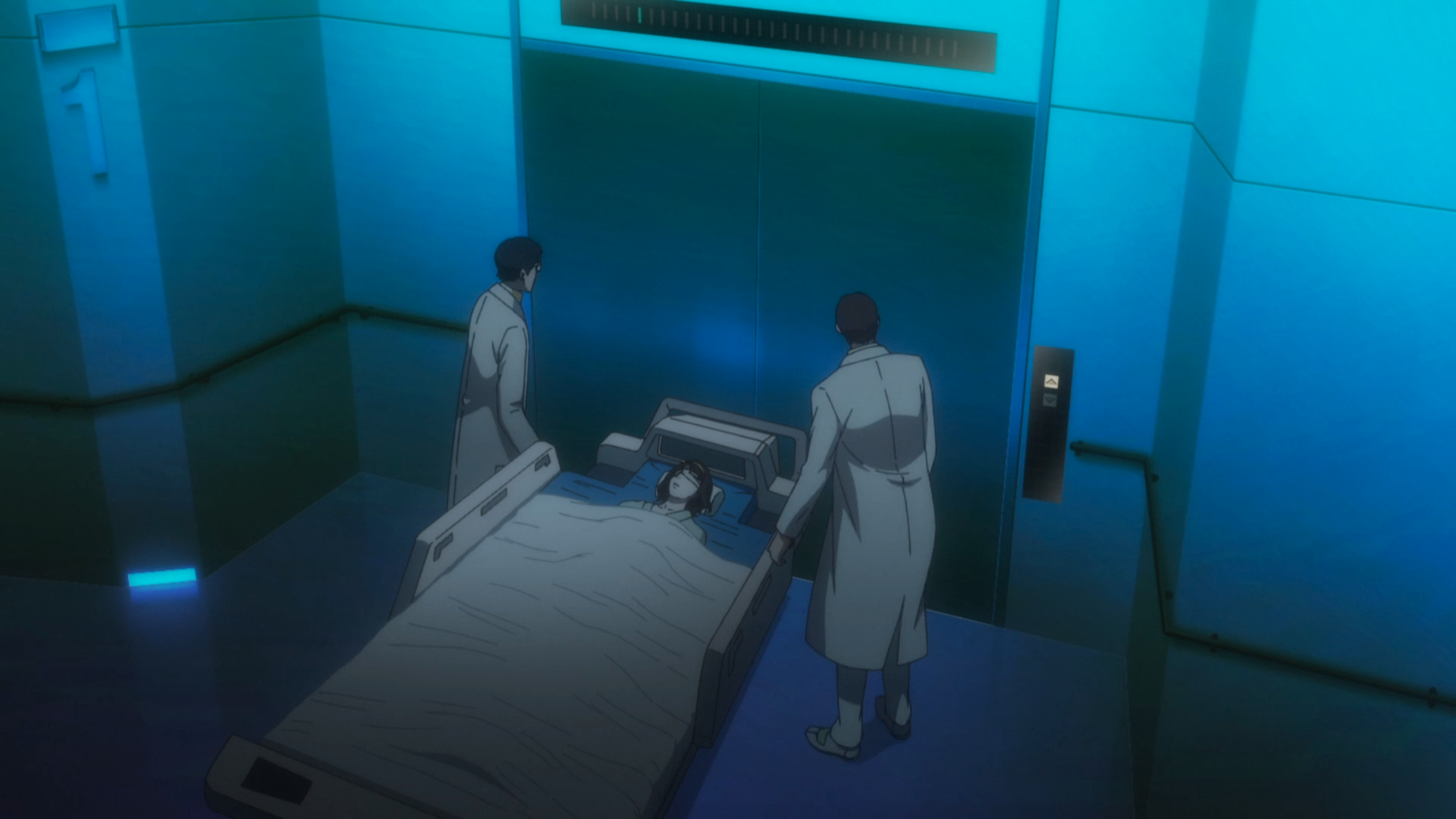 I have literally enjoyed almost every minute of ‘Psycho Pass’ Season 3, but with time, the closer it gets to its conclusion, the more it concerns me with its pacing and all of its major plot points that are still big mysteries. As much as I enjoyed Episode 6, I cannot deny that it was again a bit too overwhelming, and from the looks of it, it seems almost impossible to resolve all of its plot points in the next two episodes.

So I’m hoping that instead of rushing towards the conclusion, this season will have another cour. At this point, though I do appreciate the depth of its plot and political themes, I’m really starting to believe that this season may not be as interesting as it initially seemed. Everything is getting a bit too complicated and the extremely intricate detailing is starting to have a negative impact on the overall narrative of the series.

As planned in the previous episode, Kei and Mao disguise themselves and enter the Heaven’s Leap Sanctuary. Meanwhile, Arata intends to question Joseph only to later discover that he ended up sacrificing his own while he was trying to stop a suicide bomber. He did this solely to protect a group of immigrants who he had rescued from a prostitution ring. After Arata makes sure that all of these victims are treated fairly, Joseph’s followers show him a whole stack of smuggled gun parts. Kei and Mao, after infiltrating Heaven’s Leap with their disguise, discover that the hues of all the suicide bombers were being cleared out with a special process known as “Eternal White”. This explains why all of them were followers of the religious sect in the first place.

Bifrost, as always, manipulates all the events that are under its control and even bets on Public Safety’s success. Through one of his secret contacts, Kazumichi discovers that high-quality gun parts, which were previously quite rarely available, are now being exported all over the world. Kei and Mao’s mission abruptly comes to an end when Torri finds out about them and he even reveals that his own mother is a leader at the Bifrost. Arata, using his brilliant deductive skills, finds out how Theresa has been using her own transport company to transfer suicide bombers all over the nation. Soon after this, they receive a call from Theresa who warns them about a fourth bomber.

Upon arriving at the location, they discover that the bomber has already captured Rei’s wife and is using her as a hostage to get away with his crime. However, Arata somehow manages to save her and Tenma blows up the bomber with the Dominator’s Destroy Decomposer. This is when Foreign Affairs try to interfere with the case and even claims that the investigation needs to be stopped because they have already infiltrated Heaven’s Leap. But before Viktor can be taken into custody, a fourth suicide bomber takes his life.

As for Arata, he finally begins to understand how Kurisu, Nisei, Theresa, and Joseph had all formulated the bombings just to expose the skewed immigration system of Japan. He later begins to deduce how Kurisu, who was previously assumed dead, is actually the mastermind behind the enactment of the bombings. In the last scene of the episode, Kei’s wife gets kidnapped by Heaven’s Leap.

Season 3 is now being driven with a breakneck pace and the creators are starting to exploit its 45-minute-approach by cramming way too much information in each episode. While the storyline is still quite loyal to its political and even religious themes, keeping a track of all the omnipresent villains is now starting to get a quite sweeping for viewers. I’ll be glad if this season takes its time to conclude all of its riddles instead of jam-packing all of it in its remaining two episodes. If the creators of the series are planning to continue the storyline of this one in the next season as well, we can expect it get the brilliant ending that it deserves. However, if that’s not the case, Season 3 will flounder towards being a mere disappointment just like its predecessor.

The death flags are still on the rise, and though it looks like Mai’s fate has already been sealed, even Kei or Mao could potentially brush with the face of death in the next episode. While Kei and Mao’s future can still be debatable, Mai’s death is almost certain, especially if consider the past record of the anime where it has ruthlessly killed a lot of innocent secondary characters. So exactly as I predicted in my previous review, nothing’s going to end too well for Kei’s wife.

What really intrigued me about this episode was the part where Arata uses his mental trace and watches an old man get his hand chopped off. From the looks of it, this old man could probably be Arata’s grandfather. Even the demon who chases Arata during his mental traces seems like a potential antagonist in the long run. All in all, it’s almost obvious now that there will be a sequel season, which will pick up on all the conundrums of Season 3. But if that does not happen, I just hope that the creators have something grand planned for us in the last two episodes and not a clutter of mundane resolutions.