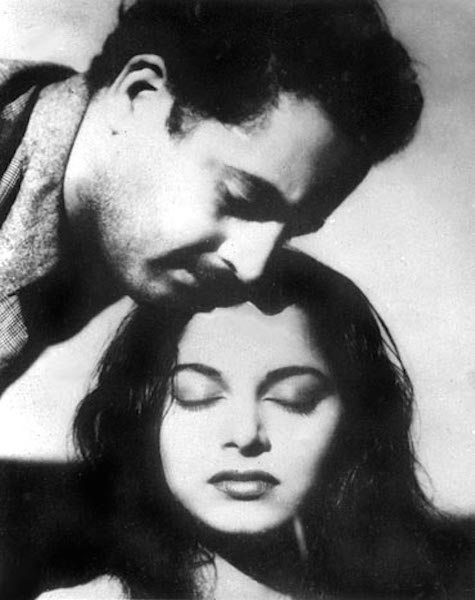 Arguably the greatest director India ever had, Guru Dutt, couldn’t live long enough to see the true success of the films he made. And that success couldn’t have been and is never achieved in the momentary exultation of a stupendous box office result. The success I am talking about lasts till eternity, and is accomplished only after years of unadulterated adulation of not only the merits of a film but its subtle, layered moments of brilliance. And therefore, one isn’t surprised to find ‘Pyaasa’ regularly featuring on world’s greatest cinema list – it was the only Hindi entry in the recently published Sight & Sound’s Top 250 greatest films ever made and TIME’s All-Time 100 Movies.

Dense with ideas of social change, and scathing commentary on the incumbent malice and stigmas of society, ‘Pyaasa’ not only epitomized the golden age of Indian cinema but also was a reflection of Indian bourgeois itself. ‘Pyaasa’ has a subtle quality about itself, where all of the brazen truths and harsh realities of society are simmering under the surface beneath waiting to be explored and extrapolated by the mindful audiences. ‘Pyaasa’ is a timeless classic not without reasons. Even more than 55 years of its release, it still remains relevant in the modern times, because India continues to be plagued by the same societal curses– corruption, misogyny, materialism — that Pyaasa directly or indirectly addresses.

For anyone wanting to find the true meaning of the film, his or her answers actually may lie in the title of the film itself. The film’s protagonist Vijay seeks the utopian world, which actually doesn’t exist. And that’s why the title ‘Pyaasa’, since he is thirsty in quest of the answers he wants from life, and more importantly, from humanity. While pursuing a long-cherished dream to get his poems published, Vijay gets fed of the man-eat-man world and seeks peace. All this while, he is also trying to find a true love that could heal the burns he received from the ones who were nearest to his heart. ‘Pyaasa’, a single word, encompasses  everything he was going through, especially the need to be heard and wanting to make a change.

‘Pyaasa’ also has the one of best moments ever witnessed on Indian cinema-screen. A presumably dead poet rises from his grave, and emerges out of the shadows to witness unimaginative effect his poems have created among the people, though, that hardly makes him shout in exultation, rather the afflicted neglect he suffered from the same people infuses him with melancholic sadness filled with anger. Through his song ” Yeh Duniya agar mil bhi jaaye to kya”  he conveys the sad state of the times we live in. But the real moment of extreme significance comes afterward when at a function to honor him, Vijay becomes sick of all the hypocrisy in the world around him and declares he is not Vijay denouncing the corrupt and materialistic world.

Having said that, the true beauty of ‘Pyaasa’ lies in the way it transcendently manages to merge human pathos of love and relationships into larger realms of humanity. A rebel poet not only lays bare the herd mentality of a whole society but also opens up the selfishness and materialistic instincts fostering within the individuals that make up the same society. And in this quest, he forgives none. Not his brothers, neither his past lover. Undone by his near and dear ones, and so called honory citizens, he finds solace in a women outcast by society. Guru Dutt clearly implying here the existing hypocrisy in society, where no one close to him cared about him as much as someone who the society didn’t care about.

Pyaasa’s ending that is not only brave, but speaks volume about Dutt’s film-making genius. I am yet to see an Indian film that could be as daring as ‘Pyaasa’ is with its choice of ending. Guru Dutt could have easily carved out a closure to the film that would have provided self-gratification or at least a sense of completion to his audiences but instead he leaves them uncomfortable and with something to ponder upon. When the actor of the film, commonly referred as hero in Hindi films, turns down the opportunity to become a hero, and decides to leave the city with a prostitute, it’s apparent that this choice mustn’t have been easy for  Guru Dutt — but he still persisted with it. And the outcome of that decision of his is that cinephiles are to this day intrigued, enthused and invigorated by a this eternal masterpiece, in true sense of the word, called ‘Pyaasa’.