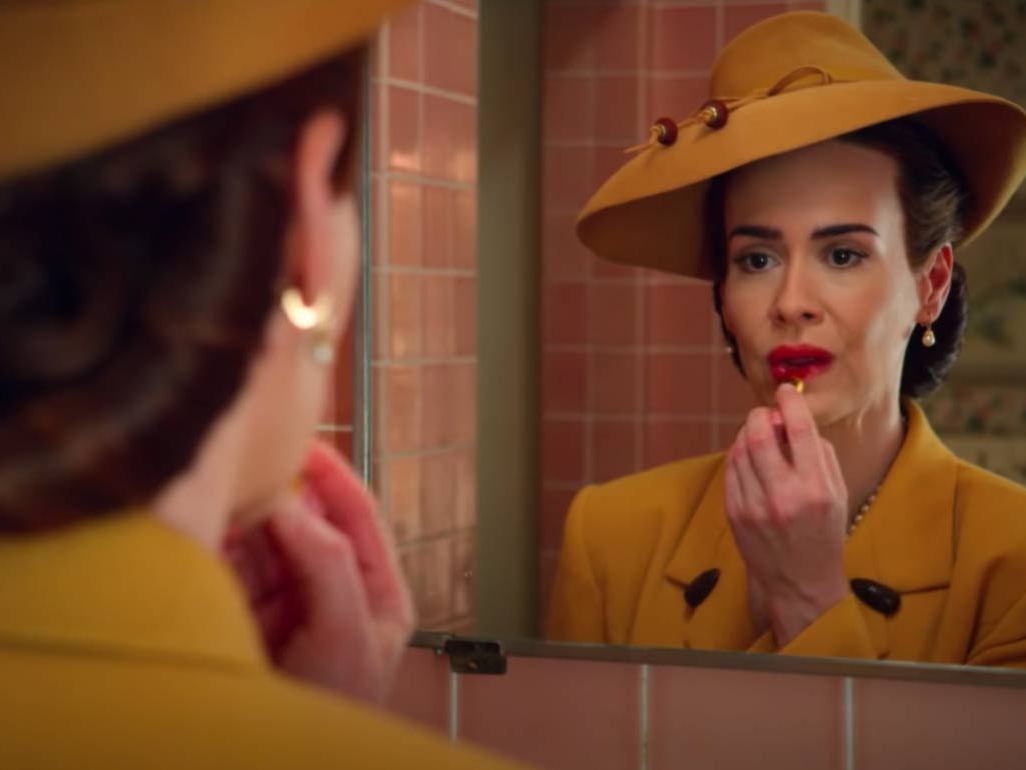 Despite the recently ignited fascination about the origin stories of the villains, especially with the success of projects like ‘Joker’, ‘Maleficent’, and ‘Hannibal’, it remains a risky gambit, as it can be construed as an unwarranted intrusion into well-established mythology. So, when it was announced that Ryan Murphy (‘Glee’, ‘American Horror Story’) is making a Netflix series about a younger Mildred Ratched, the cruel and despotic head nurse from multiple Oscar-winning 1975 drama ‘One Flew Over the Cuckoo’s Nest’, which, in turn, was based on the 1962 namesake novel by Ken Kesey, it raised quite a few skeptical eyebrows. While the film is a somber and harrowing tale about a group of patients in a psychiatric ward and the casual cruelty they suffer in the hands of the nurses and orderlies, ‘Ratched’ is a fun, pulpy, Hitchcockian over-indulgence that keeps you perpetually shocked and at the edge of your seat. SPOILERS AHEAD. 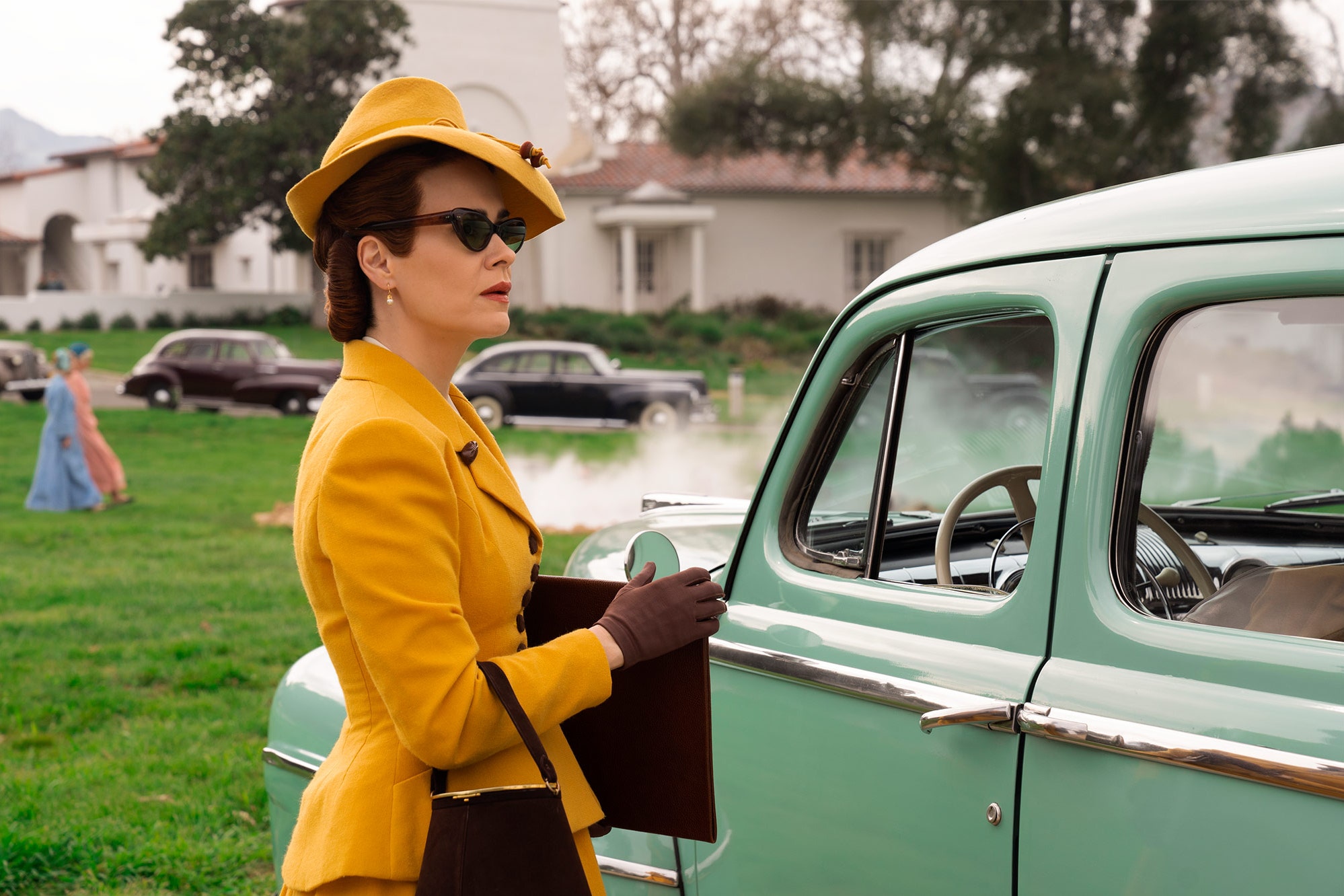 The series is predominantly set at Lucia State Hospital, a financially-strapped mental facility located in the 1940s post-war California. Its director, Richard Hanover (Jon Jon Briones), when he is not administering dubious early 20th-century psychiatric treatments on his patients, is on a seemingly endless quest to convince various men in power, including and especially state governor George Milburn (Vincent D’Onofrio), for more funding.

The story begins with the murders of four Catholic priests by Edmund Tolleson (Finn Wittrock) and his subsequent relocation to Lucia for psychiatric evaluation by Hanover to determine whether he is fit for trial. Ratched, whose past is deeply intertwined with that of Edmund comes to Lucia to save him from his impending execution. There, she meets a swathe of colorful and over-the-top personalities, a bemused P.I. turned assassin (Corey Stoll), an extravagant heiress (Sharon Stone), a jazz baby motel owner (Amanda Plummer), a young woman with hybristophilia (Alice Englert), another with dissociative identity disorder (Sophie Okonedo), and a lovestruck and loyal head nurse (Judy Davis). She also meets Gwendolyn Briggs (Cynthia Nixon), a woman who will endure all her manipulations and lies and continue to love her.

Over the course of its nearly 7-hour runtime, ‘Ratched’ sets up multiple character-driven storylines. As the series races towards its inevitably shock-inducing, extraordinary, and excessive ending, several main characters meet their violent, if untimely, ends. As with most TV shows of today, ‘Ratched’ concludes most of its subplots in its penultimate episode and uses the finale to set up the next season. The overarching main plot, which revolves around the rapidly changing dynamics between Ratched and Edmund, is set to continue in the sophomore season.

The disastrous events that take place during the spring dance, in which Edmund murders a police officer and Dolly shoots Briggs, mark the ending of Hanover’s tenure as the head of the facility. Milburn subsequently pulls the governmental funding, intent on bankrupting the hospital. it is only through the initiatives of Bucket and Ratched, who reach out to the biggest private donor of the institution for more funding, that Lucia manages to survive. The two women then ensure that Hanover is removed from his position. Bucket takes over as the director of the hospital, with Huck (Charlie Carver) serving as the head nurse.

Murphy and his writers masterfully enunciated the tragedy of Dr. Richard Hanover in bits and pieces throughout the season. The man loses everything, his family, his dignity, and his self-worth, while desperately trying to be the doctor that his patients need him to be. But it is this relentless devotion to his work that ultimately leads to his undoing. It does not take long for both Ratched and Milburn to figure out exactly what type of a man Hanover is, and from that point onwards, it becomes easy for them to manipulate him.

Admittedly, he does try to break free from the shackles that his two personal antagonists have placed on him a few times, but he doesn’t possess the mental and emotional strength to do so, a surprising and dangerous shortcoming in a psychiatrist. He is also miserably restricted by the science and social understanding of his age. His attempts to treat something as natural as lesbianism with torturous treatments like lobotomy and hot and cold therapy aren’t necessarily his failings, but that of the contemporary society and human knowledge.

The show makes it quite clear that, despite his commitment to his work, Hannover rarely experiences any success. This is why Charlotte’s case becomes so precious to him, as it seems that he has finally been able to help someone. He leaves Lucia with nothing except for her, hoping to fully cure her someday. But it is ultimately wrenched away from him as well, as he himself triggers the episode during which one of Charlotte’s personalities kills him.

Although ‘One Flew Over the Cuckoo’s Nest’ is generally regarded as one of the greatest films of all time, it has received some criticism for what the detractors believe to be a stereotypically negative portrayal of women in power. Nurse Ratched (Louise Fletcher’s portrayal) has come to be viewed as an ideal example of a battle-axe nurse, a popular trope that denotes a sadistic, most often female authority figure in a medical or psychiatric facility. Ryan Murphy’s ‘Ratched’ subverts this not only with its focus on its titular character but also by uplifting the show’s entire female cast.

The women in the show go through drastic changes in the last few episodes. From someone morally ambiguous like Ratched to someone downright rotten like Nurse Bucket, everyone receives a redemption arc. Bucket sardonically remarks at one point in the show, “We have all done stupid things in the service of stupid men.” It is this recognition that leads to the vindication for all three main female characters. For Briggs, it was her work for Milburn. For Bucket, it was her blind love for Hanover. For Ratched, it was her guilt for leaving Edmund when they were children.

Briggs is a remarkable woman way ahead of her time. she serves as a press secretary for the present governor and is ambitious enough to aspire to the office herself someday. She is also someone, in contrast to Ratched, who is very open and earnest about her sexuality. She lets Ratched know exactly what she wants from her not long after their first meeting. But that doesn’t mean that she doesn’t need to grow herself. Her firing by the governor in episode 6 comes as a blessing in disguise, as she was continuously making morally reprehensible decisions in the service of that man.

Her decision to walk out of the shame marriage with Trevor not only allows her to at least consider the prospect of a future with Ratched but also lets Trevor find love of his own. it helps both of them to realize that they don’t have to compromise their happiness for society.

Bucket, on the other hand, has spent the last few years by being hopelessly in love with Hanover. It is only by completely removing him from her life that she can begin her process of redemption. ‘Ratched’ absolves all her sins by designating them towards Hanover. Her repeated acts of casual cruelty are regarded as actions she only performed because she was working under and in love with an incompetent and failed individual. She ultimately turns out to be a vastly better administrator than him. Lucia has never functioned more efficiently than when it is under her control.

Ratched’s arc is much personal in nature than the other two women. She and Enmund endured unspeakable horror when they were children. Forced to perform sexual acts on each other in front of an audience, they are two unmistakably broken and traumatized individuals. it is Edmund who snapped and killed those responsible. And it is again Edmund who told her to run away. But Ratched has felt guilty throughout her life because of it. This is what made her come to Lucia in the first place, hoping to save him as he had done for her all those years ago. It is only after her conversation with their caseworker, who tells her that one of the priests that Edmund killed was his biological father who had raped his mother, she realizes that he had been broken even before their meeting, and it is not necessarily her responsibility to save him.

For all the murder and mayhem that the series may contain, ‘Ratched’ is essentially a story of love. Mildred begins the series as sexually confused, possibly the result of her childhood trauma. But when she meets Briggs, and they gradually fall in love, she undergoes a radical transformation, which has both moral and sexual ramifications. The changes, that Ratched is forced to make about herself so she can be worthy of Briggs’ love, empower her humanity. She lets go all of all her emotional baggage, including her past with Edmund, to be with Briggs.

The two women endure murdering psychopaths, bullet wounds, and a cancer diagnosis together. In the end, their vacation in Mexico feels well earned. with Bucket joining them, it seems like a happy ending for all three female protagonists.

An Enmity Between Siblings

Despite her realizations, Ratched continues to try to help Edmund. Governor Milburn, knowing that the public likes nothing more than a spectacle, fully intends to give it to them. This means a violent death on an electric chair for Edmund. Knowing that she can’t save him, she tries to give him a merciful death. She exhausts every option, including approaching Milburn himself to unsuccessfully plead to him for a quick method of execution like a gas chamber or lethal injection. Ever the politician, Milburn asks for her and Briggs’ votes before leaving.

Eventually, she decides that it has to be her who kills Edmund, and she prepares herself for that, ever the angel of mercy. She even gets Bucket’s approval. But then everything changes when Charlotte comes to Lucia acting as Hanover and breaks Edmund out. It seems the moment she killed him, Hanover’s identity became part of her psyche.

When Edmund discovers that Ratched was planning to kill him, he undergoes a transformation of his own. Now with Charlotte and Louise as his accomplices, he embarks on a terrifying murdering spree. Aiming to draw Ratched’s attention, he kills nurses, women whom he would have previously considered “innocent”. Ratched, despite being in Mexico with Briggs, has a constant fear that he will find them. She even has a dreadful vision in which Edmund and Charlotte are finally in Mexico to kill her. ‘Ratched’ season 1 wraps with a telephonic conversation between the siblings, indicating their lives are still very much intertwined.