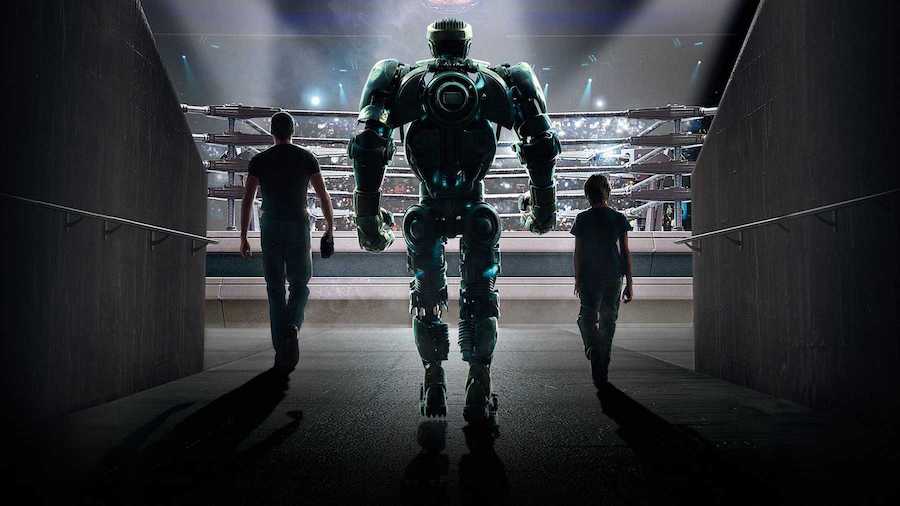 ‘Real Steel’ is a sports movie that replaces human opponents with robots. Set in a near-future where human boxers have been replaced by robots, it focuses on the story of a man who reconnects with his estranged son through their shared love for the sport. The film is an entertaining drama that has all that any underdog story would need. Despite its pretty straight-forward story, there are a couple of things that leave us pondering about it. If you haven’t seen the film yet, bookmark this article for later. SPOILERS AHEAD

Charlie Kenton is an ex-boxer who is trying to make some money through the business of robot fighting. However, no matter how strong a robot he has, he always loses, mostly because of his ill-timed decisions. He is drowning in debt and running away from the ones whom he owes money when the news of his ex-girlfriend’s death is delivered to him. It turns out that his eleven-year-old son, whom he had abandoned a long time ago, has no one but him now. Debra, Max’s aunt, tries to get his custody, but Charlie needs to sign off on it. He sees this as an opportunity and gets Debra’s rich husband, Marvin, to pay for giving away Max to them. The only catch here is that Charlie needs to keep Max for a month because Debra and Marvin have a trip planned to Italy that they cannot cancel. Charlie agrees to this and as Max accompanies him on his quest to make money through robot fighting, they discover an outdated robot named Atom abandoned in a junkyard. 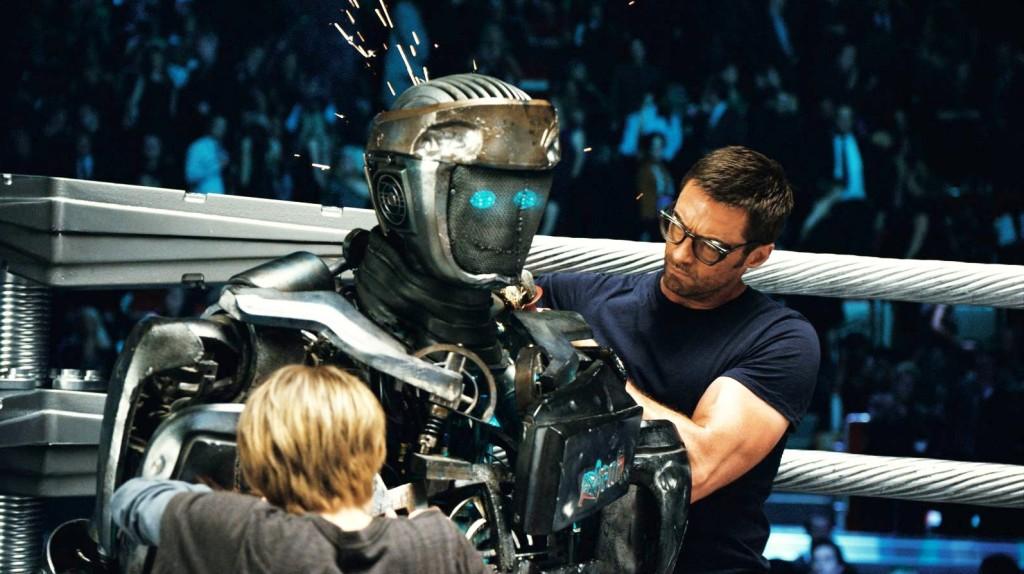 As Atom wins fights, he starts to turn into a local legend and soon enough, finds his way to the League matches. His first fight is against Twin Cities, and Charlie believes that they might not make it out of this one. A surprise arrives for the Kenton duo when they are invited to the Zeus suite, where Ferra Lemkova offers to buy Atom for a substantial sum of money. Charlie jumps at the offer, believing it would solve all of his monetary problems, but Max says that Atom is not for sale. With little to no hope of winning, they start to turn heads when Atom makes it out of the first round and then beats Twin Cities. In the spur of the moment, Max challenges Zeus to a fight. Things heat up for Charlie when Ricky catches up with him. He beats him and takes away all the money he had won. This leads Charlie to reflect on his lifestyle and how it affects Max. He decides to drop him back at Marvin and Debra’s. Later, however, he starts to miss him and when Zeus accepts the challenges, he goes back to Max, apologizes to him for all that he had done, and asks for a chance to make amends.

The fight with Zeus looks like a suicidal quest for Atom, but the robot proves his mettle once again and survives one round after another. He is beaten to a pulp several times but perseveres, and in the process, wins over the audience. By the final round, some of his functions are damaged and he doesn’t respond to Charlie’s voice commands. Max advises him to fight using shadow mode. In the final round, Charlie and Atom fight as one and they succeed in smashing Zeus, though not completely defeating him. In all of the rounds, neither Zeus nor Atom had been properly defeated, with both getting saved by the bell and surviving for the next round. This technicality leaves the decision of winning the challenge on the overall judge’s scores. In what turns out to be a close call, Zeus wins the challenge, but it becomes clear that Atom has emerged as the true hero of the fight. 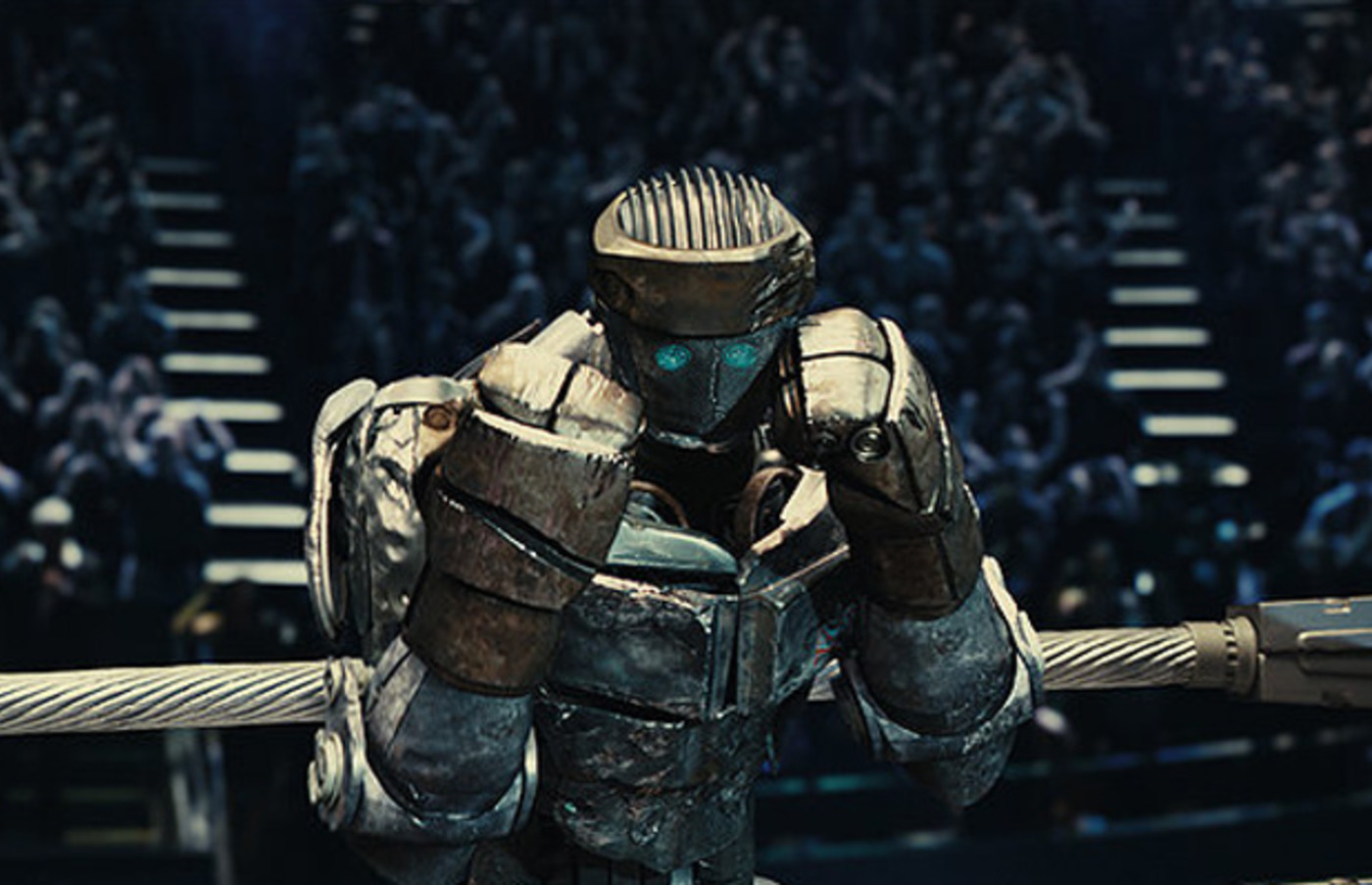 One of the things that ‘Real Steel’ hints at but never quite explores is the nature of Atom. Over the course of events, the robot becomes an important part of the Kenton family, with every single person getting attached to him as they would to any other human. This gives a human air to him and as thousands of people cheer for him in the fight against Zeus, we feel the force of his punches on his opponent and wince at every strike he endures. This emotional attachment gives the necessary weight to the story, but it also toys with the idea of how much Atom can actually feel.

The emotional factor with him is introduced when he saves the life of Max. At this point, he has not been plugged in and is just another junk in the yard. However, soon enough, Max turns him into a fighter due to his sheer will. He feels connected to the robot, which is largely because by that time his father is not responsive to the love he wants to feel and is still grieving the death of his mother. What’s interesting is that we find Atom reciprocating it, his actions explained as the result of the rare shadow function he’s been fitted with. He mimics the kid, which gives off the impression that he is doing just what his function calls for. But then, other smaller things faintly hint at something more.

The first instance of such behavior is when Max takes him out for a walk at night. He looks at Atom and says “your secret is safe with me”. This line is repeated at the end of the film where Charlie tries to tell him something, most probably that he loves him. Max cutting him off with “your secret is safe with me” might simply mean that he understands him and that he knows that his father loves him. We could apply the same theory where he says it to Atom. At this point, the kid doesn’t have any proper parent-figure in his life. His father has sold him to his aunt, whom he doesn’t feel very attached to. At this point, Atom is the only one who he can count on, the only one who he thinks loves him. But there is another explanation as well.

In some scenes of the movie, we find Atom behaving too humanly for a robot. His setting works differently and he seems to be more receptive to the things that are taught to him. At one point, we find him staring at himself in the mirror, and it almost looks like he is contemplating something. His overall look, which is more rugged and torn down rather than the shiny appearance of his counterparts, also gives him a human character that allows the audience to easily get attached to him, along with the way he seems to be responsive of Max’s cries to get up and fight. Another thing that piques our curiosity is how Farra Lemkova suddenly shows an interest in Atom. He is just another sparring robot that has only recently started winning some fights. The only thing that makes him fascinating is his rare shadow function. But is it really that rare or inimitable that the great Tak Mashido can’t get it for Zeus? Do they just buy every robot that seems to have potential, or are they aware of the things that the rare function brings with itself? Could it be that the shadow function that allows the robot to commit the boxing lessons to memory also lets him shadow other things, like emotions? Could this mean that Atom is one of the sentient ones? The film doesn’t give a yes to it, but with these little things spread across the movie, it also doesn’t give a specific no to us.

Read More: Will There be a Real Steel Sequel?