Where Are Rebecca Musser Ex-Husband And Kids Now? 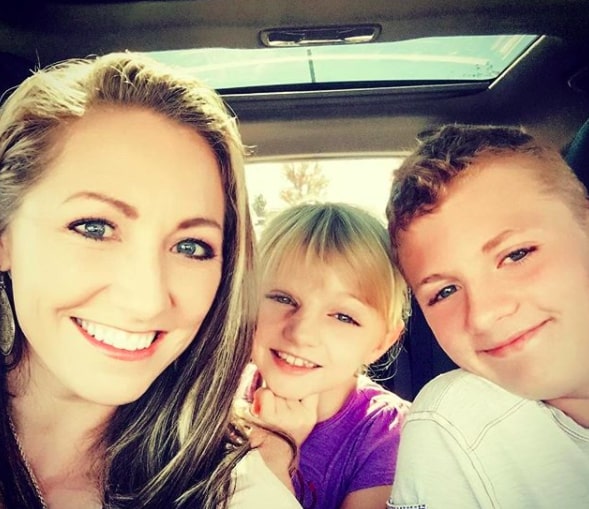 Rebecca Musser is an author and an activist who works against human trafficking and other forms of sexual exploitation. Her book, ‘The Witness Wore Red: The 19th Wife Who Helped to Bring Down a Polygamous Cult,’ shocked the country as they read on to find out about the lives of ‘sister-wives’ and others in the FLDS, headed by Warren Jeffs. The book cemented speculations of those who witnessed Warren Jeffs go to prison for sexually assaulting minors, along with a similar number of charges that kept piling up against him in the years to come.

Rebecca Musser was a former member of the church, not by choice but by birth. She was born to a family that followed the faith of the FLDS church. As a daughter of the ‘spiritual wife’ of her father, Musser’s existence, along with that of her siblings were mostly confined to the basement.

Rulon Jeffs, the former president and leader of the FLDS sect, got a divine calling to make Musser, his spiritual wife, one of the countless many that go up to 60 or more. Her family gave her away in marriage. Not knowing anything about sex or even her body as a 19-year-old, she was subjected to years of sexual abuse at the hands of her 85-year-old husband. Though she did not feel anything for him, it was instilled in her that it was her duty to please him as his wife to obtain divine salvation. In NBC’s Dateline, she said: “He was old, and even though he couldn’t, he did still try,’

She was subjected to this treatment until he passed away in 2002, at the age of 92. Her ownership was then shifted to Warren Jeffs, Rulon Jeffs’ son, who had not only taken ownership of her but all of his father’s widows. Soon enough, he forced her to get married to someone else. It was at this juncture that she ran away for good from her life at FLDS.

She ran away from the compound with the help of her brother, who had been kicked out from the sect much earlier and Ben. Ben Musser was Rulon Jeffs’ grandson, and by extension, he was Rebecca Musser’s step-grandson as well. This is because he was born to another sister-wife, fathered by senior Jeffs. In an article, that quotes her book, states:  “He had shown kindness to me, telling me not to be forced into doing anything I didn’t want to do. Without him, all was lost.

The two then set out to find new jobs and re-start their lives far away from the oppressive life they once knew. They have two children together, Kyle and Natalia. She has even mentioned him in the dedication page of her book:  “I also dedicate this book to Ben Musser, whom I’ve watched become a most incredible and loving father.”

The couple, however, got divorced later but Rebecca Musser still continues to keep his surname.

Perhaps one of the many things that she has been really grateful for is her children. The excitement is visible in all of her interviews. She talks about the flashbacks and realizations that have gripped her in the process of raising her children. In an interview with Idaho News 6 she said:

“My son was in second grade; they were learning about the Civil Rights Movement…And finally, he said, tell me what it was like. And as I described my childhood, and a normal day, to him, his eyes got bigger and bigger and he said, mom! You were a slave!”

The family lives in Idaho. They even have two dogs. Musser can be seen posting infinite pictures of her children and scenic views on Instagram. Thus, it looks like Musser is well settled in her hard-earned life by breaking away from the FLDS community.