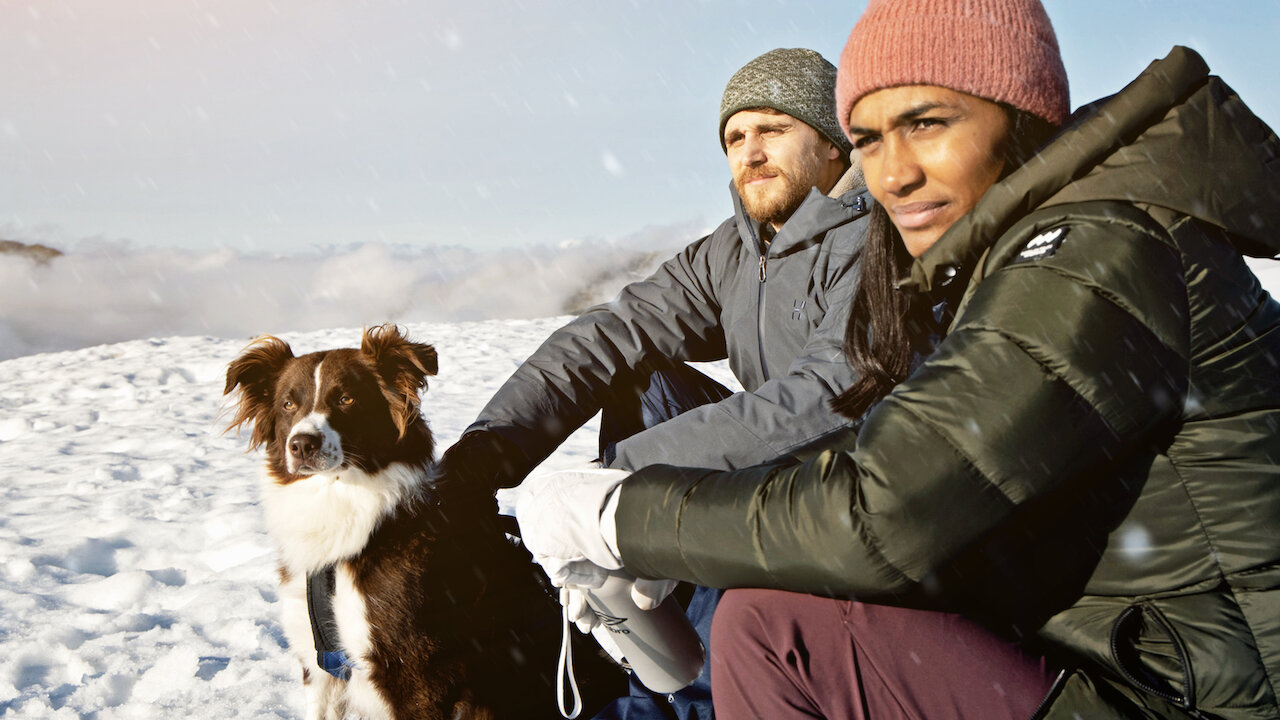 Netflix’s ‘Red Dot’ is a Swedish survival-thriller film directed by Alain Darborg from a screenplay written by Darborg and Per Dickson. It stars Nanna Blondell, Anastasios Soulis, and Thomas Hanzon in the lead roles. It tells the story of a couple on a romantic getaway being hunted by a mysterious gunman. It is pulsating to watch the couple fight for their survival and stick by each other’s side despite the testing circumstances. The film unfolds like any formulized thriller, with clever red herrings and tense chase sequences. It is during the final act that it truly distinguishes itself by delivering some shocking twists that give us satisfying answers to all the questions it raises. For those wondering how it all ends, here are all the answers. SPOILERS AHEAD.

The film linearly tells its story with multiple flashbacks at necessary points. It begins with a prologue wherein David (Anastasios Soulis) proposes to his girlfriend Nadja (Nanna Blondell) at his college graduation. Nadja accepts, and the couple decides to move to Stockholm. We then cut to an unspecified amount of time later.

David and Nadja are still together. However, their relationship has hit a few roadblocks. Nadja finds out that she is pregnant. She is overwhelmed and confides in their neighbor, Tomas (Thomas Hanzon), about her reservations when it comes to having a child. David surprises Nadja with a hiking trip to the northern mountains to reignite romance and rekindle their relationship.

On their way to the remote resort, they have a small accident with a pickup truck belonging to two local hunters. They run into the hunters again at the resort. The following morning, they discover the hunters have drawn racist graffiti on their car. Enraged, Nadja keys their pickup truck in retaliation, further aggravating the hunters. Later at night, the couple’s romance is interrupted by a laser dot inside their tent. As they come out to confront the person behind this act, gunshots are fired at them, and they are forced to run for their lives. What ensues is a gripping cat and mouse chase.

How Do David and Nadja Escape from the Hunters?

The audience, along with David and Nadja, believes they are being chased down and hunted by the two local hunters. They find a shelter and spend the night there. In the morning, they return to their tent to collect resources but find the beheaded body of their dog, Boris. They once again have to flee when the hunters reappear and fire at them from afar. Nadja sees two shadowy gun-wielding figures in the distance, confirming her suspicion that the hunter twins are behind all this. Meanwhile, David is badly injured and has hallucinations of a boy in a yellow jacket.

The couple is aided in their escape by an oncoming snowstorm. They take refuge in a cabin and call for help. The next morning, help arrives in the form of a mountain rescuer; however, unexpectedly for them, it turns out to be Jarmo, one-half of the hunter twins. Nadja shoots him with a flare gun, and they manage to escape. While on their way to the bartender’s cabin, they run into the other hunter twin, who is holding a gun pointing towards Nadja. David attacks him with a stone, which hits the hunter on the head, instantly killing him. The two then use the hunter’s snowmobile to reach the bartender’s cabin.

Who is Behind the Rifle?

Upon arriving at the cabin, Nadja asks Einar, the bartender, to call for help as David’s condition worsens because of all his injuries. Einar, however, doesn’t call for help and threatens the couple. They lock themselves in a room to protect themselves. It is in this room that a very shocking revelation takes place. David and Nadja find various photographs of themselves on the wall and quickly realize someone has been keeping tabs on all their actions. A figure holding a rifle equipped with a laser dot enters the room.

This person is none other than David and Nadja’s good-hearted neighbor, Tomas. We then cut to a scene set right after Nadja accepts David’s proposal. On the road, the young lovers get playful in the car, and in a moment of distraction, hit a boy in a yellow jacket, causing his death. The identity of this little boy is confirmed by Tomas. It was his son who was killed by the couple’s car. The entire puzzle connects in front of our eyes as Tomas seeks revenge for his son’s death.

A flashback reveals Tomas was flying a drone with his son when the accident that killed the boy happened. It was using the footage from this drone that he was able to identify and track down the couple. He integrated himself into their lives by moving into a building right across from theirs and waited for the perfect opportunity to take his revenge. It was Tomas who gave David the idea for the vacation at Bear Valley, and it was indeed he who has been menacing the couple all this time.

While he initially planned to kill the couple, Tomas has a far more deranged and sinister plan for the two. David is forced to drill a hole in Nadja’s belly, effectively killing their baby to save Nadja’s life. However, when he fails to do it, Tomas threatens to shoot Nadja. Jarmo arrives and is shot by Tomas while David and Nadja take advantage of the confusion and escape. The mental trauma and physical injuries are too much for David, and he asks Nadja to go on without him.

Nadja runs through the dense snow-covered woods as Tomas holds David at gunpoint. Just as he is about to shoot David, Nadja returns with the gun of the hunter who was killed by David. Pointing the gun at Tomas, she is about to fire but is shot in the head from behind. Tomas’ unforeseen wife reveals herself. Distraught by the deaths of the woman he loves and his child, David begs Tomas to kill him. Tomas leaves him alive to experience the same pain David inflicted upon him.

Although it is a tense and well-designed thriller, ‘Red Dot’ is ultimately a film about loss, and the ending highlights exactly that. While flashbacks show both David and Nadja express remorse for the death of the child, David never manages to build the courage to accept the punishment for his crime. Nadja does, but she is persuaded by David against it, in favor of building a future together. It is only when their past catches up with them and threatens to destroy their future that they seek atonement. Throughout their fight for survival, both David and Nadja are seen questioning themselves if they are worthy of becoming parents. All of this factors in heavily with the ending and gives David a fate much worse than death.