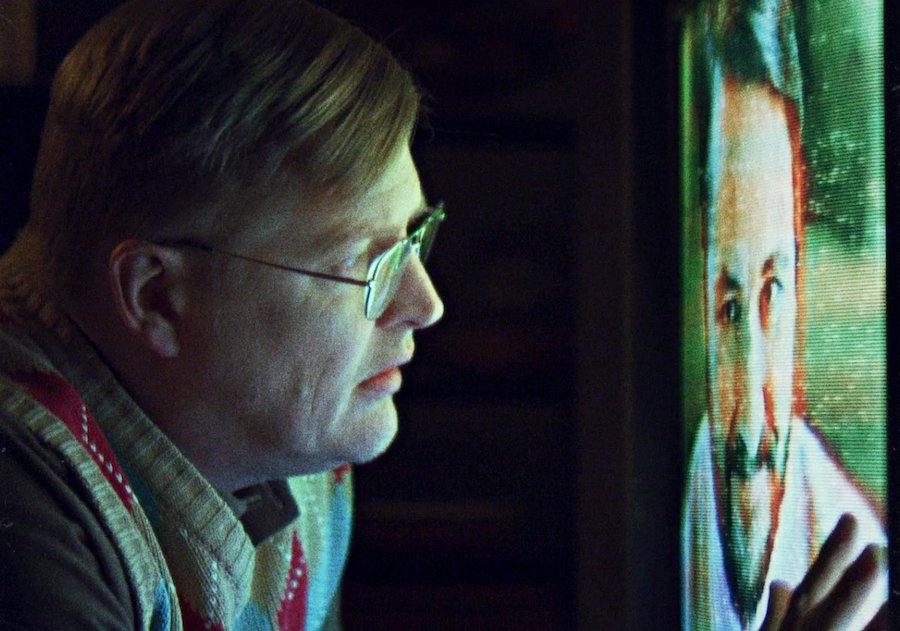 ‘Rent-A-Pal’ is a psychological horror drama that follows the story of a lonely man named David who falls further into the depths of his isolation and starts losing his mind. A mysterious tape is found to be the cause of the unraveling of his life and the movie creates a very ambiguous air around what is actually happening. Things get weirder by the minute, but the filmmakers have also left breadcrumbs for us to follow and deduce the nature of David’s situation. If you haven’t seen the film yet, come back to this article later. Here are all the places where you can stream ‘Rent-A-Pal’. SPOILERS AHEAD

David is a forty-year-old man who lives with his mother. She suffers from dementia and David is all that she has left. He takes care of her, and this takes a toll on his personal life. He has no social life, which means he doesn’t have any friends and no prospects of a girlfriend. He uses a service that allows people to make their tapes which are then shown to others, who can express their interest if they like their profile. It has been a while since David signed up there but has received no matches. During one of his visits to the place, he finds a DVD called Rent-A-Pal and it changes his life.

Is Andy for real? 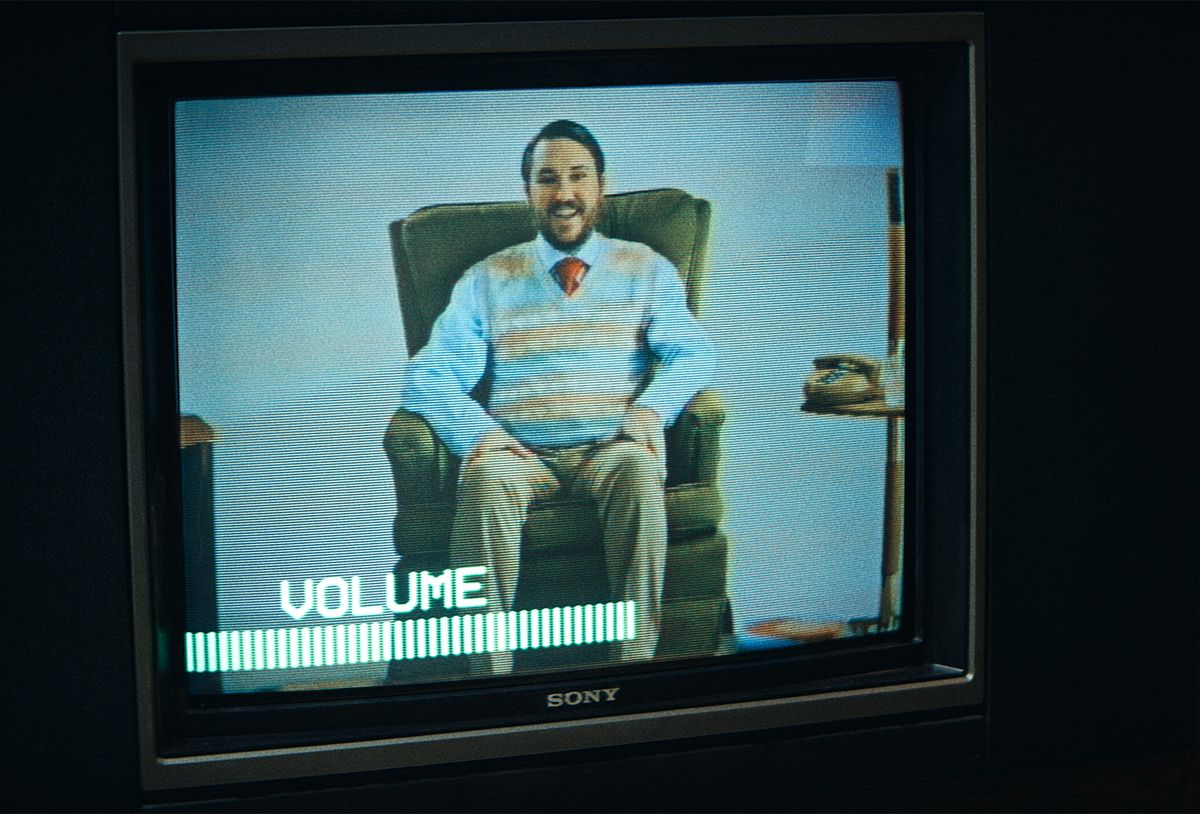 What makes David’s interaction with Andy so strange is that their conversations not only timely match up, but Andy’s reactions also seem to change with every interaction, despite the fact that he is pretty much saying the same thing over and over again. In the scenes that the movie establishes the connection between them, we find David spending so much of his time with Andy that soon enough, he has memorized all of his lines and pauses. He knows just when Andy will ask him what question, how much time he will take to listen, how he will react, when he will laugh, and when he’ll tease him. With every repetition, he becomes better equipped at his conversations with Andy, until eventually, his TV pal is the only one that he can properly talk to.

Talking with Andy means there can be no mistakes, no misunderstood words, and nothing that can lead to a crack in their friendship. It becomes the perfect thing in David’s life. But then, just when things start to get better with Lisa, Andy’s behavior changes. Why’s that? How does that even happen when you are talking to a pre-recorded one-sided conversation that doesn’t really mean anything? The answer is that after some time, it is not one-sided for David. Somewhere along the way, Andy has become real for him in the manner that their prefect friendship has started to develop the flaws and imperfections of a real relationship. Andy doesn’t just exist on the television screen now, he has become a real person in David’s life and he functions through his mind. In short, the tapes are now dictated by David’s imagination.

The fact that David has simply lost it by the time Lisa comes into his life is hinted at later in the film. At one point in the video, Andy takes a selfie with his viewer, as a mark of their friendship, but there’s really no picture here. In reality, Andy and David can’t be in a picture together because they have never met in person. And yet, later, we find their selfie in David’s room. How did that happen? That’s the point, it didn’t. Somewhere along the way, David became so immersed in his friendship with Andy that he started imagining things. He had memorized his conversations with his rented pal so much that as his condition got worse, the same lines started getting warped with different meanings and feelings. He forgot that Andy isn’t a real person in his life, he is just an actor who has made this tape for friendless people looking to have a conversation with someone.

In the end, David became so invested in Andy that the tape became more important than his mother. When his mother destroyed the tape, he felt like his best friend had been killed; like when the tape is hurt, Andy would feel the pain. The distortion of the meaning of Andy’s words is also felt in the scene where “we don’t need her” doesn’t mean the same thing anymore. In the tape, the line is used by Andy to show compassion with his viewer when they have been dumped by their date or girlfriend. David uses it as a consolation while dealing with the fact that his perfect match, Lisa, moved on to someone else before they had the chance to meet each other. By the end of the film, David has become so disoriented that he interprets the same line in the context of his mother. And if Andy says they don’t need her, he believes it. 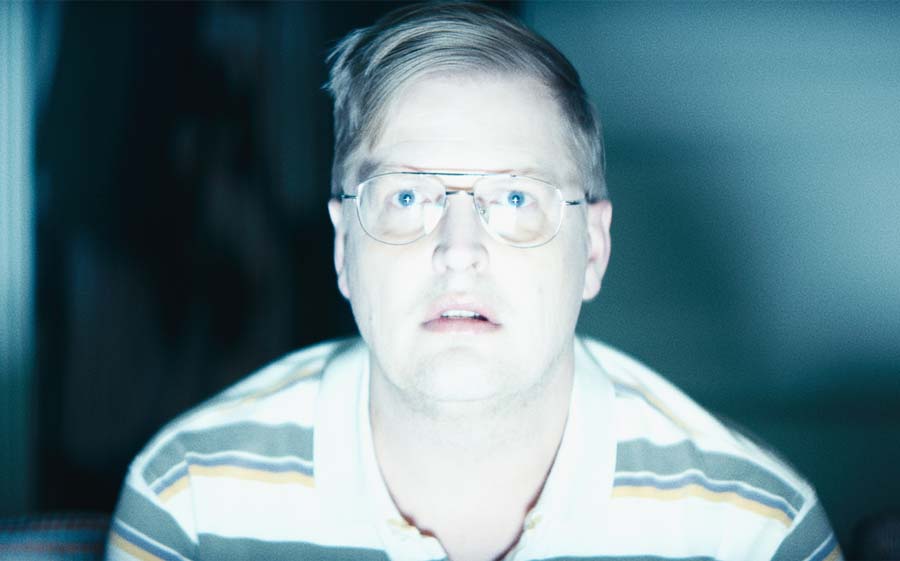 After things fall apart with Lisa, David falls further into his desolation. His switch flips when he discovers that his mother has destroyed the tape for her craft activity. He hits her and leaves her lying on the floor, as he runs out to get another copy of Rent-A-Pal. When he comes back home, he starts talking to Andy, who tells him that they don’t need his mother anymore. David follows his command and throws his mother down the stairs to the basement. Following this, every television screen in the house starts playing Andy’s tape and it is confirmed that David has completely broken down. He starts repeating the lines spoken by Andy and continues to do so when Lisa shows up at his house. She is horrified to discover what David has done to his mother. He attacks her too, but she succeeds in escaping after landing a fatal blow on his chest with a pair of scissors. While she runs out to ask for help, David goes back to the basement where he fast forwards the tape to the end, and Andy bids goodbye to him. As the tape ends, David takes his last breath.