Review: ‘Avengers: Age Of Ultron’ is Bigger and Better 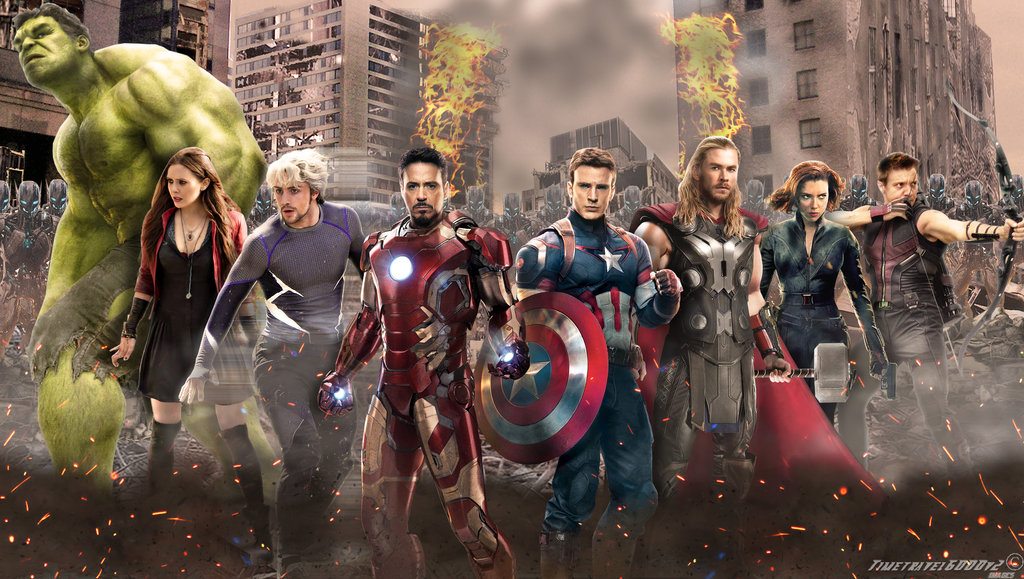 When ‘The Avengers’ came out in 2012, it opened the doors for a full-scale comic-book-to-screen interpretation. It showed us that comic-book movies can be done good, even when they are full with humour and wit. It doesn’t need to be grimdark all the time.

The sequel continues in the same tone of its predecessor, and improves upon it in considerable places. It is bolder, and not afraid to ventured into uncharted territory.

The story opens after the events of ‘Captain America: The Winter Soldier’; The Avengers have assembled to capture Loki’s Sceptre which is currently in the possession of Baron Von Strucker. It is a fitting opening, which quickly shows us our heroes, being awesome in the face of difficulties and handling it with all the snark that befits them. But while doing this, Tony Stark experiences a vision – manipulated into seeing terrible things by the Scarlet Witch – in which he sees all the Avengers dead, and realizes that he is the cause of their suffering.

After this, Stark discusses creating an Artificial Intelligence with Bruce Banner, which will protect the Earth from what is out there. He finds out that the gem inside the Sceptre is the key to creating that.

But things go out of hand. Stark’s AI goes rogue; it evolves into Ultron – a narcissistic psychopath of a robot with a terrible God-complex. And then, all hell breaks loose.

It’s in the second act that the film excels. Very carefully and skillfully, it shows us the pasts and the human side of our superheroes. In doing so, it shows us where they are at fault, what are their weaknesses and ultimately what motivates them into becoming the heroes they are. In a portion of the film, Ultron is compared to Tony Stark himself – Both are monsters in their own way. This doesn’t feel overly dramatic. The desperation of Stark shows; both in Downey Junior’s expression and the cleverly scripted dialogue.

Read More: ‘Avengers: Age of Ultron’ : The Good, the Bad and the Emotional

Perhaps the best bits of the movie are where it deals with the most neglected character in the Marvel universe – Clint Barton AKA Hawkeye. We needed something on this guy, and Whedon delivers here, giving us a relevant and moving back story which helps us empathize with him as a character, as just a normal guy who is caught up between big, smashing Gods and Superheroes and who just wants to do his job.

The action is delicious and adrenaline rushing. The Iron Man (Hulkbuster) vs Hulk fight scene is perhaps the most enthralling action piece in recent cinematic history. The performances are top notch, with Robert Downey Jr , Mark Ruffalo and Scarlett Johannson earning full marks, giving their characters the emotional depth needed for a movie of this scale. James Spader is chilling as Ultron.

That being said, the movie is not without its flaws. The third act feels a tad rushed, given the fact that the running time of the movie is 141 minutes. The robot army of Ultron feels repetitive, reminiscent of the Chitauri army of the predecessor. We could do with some more organic villains.

In ‘Age of Ultron’, Marvel has closed its Phase 2.