Review: ‘Batman: Return of the Caped Crusaders’ is a Lot of Fun 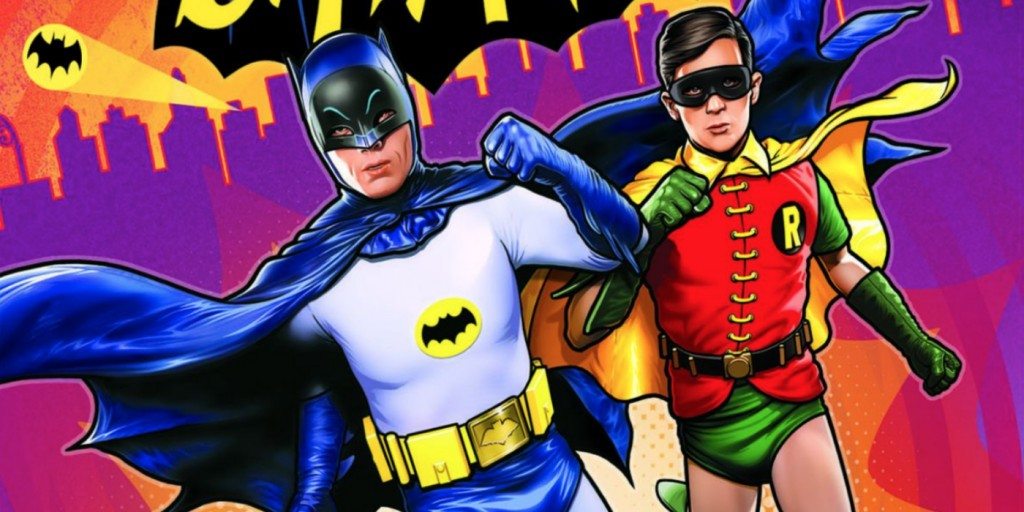 Holy 60’s throwback, Batman! Warner Brothers animation has just released its animated movie based on the 60’s Batman television series and it’s basically everything one familiar with the campy show could hope for. The film features the voices of Adam West as Batman, Burt Ward as Robin and Julie Newmar as Catwoman, all reprising their roles from the 1960’s series. The movie begins with billionaire playboy Bruce Wayne and his ward Dick Grayson watching their favorite variety show, GOTHAM PALACE. The two are taking a break from their roles as crime fighters for much-needed “mindless entertainment.” Their evening plans however, are thwarted when it is revealed that the television studio has been high-jacked by non other than Batman’s most vile and vicious villains – A conniving cavalry of cunning and callous criminals – The Joker, The Penguin, The Riddler and Catwoman. Combining their efforts together in order to hatch a scheme unlike any other the dynamic duo has ever faced. It is at this moment that Batman and his faithful side-kick, Robin, the boy-wonder must leap into action once again to save the day. TO THE BATCAVE!

So… yes. The signature camp from the William Dozier show is definitely present here. It’s corny. It’s funny. It’s down-right preposterous while also being down to earth at times. This IS your grandpa’s Batman. Unlike newer, darker interpretations of the character, West’s Batman lives by a set of rock-hard principles and even chastises Robin for attempting to jaywalk during a chase, reminding the boy wonder that as stewards of law and order, they too must abide by the rules and set the highest of standards.

The return of West, Ward and Newmar will delight fans of the original show and perhaps, as a result of the actor’s participation or just by coincidence, Catwoman is separated from her criminal cohorts for much of the film, finding herself in the company of Batman and Robin for a large part of the plot. While much of the original show’s cast were unable to reprise their roles because they’re….. well….. dead, their presence is felt as The Joker, Riddler and Penguin all have character designs based on Cesar Romero, Frank Gorshin and Burgess Meredith, respectively while the voice actors do their best to pay homage to the original cast while making the roles their own.

The film is absurd in ways that the show was. The Caped Crusader and Boy Wonder track the villainous team by reading clues in a connect-the-dots fashion requiring mental gymnastics that would make an Olympic gold-medalist blush. When our heroes find out that the rogues have high-jacked a rocket into outer space, they promptly prepare to follow them in the “Bat-Rocket”, a fully functional rocket that Batman has stored away for one of these (just in-case) kind of moments. Certain death is evaded by gadgetry containing all the technical realism of a Wile-E-Coyote and Roadrunner cartoon. Batman’s utility belt contains everything including the kitchen sink. Everything has the prefix “BAT.” It’s absurd. It’s hysterical. It’s…  delightful

The film is also down to earth in interesting ways. Being based on a live-action show, the fight sequences do not contain the high-flying, acrobatic moves of other animated Batman films. It’s bare-knuckle brawling with lots of punching. This time we get to see the punches connect with no real-life actors in physical danger. While they aren’t used to cover up the low-budget punch-pulling they were originally conceived for, we can all rest easy because those classic sound effect balloons are back. POW! WHACK! BOOM! Anyone who is bothered by what they perceive as the gritty gloominess of the modern DC superhero films will at least be glad that Batman doesn’t kill anyone here (although he does toy with the idea) and in general the whole thing is lighthearted. Batman even dances over the closing credits.

West and company are clearly having a lot of fun here and it’s obviously a project that everyone was very emotionally invested in. It contains the best of the classic show while bringing something fresh to potential new audiences. My guess is it will go over well with smaller children who may be too young for something like BATMAN: THE KILLING JOKE.

On a final note: Newmar was one of 3 actresses to play Catwoman during the run of the 60s series, alongside Lee Meriwether and Eartha Kitt. There is an “Easter-egg” scene where, after getting hit on the head, Batman starts seeing multiple Catwomen, 3 to be precise – with each of them being drawn like the actresses who played her on the show, respectively. This is the sort of tongue-in-cheek attitude that the film carries throughout and while it may not be common for modern superhero films, (other than DEADPOOL) here, on your home television screen with West, Ward and Newmar, it is MORE THAN WELCOME.