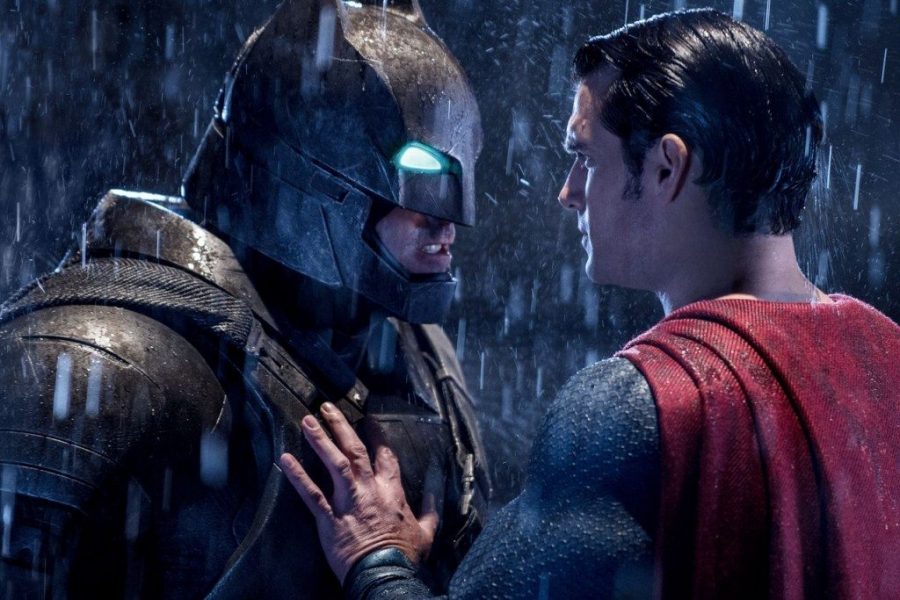 It’s no secret that when Zack Snyder’s follow-up to MAN OF STEEL was released that audiences were disappointed. Critics blasted the film for its uneven flow are darker plot elements. Now, with home media, comes the “Ultimate Edition” or as I am henceforth calling it, the “Director’s Cut.” The 3 hour version of the film released just over a week ago is, in fact, the original cut that Snyder presented to Warner Brothers. The studio allegedly made Znyder cut the film for time saying that he “wasn’t James Cameron” and couldn’t release a 3 hour movie. This was a pretty stupid mistake as the results speak for themselves.

In a move that surprised many, none of that original criticism was veered toward star (and main casting controversy) Ben Affleck as Batman. Affleck takes on the role without fear and delivers a nuanced and workable performance as Bruce Wayne, many saying he was the highlight of the film. Along with Wonder Woman, Batman was the highlight of the film, for better or worse. Affleck embodies the quiet stoicism of a man who has spent the better part of twenty years fighting criminals. Affleck portrays Bruce Wayne as a capable businessman, albeit one who still gets out and enjoys the lime-light. The rage he channels is saved for the scenes behind the cowl and Affleck shows signs of gleeful satisfaction when the caped crusader manages to get the best of the Man of Steel. The classic snear on his face as he declares: “Well, here I am” is that belonging to a man facing his greatest challenge and taking joy in out smarting the vastly stronger Kryptonian. Affleck walks the line with great care and it doesn’t hurt that he is, BY FAR, the most physically formidable actor to portray Batman ever on-screen. The training montage shows Bruce Wayne as a bear of a man pushing himself to his physical limits (as the actor, no doubt did in preparation.)

Lois Lane is once again admirably performed by the outstanding Amy Adams, showing all the sass and gusto of a pulizter prize-winning journalist. Lawrence Fishburn commands the office as Daily Planet Chief, Perry White and doesn’t shy away from bashing Clark “Smallville” Kent when he wants to pursue the Batman story instead of football.

Henry Cavill is utilized much more in the extended version than the theatrical one. As a reporter he shows noble intentions by trying to investigate the Batman who he sees as a ruthless vigilante;  a criminal himself. There are touching moments when Clark is seeking advice from his mother (portrayed with quiet thoughfullness by Diane Lane) and speaking to the memory of his father. (A returning Kevin Costner who was himself, a highlight of Man of Steel). Cavill is steadily becoming the Superman we all know as he learns to balance his power and responsibility against an increasingly hostile public who, at times see him as a power hungry ruler and “false god.”

Cavill is learning and growing with his characterization and should continue to show the chops (and psysique) needed to portray the Man of Tomorrow.

Jessie Eisenberg’s casting as the villainous Lex Luthor was met with controversy but I liked his portrayal. The contrast seen in his small stature to that of the two heroes makes his motivations more believable and he is clearly a psychotic, megalomaniac businessman with traits of a twisted version of THE SOCIAL NETWORK’s Mark Zuckerberg (also portrayed by Eisenberg.) Complete with a head, shaving scene, Eisenberg is also evolving into the Lex Luthor we all know and despise.

The theatrical cut DID feel lost in the flow at points. It did have its issues and I am happy to say that MOST of those issues disappear upon viewing the Director’s Cut. The pacing issues are basically completely gone. It is counter-intuitive that a LONGER film would flow better but here, it just does. It’s 30 minutes longer but it FEELS shorter and tighter. The scenes don’t seem so unevenly cut together and I found myself engaged from start to finish.

Henry Cavill suffered a lot because of the decreased running time. Clark Kent’s journey to Gotham and investigation of the Batman are almost entirely absent from the theatrical cut. This made Superman feel like he took a back seat to Affleck’s Dark Knight in the theatrical cut but here we get a lot more of Clark Kent, Journalist.

The longer version feels like a complete film; a complete vision. Much like Snyder’s earlier comic book film, WATCHMEN. These additional scenes aren’t just filler, they add serious plot substance and character development. Everyone’s story feels fully fleshed out here and Batman’s, *cough* extreme measures seems more justified. Batman isn’t wrong. He is just jaded and misguided. The corporate media (and some subliminal plotting by Lex Luthor) does a lot to persuade us that Bruce Wayne is justified in his mission despite us knowing that Superman, for better or worse, MEANS well.

Clark’s character is much more fleshed out and much like this summer’s CAPTAIN AMERICA: CIVIL WAR, we are able to see both sides of the conflict.

This cut is a lesson to studios that once they’ve hired a director, they need to put their money where their mouth is and support that director’s vision. Otherwise, audiences are treated to a watered-down version of the film the tried to please everyone but ends of alienating mostly everyone.

Why didn’t Clark stop the bomb at the capital? What was the final fate of Lex Luthor? What drove the Bat over the edge?

These were lingering questions from the theatrical cut that are readily answered in the Director’s cut. Critics are even turning tables and praising the home release

Zack Snyder has listened to critics and promised a simpler, more linear story with more mirth for next year’s JUSTICE LEAGUE. Maybe it’s time for the studio to take the same advice. After the release of BvS, many were signing petitions to get Snyder removed from the director’s chair of JUSTICE LEAGUE. Now, many of those same voices are still signing petitions. However this time, they are demanding that WB give Snyder FINAL CUT on JL. This director’s cut clearly demonstrates why.