Review: ‘Beauty and the Beast’ Has Nothing New to Offer 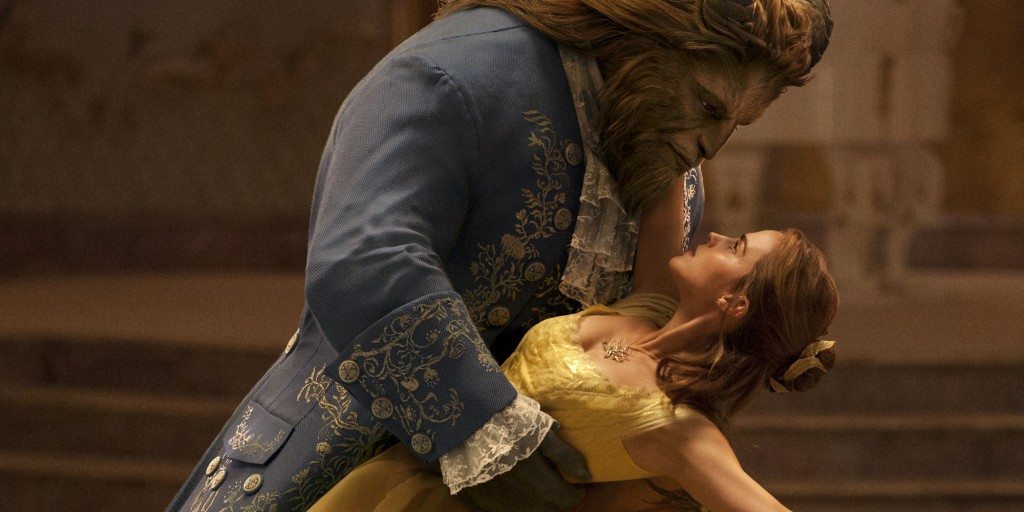 It is no secret that no studio worships the dollar more than Disney, and they are masters of soaking every single dime from each new production. The fact that they are now doing it with productions that are not new is just blatant arrogance. They know, they have known for years people will come to their movies, new generations of children will adore their films if they re-release them at just the right time, so they do that, rolling their classics out of the vault every seven to twelve years.

‘Beauty and the Beast’ was the first film in history nominated for an Oscar as Best Picture, breaking through into the final five as no previous Disney classic had ever done. In the twenty six years since its release, it remains the most beloved of the Disney films. Consider the profit stream from the film over the last quarter century.

The film made a fortune, then you had the soundtrack which sold hundreds of million, followed by the video, then the DVD and later the Blu Ray, along with a couple of shorts to go along with it. You walk into a Toys R Us at Christmas and the shelves are stocked with all kinds of Beauty and the Beast merchandise;, toys, clothing, towels, lunch boxes,  cups, posters, colouring books, name it, if Disney can slap a logo on it they will.

A few years go by and they decide to make a Broadway musical of the thing so it is off to the Big Apple where it makes even more money, and in the interim Disney buys Lucasfilm and the rights to Star Wars and Indiana Jones and launched further Broadway shows of Mary Poppins, the extraordinary The Lion King, and Aladdin.

Finally someone has the brainstorm to make live action films out of their animated classics faster than you can say money in the bank, they have no less than twenty two of the greatest animated films in various stages of production. We have already seen Maleficent (2014), which was followed by Cinderella (2015), both disappointing but The Jungle Book (2016) was a revelation.

We will soon have Dumbo, Peter Pan, Tinker Bell, The Sword in the Stone, The Lion King and Mulan to name just a few, and this week, the much anticipated Beauty and the Beast comes to screens, with Emma Watson as Belle.

If you are expecting a masterpiece this is not it, if you are expecting a flop this is not it. What it is, is a virtually frame for frame, shot for shot remake of the animated film, made flesh and cgi by the Wizards at Disney and director Bill Condon. It’s greatest strength remains the music and songs, a soaring score that is rapturous and beautifully tells the tale as old as time. It is a handsome production, ripe with stunning sets and gorgeous costumes, made obviously with great reverence for the first film.

Much will be made of the gifted and lovely Emma Watson as Belle. She is wonderful throughout, reminding us she was always the most talented of the Harry Potter kids and in the not so distant future will be holding an Oscar. It will not be for this, too light, but she is a joy throughout, and while a trained singer, she sells the songs. The lady is a huge talent.

Should I even go into the story? Have you been on Mars since 1991? No need, the theme being do not judge a book by its cover, beauty is within.

But what about the beast?

This is where the movie has troubles. There is a short prologue attached that tells the story of the young prince cursed by an old woman to look be his life as a beast until a woman sees his inner beauty and falls in love with him. Did we need that? No, but it is there. One thing it ruins is the surprise of seeing the prince at the end of the film when he transforms back. In the animated film the beast was voiced by actor Robby Benson, a seventies icon, his voice altered with computers, but it was a marvellous creation loosely based on the 1945 French film Beauty and the Beast with Jean Marais as the creature. Yes, it has been made before, and better. Dan Stevens is blandly handsome as the Prince but comes to life, wild life as the beast. Working under a superb make up job, Stevens creates a sensitive, kind creature who suffers through bouts of overwhelming fury (he is a beast…), and slowly Belle sees the goodness underneath.

Because we have seen what he was, what he will again be, some of the impact is gone. We can also not get around the fact he keeps Belle as a prisoner at first, only setting her free when he falls in love with her.The enchanted creatures of the castle are voiced by such actors as Emma Thompson as Mrs. Potts, Ewan McGregor as the candle, the wonderful Sir Ian McKellan is the clock, while live action actors Kevin Kline is Belles kooky father, and best of all Josh Gad as the Gaston loving LaFou. This is the first opening gay character in a Disney film, which might ruffle a few feathers, but you know what? Grow up.

As the pompous Gaston, who loves his own reflection, Luke Evans is terrific, though his big number Gaston does not have the infectious charm of the animated film. Some of the effects are breathtaking, truly spectacular, but some show the seams. That could be rushing the film into cinemas to meet the announced release date.  I suspect the film will make a fortune, that dolls resembling Miss Watson will fly off the toy shelves and this Christmas the best selling movie will be this.

I just wish it was a tad better.