Review: Cinderella is a Predictable but Delightful Musical 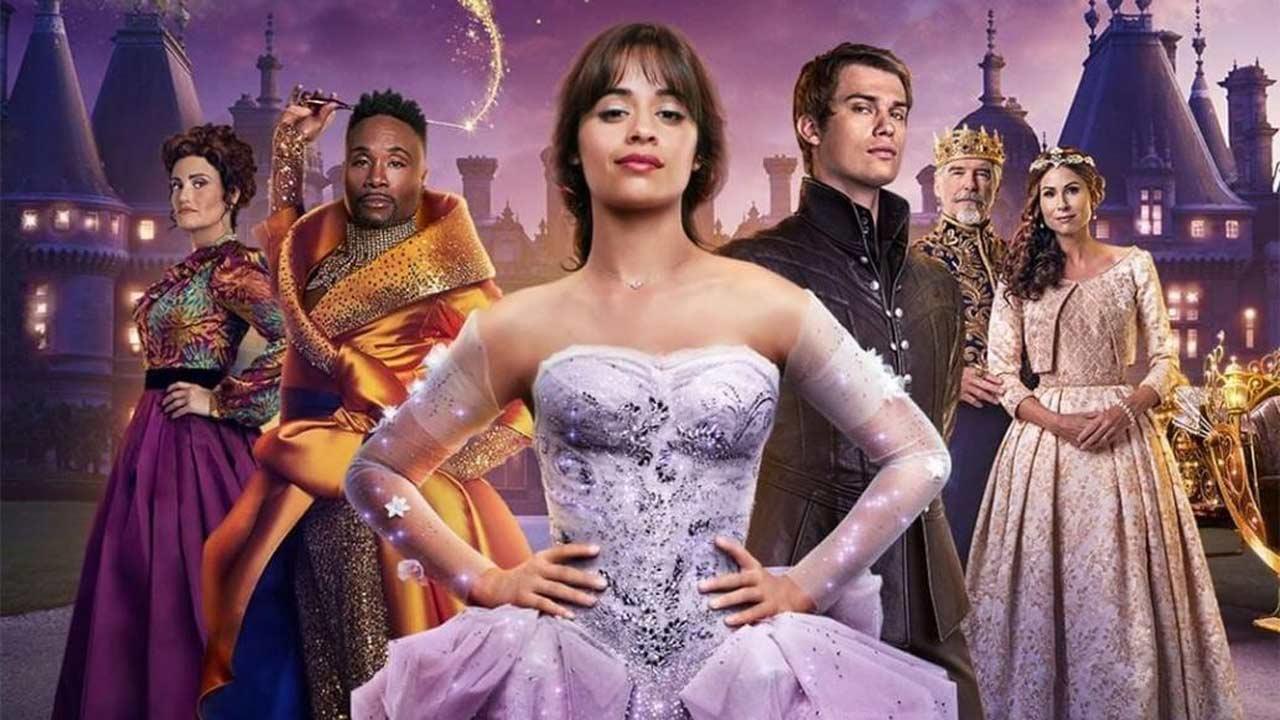 Another day, another ‘Cinderella’. Just how many interpretations do we need to see this oft-adapted folk tale being told and re-told over and over again? Disney’s 1950 animated classic of the same name was undoubtedly the most beloved one of them all and many filmmakers since then have come up with their own takes regardless of animations or live-action versions. There were contemporary re-imaginings on the classic story of ‘Cinderella’ as well, notably the Drew Barrymore-starred ‘Ever After’ (1998) and ‘A Cinderella Story’ (2004), which featured Hilary Duff and Chad Michael Murray.

In this latest ‘Cinderella’ film, which is now available for streaming on Amazon Prime Video, we see Kay Cannon — best known for writing ‘Pitch Perfect’ trilogy — opting for the Nicole Kidman and Ewan McGregor-starred ‘Moulin Rouge’ route while re-imagining the classic story into a post-feminist spin. The basis of the story, however, remains the same: The titular girl (except that her name here is shortened as Ella) is an outcast who is constantly bullied by her mean-spirited stepmother (Idina Menzel) and equally heartless stepsisters (Maddie Baillio’s Malvolia and Charlotte Spencer’s Narissa). She lives in a basement and her only true companions are her beloved mice (voiced by James Acaster, James Corden, and Romesh Ranganathan).

Long story short, Ella turns into a princess for one night with the help of a fairy godmother. But in this Cannon’s interpretation, the fairy godmother is a genderless version nicknamed Fab G played by Billy Porter. Ella’s three mice are all magically transformed into footmen escorting Ella, all dolled up in a beautiful dress with a pair of shiny glass slippers in a horse carriage. However, there’s a catch though: the magic only lasts until midnight and she has to make good use of her limited time to get what she wants. And that is getting the man she loves, which turns out to be a handsome prince (Nicholas Galitzine’s Prince Robert)

In this modernized ‘Cinderella,’ Ella (played by singer Camila Cabello) is a headstrong and ambitious girl, who wants to be a dressmaker someday. She also believes in gender equality, where women should be allowed to run their own businesses and have the freedom to do whatever they want with their life.

And as mentioned earlier, the film’s ‘Moulin Rouge’ route refers to the use of jukebox musical, dominating most of the screentime with familiar pop hits ranging from the townsfolk singing Janet Jackson’s ‘Rhythm Nation’ to Ella and Prince Robert deliver Des’ree’s ‘You Gotta Be’ and Queen’s ‘Somebody to Love’ respectively. Elsewhere, we have Idina Menzel belting out Madonna’s ‘Material Girl’ and at one point, Fab G performs Earth, Wind & Fire’s 1975 hit single ‘Shining Star’. The overall song numbers are all energetic and nicely put together. But the film somehow overstays its welcome when comes to its original lead single, ‘Million to One’. It’s not that the song is bad; it is just unnecessarily repetitive to the point Cabello has to sing three times in this film.

Speaking of Cabello, the former member of Fifth Harmony-turned-solo singer made quite an impression in her acting debut in ‘Cinderella’. It also helps that she is likable while hitting the right spot in her plucky turn as Ella. Her co-star Nicholas Galitzine fares less as Prince Robert, who relies heavily on his pretty-boy look to carry his acting. Idina Menzel, in the meantime, certainly has a great time playing the wicked and at times, sympathetic stepmother. Rounding up the cast are Pierce Brosnan and Minnie Driver playing King Rowan and Queen Beatrice respectively, and Tallulah Greive cast as Princess Gwen — all of them deliver equally solid supports in their respective roles.

Let’s not forget about the trio (James Acaster, James Corden and Romesh Ranganathan) who provide the voices for the CG mice. Initially, I was expecting they are nothing more than a distracting comic relief. Fortunately, it turns out their appearances brought the right amount of lighthearted and amusing moments without going overboard. Well, except for one brief, an unbelievably grotesque scene involving James Corden meant to draw laughter (not for me, though) that should have excised altogether.

‘Cinderella’ is also blessed with both lavish production and costume designs while the film’s nearly two-hour length just breezes by, thanks to Cannon’s pacy direction.

The film is far from a contemporary musical classic, and is closer to Hugh Jackman-starrer ‘The Greatest Showman’. But even with all the familiar storytelling beats typically seen in most contemporary renditions on the classic folk/fairy tales, ‘Cinderella’ remains a delightful piece of live-action musical worth streaming.