Review: ‘Fences’ is Denzel Washington’s Show All the Way 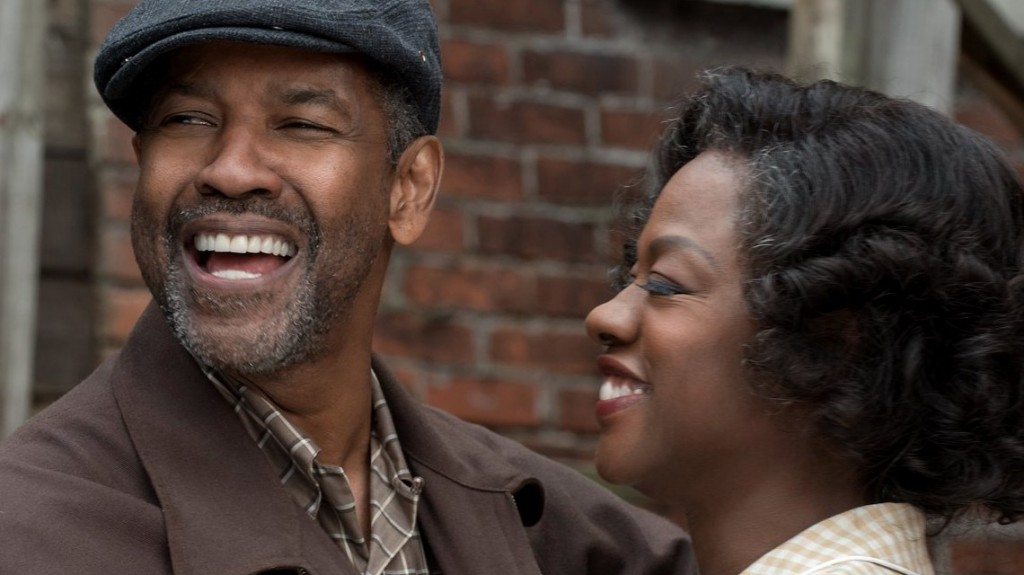 It is quite rare that a great play is adapted into a great or greater film. A Streetcar Named Desire (1951), Long Day’s Journey into Night (1962), Who’s Afraid of Virginia Woolf? (1966), perhaps Cabaret (1972), Amadeus (1984) are brilliant — but this just does not happen that often. The director or screenwriter makes the decision to “open” the play up using other locations and something is taken away from the experience. It took over forty years for Arthur Miller’s masterpiece The Crucible (1996) to come to film in a superb adaptation no one saw. Miller’s greatest work Death of a Salesman (1951) was a disappointing film, but a TV adaptation with Dustin Hoffman was pretty good. Equus (1977) was a startling experience on the stage using actors as expressionistic horses, whereas the film used real horses, which made the violence horrific rather than symbolic. And I could go on, but every now and then a director finds the right tone and nails it.

One of the greatest plays of the 20th century, Fences, by August Wilson, gets the big screen treatment from Paramount, directed by Denzel Washington, who gives what might be the finest performance of his career. Washington, a two time Academy Award winner for Glory (1989) and Training Day (2001), should have won for Malcolm X (1992) and should have been nominated for many other films by now. His first nomination came for his haunting performance in Cry Freedom (1987), and of course he won the following year for his runaway slave in Glory (1989). His towering performance as Malcom X (1992) won him the New York Film Critics Award and he was nominated for an Oscar he should have won. Nominations should have come for Philadelphia (1993) as the homophobic lawyer defending a man with AIDS, and again for Courage Under Fire (1996), but he was overlooked. He was back in the Oscar race with The Hurricane (1999) and then won for his corrupt cop in Training Day (2001). He would eleven years before another nomination, which came for Flight (2012).

Written in 1983, Fences won the Pulitzer Prize and was eyed for a long time as a film adaptation. Washington and Davis appeared onstage in a remount of the play two years ago which seems to have been a rehearsal for this film. Their work onstage together gave them a chance to know and understand these characters in every possible way to the point that there cannot possibly be a false not in their work, and their is not. This is acting at its best, at its very best, they are breathtaking together.

Set in Pittsburgh in the late fifties, Troy (Washington) was a former baseball player in the Negro baseball league, years before Jackie Robinson, is a tough old patriarch with hard-edged pride that has come to define him as a father and husband. He works hard for his money, is a good husband to his wife, lacks warm and fuzzy skills with his sons, and has erected metaphorical fences around himself to protect his integrity and dignity. An angry man, made worse when he drinks, he is pissed off at the world for his lot in life, a garbage man with no hope of anything else despite a good athlete. He has been married twice, adores his second wife, portrayed with stunning dignity by the great Viola Davis who adores him equally understanding him as no one else can. She understands his anger, how it makes him tick, yet is also his greatest enemy, and only she dares attempt to soothe him. She knows the rage he feels over what happened to his brother, Gabe (Mykelti Williamson) brain-damaged in the war, living with them his army payout used by Troy to buy their home with no apologies. The injuries left Gabe like a sweet-natured child, needing Troy and Rose to take care of him, which they do with no questions asked. He is family.

The spiky relationship between Troy and his son Cory is front and center because it appears Troy is actually holding his son back from a strong future and college scholarship. Troy lives with a self-fulfilling prophecy that the white man will always do what they can to keep the black man down, and in his own way he fences himself in to allow this to happen to him.

There is a purity to the acting in the film that is startling and sometimes truly breathtaking. It feels as though we have travelled back in time and cameras have been plunked down in this home and backyard and we are eavesdropping on life. In that sense Denzel Washington the director has done a magnificent job.

A great deal of the work some say might have been done for him with the screenplay, written by the late Wilson, which is filled with stunning monologues and remarkable rhetoric. However it is up to the director which shots to use and how to film those words. My issues a few years with Les Miserables (2012) was the frequency of close-ups were far too many. Here Washington uses a lot of close-ups too, but rather than not work, they work beautifully, allowing the claustrophobia of their world to close in on the characters.

It is however his performance that will be raved about and rightly so. He is a man who can be possessed of volcanic fury, but one who loves deep and with ferocity. No one knows this better than Rose, who is portrayed to perfection by Davis. Both actors are headed for Oscar nominations and each could win their category.

Davis, who many believe was robbed of an Oscar a few years back for The Help (2012), should win the category for supporting actress with apparent ease, there is simply not another performance this year in this realm of genius. She is miraculous in every moment of the film.

Williamson, best known as the doomed Bubba in Forrest Gump (1994) is a revelation as Gabe, the childlike veteran of the war who sees freshness and beauty in all around him.

‘Fences’ is simply one of the greatest adaptations of a stage play ever put to film, and easily one of the years very best films, a remarkable achievement from Denzel Washington and Viola Davis.