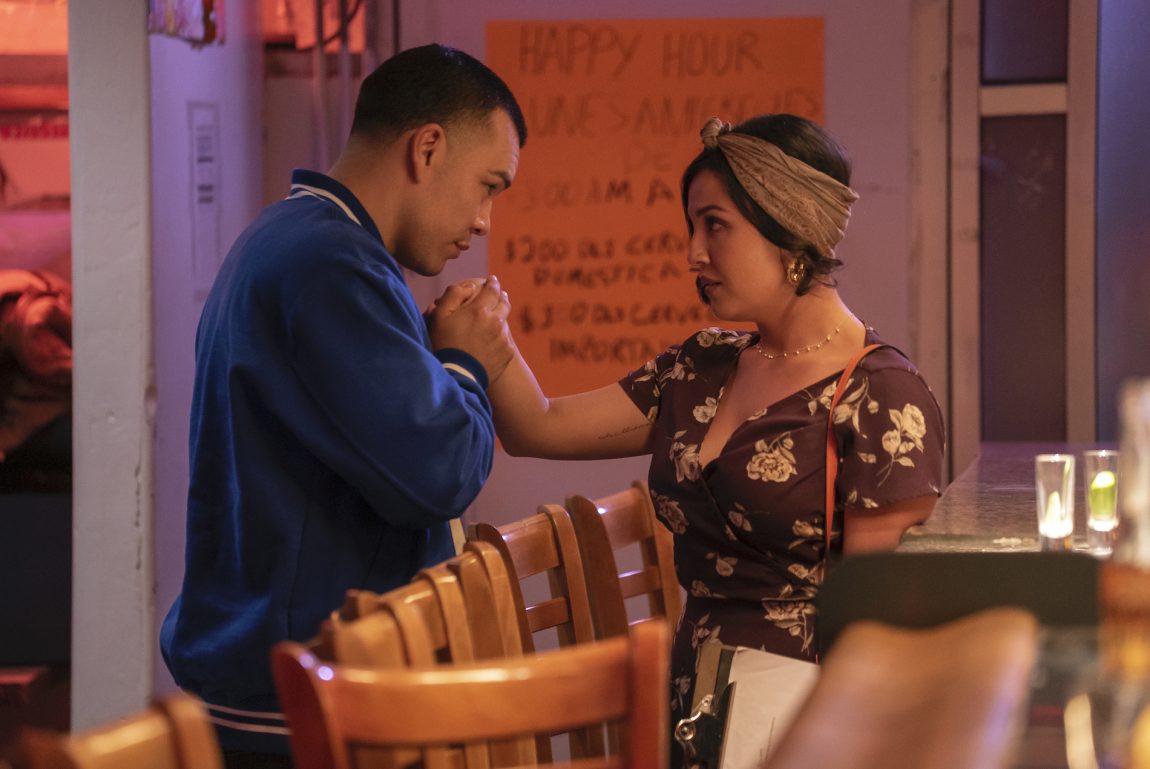 It is the clash between modernisation and traditions that ‘Gentefied’ primarily talks about. In this episode, however, it focuses on dreams and love. If you want to move forward, you will have to leave behind something. Are the characters of the show ready to make that sacrifice? While Ana is dazzled with the sudden momentum that her career has found, Erik has to find a common ground for his dreams that involve a life with Lidia.

After changing up things at the shop, Chris reads some Yelp reviews for the place. It turns out that they have been doing great with the food, but customers have been complaining about the ambience. As usual, Pop doesn’t care what people have to say but then accepts that if they need people to come back to them, they will have to change things. He goes shopping, but the day turns out so much different than he had expected.

On the advice of Pop, Erik visits Lidia, intending to ask for her hand in marriage. They spend some time together, in which he discovers that she has a job offer from Stanford which is too good to refuse. He struggles to make a choice between having the family that he had wanted all along or letting Lidia pursue her dreams. Nayeli makes a video documenting the love story of Ana and Yessika.

After touching our hearts with Javier’s story, ‘Gentefied’ turns its attention back towards the taco shop. Tilted ‘Brown Love’, the seventh episode of the series focuses on the love lives of its characters, each struggling with it in their own way. It begins with Pop. Ever since he lost his wife, he has closed himself from love. There was only one woman for him, he admitted in the first episode, and she is gone. He wants to remain focused on his shop and his grandkids. There isn’t time for anything else. But things are different with Lupe.

Ana dreams about a life where her art is displayed for the world and is celebrated. With Tim, she has that opportunity and she wants to take it further. But she has become blind to the trouble that has been stirring with Yessica. Where does she fit in Ana’s dream? She has always chosen Ana, but will the same happen for her when the time comes?

Erik doesn’t want much in his life. He has no set career goals like Ana or Christian. The only thing that he wants is to be with Lidia and raise their kid together, while keeping the taco shop running. Because his dream is not limited to him, it has to be a shared one. The same should be reciprocated by Lidia, who has dreams of her own.

A couple of episodes ago, she had told Christian that she was applying for Stanford. She needs to do what’s best for the child. Now, Erik faces the same decision, and as Javier had to give up on his dream, Erik also has to make a compromise for the greater good.