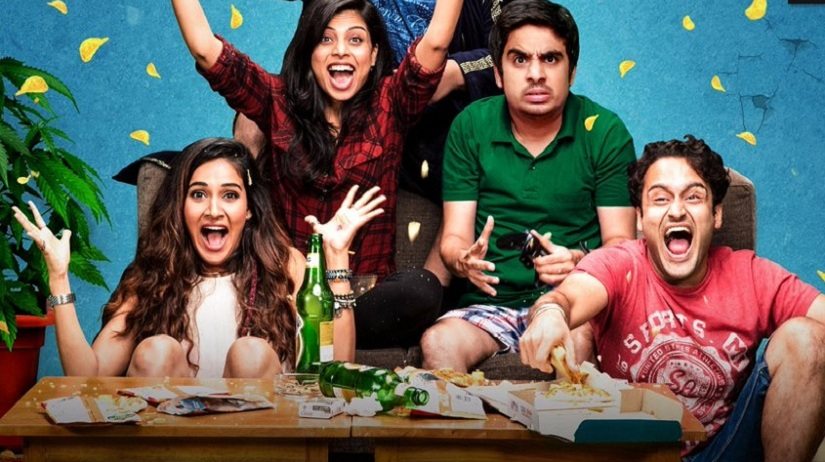 In the Indian web series milieu, there isn’t a bigger behemoth than TVF. After pioneering original web content in the country through ‘Permanant Roommates’ and ‘TVF Pitchers’, they released a slew of well-received, hilarious shows which achieved record viewership. However, with both ‘TVF F.A.T..H.E.R.S.’ and ‘Bisht Please’ failing to create much of a mark this year, TVF seemed to be in dire need of a show to get them back to winning ways. ‘Inmates’, which premiered its first episode on 12th October, is definitely poised to be that show.

After creating a show about a live-in couple (Permanent Roommates), four engineer dudes creating a start-up (Pitchers), a comedian’s life outside the stage (Humourously Yours) and dysfunctional trio of siblings (Tripling), TVF turns their attention to a kind of humans abundantly found in the life of every person who leaves his home to chase his dreams in the big, bad city – roommates. 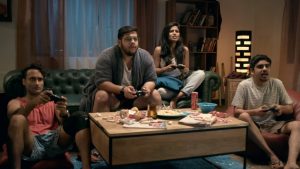 In its first 22-minute episode, we’re introduced to the inmates – Rahul ( Raghav Raj Kakker) is a struggling actor who wants to nail an audition, Madhav (Ashish Verma) is the archetypal townie virgin engineer who just wants to get laid and Fooga ( Kashyap Kapoor) is a rich brat with a mysterious background looking for his drug lord father. Richa (Aakanksha Thakur) is a profane neighbour who always comes over uninvited. And then enters Kay (Mukti Mohan), the uber-hot feisty babe, an uninvited guest in a crowded house, and an unattainable amore for the obviously head-over-heels Madhav. Since it is only episode 1, the inmates spend most of the time introducing themselves and playing PS4 (obviously! If I created a show about my roomies it would just be people playing PS4 for 5 hours ;-P), but there are enough bonding moments, silly fights, petty insults and juvenile jokes to keep one engaged.

With ‘slice of life’ shows like these, casting is a make-or-break factor. While the characters of Madhav and Kay are mercilessly stereotypical, the actors do justice to their parts with gusto, and even though we’re familiar with the run-to-the-ground trope of the virgin lusting after the hot chick from first sight, Ashish Verma manages to elicit laughter with his delivery. Raghav Kakker as a struggling actor is solid as well, although he too, gets bogged down by some cliches in connection with the “struggling actor” character type. The exciting part though, is the presence of the hatke duo of Fooga, a rich stoner with a cockroach for a pet and Richa, the loud, explicit couch monger. Their quirky dialogues and mannerisms are the USPs of the show.

All-in-all, ‘Inmates’ is another spunky, relatable and riotous, if a little cliched, serving from India’s go-to guys for miniseries. If the later episodes manage to tone down its familiar character tropes and let the quirky Fooga and Richa shine a little more, TVF definitely has a win on their hands with this one.