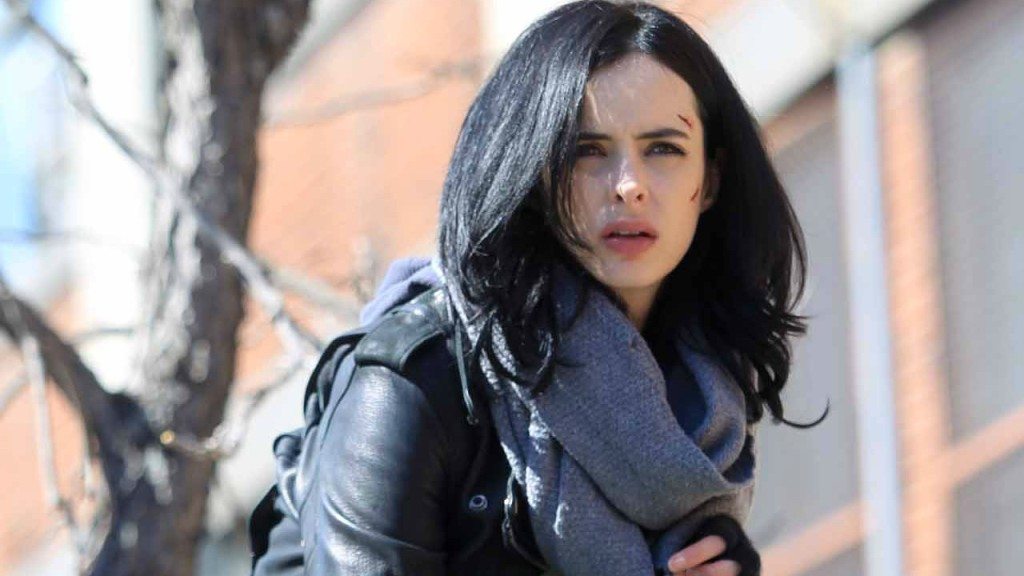 When was the last time you watched a superhero show that wasn’t actually about superheroes doing superheroic stuff, but talked about deeply personal issues which rarely make it to mainstream television ? Never, right? Daredevil came very close to being perfect in this. Matt Murdock takes his disability and turns it into a weapon, channeling his inner ‘devil’ to fight crime. He desperately tries to maintain a code of conduct but fails occasionally, which makes for good characterization and drama.

But Jessica Jones takes characterization to another level altogether. In doing so, it talks about troubling issues and stigmas of our society on a personal level; issues such as gaslighting and rape. 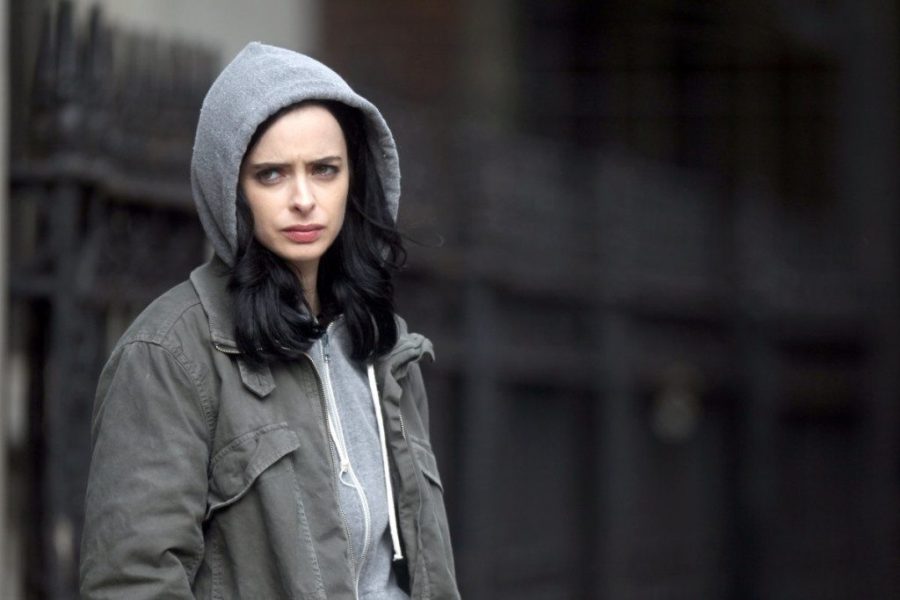 A little background first. Jessica Jones is a former superhero who, after a failed stint in crime-fighting, is making a living as a PI. She is an alcoholic, reckless but utterly methodical when it comes to PI work. She also has a troublesome past, which is hinted in the first episode itself, via quick flashback cuts. Eventually it is revealed that a mind controlling psychopath named Kilgrave is obsessed with Jessica. He, with the help of his powers, had controlled Jessica sometime in the past and kept her as his slave under the pretext of a romantic alliance.

In the present day, Kilgrave starts controlling people around the city, just to get under Jessica skin. He has her followed and photographed for his own twisted desires. The show makes it a point of showing exactly what kind of a monster Kilgrave is: He uses his powers and gets what he wants, violating personal spaces all around, and then tries to justify all that by saying that he “doesn’t know when he is using his powers.” There is one scene when Kilgrave just offhandedly ‘tells’ a magazine vendor to throw a cup of scalding coffee in his own face. The hapless vendor follows his order and burns his own face. There are multiple other instances, but the sheer casual nature of this particular instance stuck with me. Full credits go to David Tennant’s wonderfully creepy acting, which comes as a cross between his Doctor and Barty Crouch Jr., multiplied ten times. 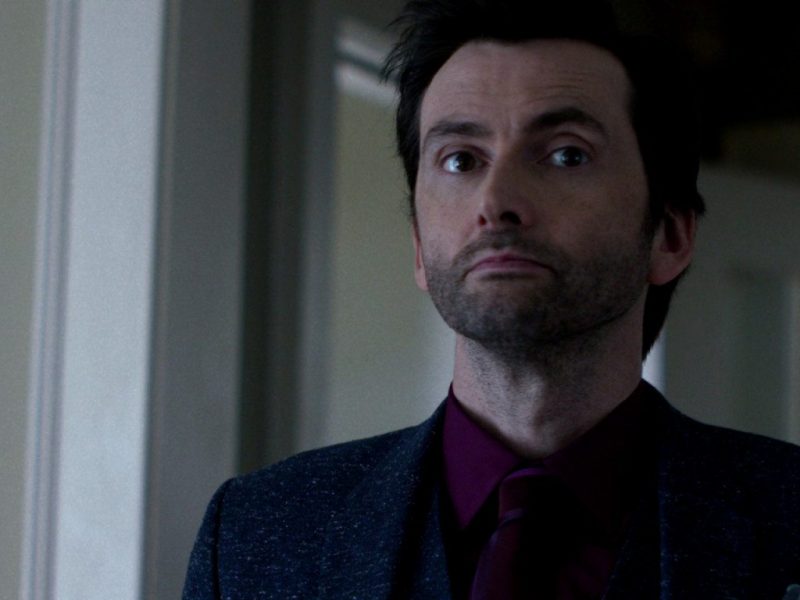 As more and more people become victims of Kilgrave, Jessica agrees to meet him and live with him, to try to find out more about him. It is revealed that his parents did experiments on him in his childhood. At this point, one can’t help but sympathize with Kilgrave, but again, this is intended. It is a play on the societal trope where, eventually, the perpetrator of a shameful crime is believed to be ‘troubled’, and people wholeheartedly jump on the bandwagon of victim shaming. Rape is never the victim’s fault, period. At this moment, the show makes it clear that Jessica was, in fact, raped. Kilgrave again tries to justify it, saying he hates the word ‘rape’ and that his parents made him a monster. It is again a classic commentary on the justification given by rape apologists. Below is a conversation:

Kilgrave: “We used to do a lot more than just touch hands.”
Jessica: “Yeah. It’s called rape.”
Kilgrave: “What? Which part of staying in five-star hotels, eating at all the best places, doing whatever the hell you wanted, is rape?”
Jessica: “The part where I didn’t want to do any of it! Not only did you physically rape me, but you violated every cell in my body and every thought in my goddamn head.”

It all comes down to one word: consent. That’s all.

Jessica, with the help of her childhood friend Trish Walker, tracks down Kilgrave and captures him. It’s soon revealed that Kilgrave’s parents were trying to cure him of a life-threatening disease, and his powers are actually because of a virus that spreads in the air whenever he speaks. His parents had to leave because he was becoming dangerous, ordering around and speaking whatever came to his mind.

The climax of the show is tense and chilling, and I won’t go into those details — It’s a thing to be experienced. The show is filled with great performances all around. Krysten Ritter is marvelous as Jessica Jones, David Tennant is downright terrifying and Carrie Ann Moss makes a welcome return to screen. In Rachel Taylor’s Trish Walker, we get to know about one of Marvel’s oldest superheroes, Patsy “Hellcat” Walker. Her characterization is one of the best things about the show.

Jessica Jones subverts tropes and gives us believable characters, while at the same time being a commentary on society as a whole.