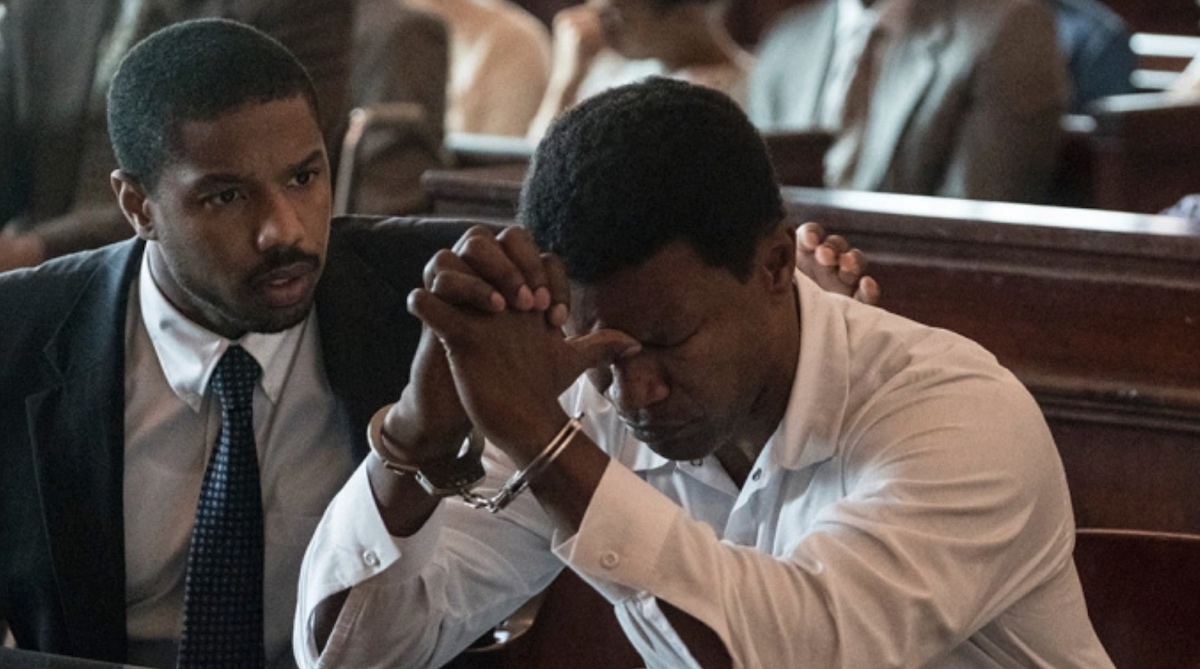 There is no denying that American criminal justice system is broken. One can only imagine that if the existing system is so biased against the poor and minorities, how horrible the situation must have been in the 1980s Alabama, which is where Destin Danial Cretton new film is based. Focussing on the unbelievable true story of Walter McMillian, an African-American man wrongfully imprisoned for murder, ‘Just Mercy’ is as much about one man’s fight against the system as it is about why American justice system needs a sweeping reform.

Even though very conventional in its approach, ‘Just Mercy’ checks all the boxes of a well made legal drama in its 2 hours 15 minutes running time. The film follows young, Harvard-educated lawyer Bryan Stevenson (Jordan) and his fight for justice for Walter McMillian (Foxx). McMillian, in 1987, was sentenced to die for the notorious murder of an 18-year-old girl, despite an overwhelming number of evidence proving his innocence and the fact that the only testimony against him came from a criminal with a motive to lie. In the years that follow, Bryan becomes embroiled in a labyrinth of legal complexities and unabashed racism in his quest to seek justice and freedom for Walter.

Destin Daniel Cretton broke into the filmmaking scene in 2013 with his excellent ‘Short Term 12’. In ‘Just Mercy’, because of the sensitivity of the issue at hand, he has a different sort of challenge than what he might have dealt with in his previous films. Probably, that is why he plays it safe. So, if you are unaware of McMillian’s case, like I was, you will get immediately sucked right into the drama at film’s center. But I can also imagine a person familiar with the case and its final outcome might lose interest because of film’s slow-burning style of storytelling. But whether you knew about the case or not, there’s no way you will not be moved by the film’s truly inspirational ending. It will make you believe in the strength of will power and human courage.

Apart from that, what also works in film’s favor are the two central performances from Michael B Jordan and Jamie Foxx. Both are dynamic and believable, especially Jordan who so often lets his eyes communicate his feelings, which is a mix of anger, fear, and determination. Overall, the film may not break new grounds, but still resonates with you long after the credits have rolled.