TIFF Review: ‘LBJ’ is Disappointing, Harrelson is Not 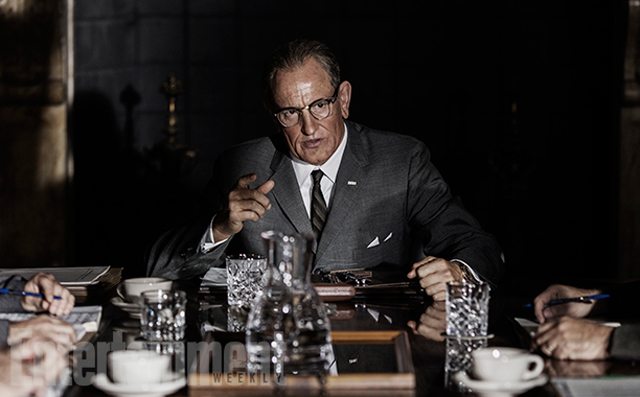 Had anyone suggested to me during the heyday of the popular TV show ‘Cheers’ that Woody Harrelson who portrayed dim bulb bartender Woody, would one day be a twice nominated Academy Award nominee, I would have laughed in their face. It was not a fit, Harrelson and an Oscar, but now in 2016, the actor has been nominated twice, once for Best Actor, the second for Best Supporting Actor and is among the most respected actors of his generation. Comfortable in leading roles or supporting, he is more often than not the best thing in his films, which is true of Rob Reiner’s film LBJ which explores the life of Lyndon B. Johnson. Other actors have tackled Johnson, perhaps best of all Randy Quaid in LBJ – The Early Years (1983) for network television, Tom Wilkinson in Selma (2014) and Bryan Cranston recently and superbly for HBO in the remarkable All the Way (2016) but I am not sure anyone has done so with the heart and soul Harrelson brings to the film.

Johnson was by all accounts a coarse and vulgar man, prone to vicious language when things did not go his way, and he began his presidency under a cloud of grief when Kennedy was assassinated in Dallas, Johnson’s home state. Famously sworn in while on Air Force One just hours after Kennedy died, he was photographed with Kennedy’s widow still covered in blood and brains, her face revealing the shock she felt. Johnson himself came to respect JFK and was distraught over losing him, he often felt he had climbed over the corpse to the Presidency, which perhaps drove him to do some of the great things he did.

The first time we Harrelson as LBJ in this film it is a shock because the latex make-up is obvious and really does not look very good. It looks applied, not aged into as it should, but like Anthony Hopkins as Nixon (1995) though the resemblance might not be strong, he finds Johnson’s soul and gives, I think against the odds stacked against him, a fine performance that elevates the film in every way. In many ways it is fair to say Harrelson IS the film.  The actor slips under his skin and creates for us a stunningly accurate depiction of the former President for whom the times were a changing too fast, he simply could not keep up. Incredibly he died just four years after leaving office at the age of of sixty four. Yes, his Johnson is a blowhard bully who was known to have a bark much worse than his bite, who liked to shout down opposition with vulgar language, and never let anyone forget he was a good old boy always ready for a fight. When he considered running for President and was defeated by Kennedy instead accepting the offer to be Vice President he saw that as both an honor and yet a sense of castration. Yet he found a way to speak the language of the Kennedy’s and after JFK was killed, despite he and Bobby hating one another they found a way to work together. When Johnson signed the Civil Rights Bill in 1964, it was perhaps his greatest act as a President.

What Harrelson captures is his driven fury, knowing he got to the Oval Office because Kennedy was murdered, perhaps he felt he owed it to the American people and to the memory of Kennedy to do exceptional things. When things do not go his way, those in the way are the targets of his fury. Only his wife really understands him, Ladybird, portrayed well by Jennifer Jason Leigh. She alone perhaps sees and understand he is a gentle man really, a good man, something he cannot allow his enemies to see.

Where the film fails, I think, is in the omission of Dr. Martin Luther King, who was one of Johnson’s colleagues and certainly a part of his legacy.

It has been thirty years since Rob Reiner gave us his masterpiece Stand By Me (1986) and though he has made some very good films since, he has never achieved such greatness again. I had hoped he might here with LBJ, but sadly the performance is greater than the film.